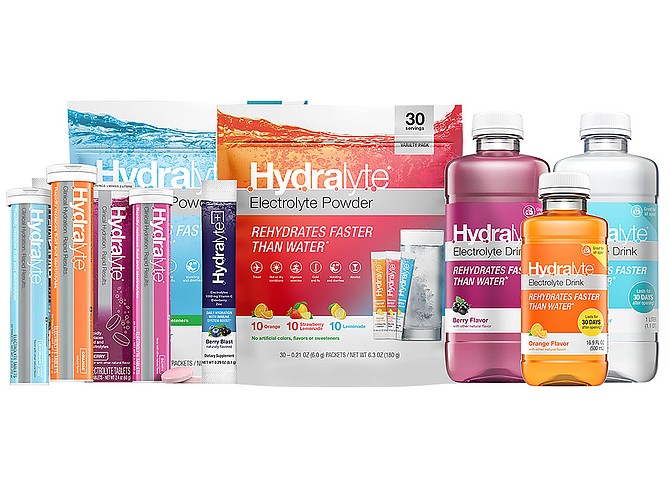 Hydralyte North America, founded in 2018 and headquartered in University Town Center, has significantly increased its sales volume the last 12 months. According to CEO Oliver Baker, this is a direct result of SKU proliferation as well as an acceleration in e-commerce business due to the pandemic. 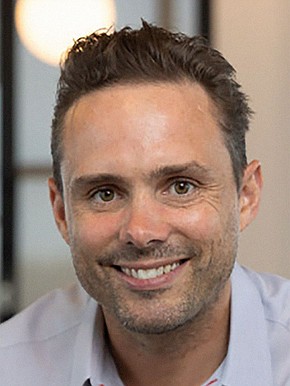 For this reason, Hydralyte, with six employees and currently offering about 12 SKUs, is projected to reach $10 million in revenue by the end of 2021. Originally formulated as a beverage to treat dehydration, Hydralyte products are available in roughly 18,000 doors nationally, like Vons, Albertsons, Rite Aid and CVS Pharmacy, as well as on Amazon and Hydralyte.com.
“Our Amazon business is up 500% since Q1 of 2020,” he said. “The pandemic accelerated the growth, but it was mainly due to new products and new flavors. This includes little instant dissolve powder sticks and tablets and new flavors of existing products, including beverages.”

Some of the new options have added functional benefits as well, said Baker, including encouraging collagen production and added immunity fighting properties.

Much like Pedialyte, the over-the-counter oral dehydration drink targeted toward children, Hydralyte was originally created in 2001 in Australia to treat clinical conditions of dehydration, except it was made for all ages. Developed by a veterinarian, Hydralyte (no relation to Pedialyte) is made of salt, glucose and electrolytes that are then mixed with water and easily absorbed by the body. When the liquid hits the intestines, the cell walls open up and the fluid rushes into the bloodstream, explained Baker, for an instant rehydration effect.

The World Health Organization first discovered the efficacy of the mixture in the 1970s, he said, and used it to treat cholera then.

Shortly after launching, Hydralyte took off in Australia as users began to discover it wasn’t only good for dehydration due to illness, but also for sports players and even hangovers from excessive alcohol consumption. Hydralyte soon began to compete with the likes of Gatorade, the sports-themed beverage, as more professional athletes in the land of down under began to use it as part of their daily regimen.

Upon seeing its growing popularity, the Hydralyte team decided to expand the company’s reach into stateside. In 2018, it set up its North America headquarters in San Diego − and, the rest is history.

Brandon Fishman is CEO of VitaCup, a San Diego-based vitamin-infused gourmet coffee and tea company. A fellow local beverage brand, Fishman said the VitaCup team has been a fan of Hydralyte and has witnessed its growth firsthand.

“Hydralyte’s business has really taken off in the last two years,” he said. “I am a supporter of the business, a fan of the product and have seen their Amazon sales grow six-times from the beginning of 2020.”

Hydralyte North America manufactures most of its products in a small facility on the East Coast as well as in Utah, said Baker, while its powders are made in Switzerland. It has various warehouses, he said, including one in Toronto, Canada.

Late last year, Hydralyte began the process of going public through IPO, said Baker. The goal, he said, is to raise capital opportunities to fund growth for the next few years. While no IPO is guaranteed, the plan is for the company to go public at the beginning of November, he said.

“The IPO market in Australia is always eager for companies like Hydralyte because of the international expansion and the focus on e-commerce, so it made it really attractive to go public there. We were able to access some of the best investors in Australia as a result,” he said. “We’ve been working on going public here all year. That will allow us to raise a bunch of money to fund growth for the next couple of years. We will use that to grow our team in San Diego as well as across the United States and Canada.”

Baker estimates 40% of the capital will go toward marketing, 10% toward product development and innovation and the rest to fund the day-to-day operation.