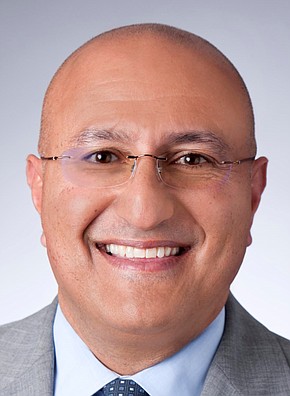 Attisha, who is based in San Diego and will remain so, was previously senior vice president and region manager for California.
In his new role, Attisha will oversee field operations teams across Cox’s national footprint in 18 states, including California. He succeeds Colleen Langner, who was promoted to executive vice president and chief marketing and sales officer. Attisha will continue reporting to Barlik.

In his 14 years with Cox Communications, Attisha has held various leadership roles in operations, business development and public affairs, including six years as senior vice president and region manager for the California region.

Leading Cross-Functional Teams
“Sam’s region manager experience leading cross-functional teams in California’s highly competitive marketplace has readied him to lead our field operations teams nationally,” said Barlik. “He is passionate about ensuring our customers have a superior experience with our company, from the initial service order and install to interacting with our employees and working closely with diverse local leaders to build stronger communities.”

“I’ve been fortunate to work for a company like Cox that is so committed to its customers, its employees and communities, and I’m looking forward to taking on this new role as our company continues its $10 billion investment project to enhance our network in neighborhoods across the country,” said Attisha.

Attisha, who emigrated from Iraq to the United States at age 3, grew up in El Cajon. He holds a bachelor’s degree in business administration from the University of San Diego, and an MBA from California State University, Sacramento.