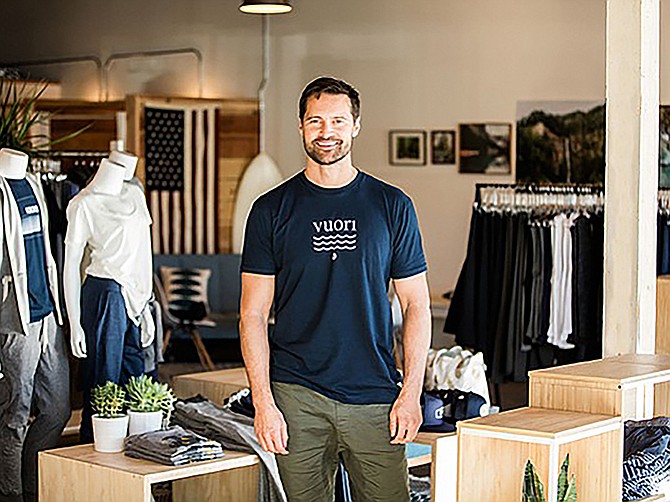 Photo courtesy of Vuori Vuori’s Founder and CEO Joe Kudla says the company’s apparel is “made to wear anywhere.”


Carlsbad-based Vuori has secured a $400 million investment from SoftBank Vision Fund 2 in a deal that values the activewear unicorn at $4 billion – and underscores the excitement buzzing around the surging company known for its ‘SoCal cool’ workout apparel. 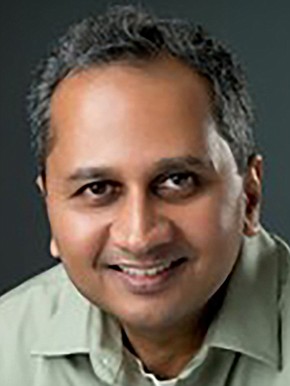 SoftBank’s investment in Vuori was announced last week (Oct. 13) by company founder and CEO Joe Kudla, who started Vuori – Finnish for ‘mountain’ — in 2015 with $2.6 million in seed money from friends and family. Advertisements for Vuori — pronounced “vee-or-ee” — describe the clothing as “an investment in happiness.”
Launched as a DTC (direct-to-consumer) brand, Vuori opened its first brick and mortar store in Encinitas in 2016 and now operates nearly a dozen other stores around the country, competing head-to-head with Lululemon and other so-called ‘athleisure’ brands.

Kudla said his company cultivates a different “aesthetic” than competitors like Nike and Under Armour.

“Vuori has always been about making versatile performance clothing you can wear anywhere,” said Kudla, 43, a yogi and rock climber who moved to San Diego at 18 to play lacrosse at USD — and surf.

For several years after college, he worked as a Dolce & Gabbana model in Europe —”that’s where I got my glance behind the curtain of the fashion industry,” said Kudla, who appears as pitchman in many of the online commercials for Vuori.

Early in his career, Kudla designed and made his first experimental clothing line. “I used to go to L.A. just to shop for fabric,” he said. “I was fascinated by the entire process of making clothes.” He also worked for several years at Ernst & Young while becoming a CPA.

Kudla’s lean, accountant-like discipline in eschewing debt and growing his company organically has paid off – Vuori has been profitable since 2017. “Last year, we tripled our business. This year, we’re going to double it,” Kudla said this week. “And the growth is all being funded by our own balance sheet.”

The company’s apparel is also available in many Nordstrom and REI stores.

Kudla said Vuori will begin an international expansion next year, launching an omnichannel business in key markets throughout Western Europe and Asia Pacific. (Vuori’s clothing lines are made in China, Cambodia and Vietnam and the company operates a large distribution facility in Tijuana.)

While increasing its global distribution footprint, Kudla said Vuori also plans to double its staff as it opens 100 more new stores in the U.S. over the next five years. “By 2024, our plan is to have 1,000 employees,” he said.

Softbank Vision Fund’s $400 million investment in Vuori is noteworthy because the fund tends to concentrate its attention – and investments – in the tech sector. “With its strong consumer engagement, sustainability focus and sheer growth, we believe Vuori is a leading brand in the attractive activewear market,” said Nagraj Kashyap, managing partner at SoftBank Investment Advisers. “We are delighted to partner with Joe and the Vuori team as they introduce new products to consumers and expand globally.”

SoftBank is the second institutional investor to back Vuori. In 2019, Norwest Venture Partners put $45 million into the company.

“SoftBank has a long track record of identifying market-leading companies and supporting entrepreneurs with bold visions,” Kudla said. “SoftBank believes we’re the next leader and we’re grateful to have their partnership as we move into an exciting new period of growth.”

As the brand continues to evolve, Kudla said there are plans to expand Vuori’s product lines, make key investments in infrastructure and people — and broaden the company’s ongoing sustainability efforts.

Through partnerships with Climate Neutral and CleanHub, Kudla said Vuori is already offsetting its 100% of its carbon and plastic footprints — and taking steps to eliminate 80% of plastics from its shipping and supply chain.

Kudla said that while the company clearly has “some dynamic growth objectives,” Vuori’s long-term future is “not yet committed to any specific course.”

Kudla said he chose the name Vuori because he believes “life is a lot like climbing a mountain. It’s hard work but when you get to the top, it’s just amazing. And that’s at the core of our message as a business. We want our clothing to inspire that kind of happiness.”