Carruth Cellars, the largest urban winery in San Diego County, will soon open a fourth and a fifth location. 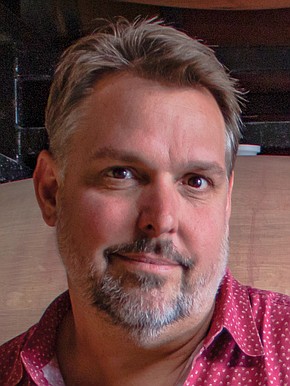 Headquartered in Solana Beach and with two other properties - one in Carlsbad and another in Little Italy - Carruth Cellars is scheduled to open a multi-use venue in Oceanside this fall followed by a tasting room at Liberty Station next spring. According to Adam Carruth, owner and winemaker, the additions will not only impact the company’s roughly $4.4M annual revenue, it will also increase its production from 12,500 cases annually to 15,000 cases per year, he said.
At approximately 14,500 square feet, the Oceanside property is dubbed Hangar 76 for its proximity to the Oceanside Municipal Airport and the CA-76 highway. The multi-tenant location will house Carruth Cellars’ fourth tasting room as well as Tipping Pint Brewing Co., owned and operated by former Pizza Port Solana Beach head brewer Adam Jester. Additionally, Hangar will feature a cold-prep commercial kitchen open to local mobile food vendors, said Carruth.

“I’m really excited about the kitchen here in Oceanside,” said Carruth. “I think there is a big need for a commercial kitchen in Oceanside, or in North County Coastal in general. I only know of one other and I know they are at capacity. We are hoping that, although we are in a weird area because we are by the Municipal Airport, that the project will really come together based on the Farmer’s Market community. And then there’s also the brewery we will have in the building. My partner in the building has a partner in a brewery. So, we will be one of the only places, if not the first place to have beer and wine served in a common area and produced in a common area.”

Assembly Bill No. 1825 was passed in October 2019 and allows producers to hold overlapping licenses to make beer, wine and spirits on the same premises, Carruth explained. As a result, Carruth may be the first operator in all of San Diego to take advantage of the new law, he said.

“People are social animals and they want to hang out with friends and family,” Jester told the San Diego Business Journal last October about the project. “With a multi-use venue, you can bring your family, some can drink wine, some can drink beer… we think this is a unique place where you can go, get a table outside or inside, get a beer or a wine (from two different venues) and sit together.”

Hangar 76 was originally slated to open last spring, but faced COVID-related delays, said Carruth. At the communal cold-prep kitchen, the company will be able to continue to make charcuterie boards, he said, and potentially housemade pizza thanks to a recently-purchased pizza oven.

The Liberty Station expansion came to be when NTC Foundation, behind Arts District Liberty Station, reached out to Carruth about setting up a shop there.

“We were trying to buy a building in San Diego, between Mission Hills and Little Italy, but the market is super hard,” said Carruth. “That’s when NTC called us and wanted us to come in and open an artisan winery at Liberty Station. As part of the new concept, we will focus on artisan cheeses, much like we already do at Little Italy, except we will step it up a notch. Venissimo Cheese closed its Public Market location (at Liberty Station), for whatever reason. So, there is definitely room to expand our cheese program. We hope to fill the gap. We will also continue to sell wines there and grow our membership program at that location.”