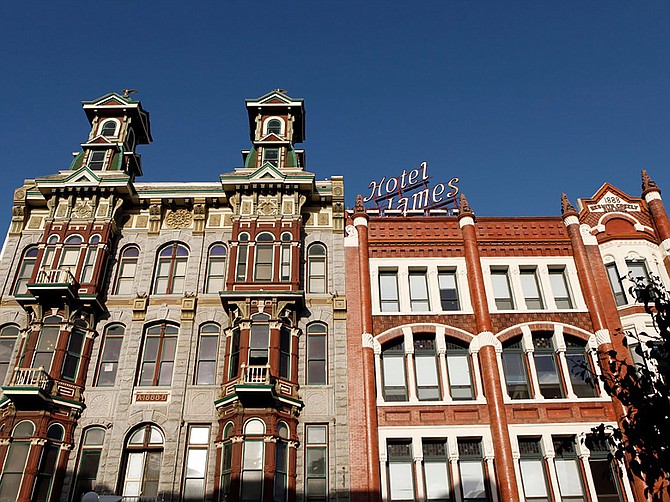 Photo courtesy of Groove Software maker Groove has its San Diego offices in the historic Bank of Commerce building in the Gaslamp Quarter. The San Francisco-based business has more than 50 employees in San Diego and has plans to double that number in the next year.

The co-founder and CEO of San Francisco-based Groove counts it as a fast-growing second home for his enterprise software company. 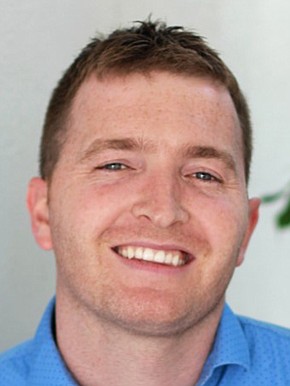 One year ago, the CEO moved himself and his young family to San Diego, finding a home in a suburb that offers good schools.
Groove, founded in 2014, established a foothold in San Diego in mid-2018, initially taking up residence at WeWork. “We started down here as a test, and then it just kept growing faster than we expected,” Rothstein said.

In the past year, Groove has doubled its local workforce to about 50. Rothstein said he plans to double it again. “In a perfect world,” he said, he will try to do that “in the next year or so … It’s just a matter of, can we hire fast enough?”

Rothstein and his team will be using proceeds from a $45 million Series B round of funding, announced on Oct. 14. Viking Global Investors led the round.

Rothstein was previously a sales executive with Google. Groove aims to solve a dilemma he encountered there. He recalled that his sales teams were engaging in activities that were not the best use of the individuals’ time.

The reps were most productive when they were not visible to management.

By contrast, when salespeople documented everything they did, productivity dropped, but the effort generated needed insights.

“It was kind of silly,” the CEO said.

He set out to understand how to optimize an organization without slowing it down.

Groove connects customer relationship management (CRM) software to email, phone and calendar, helping teams be more productive and more consistent in their processes. It claims to give sales teams back 20% of their time, which can be put toward more valuable uses.

The global customer relationship management market was worth $43.7 billion in 2020 and is estimated to reach $96.5 billion by 2028, exhibiting a compound annual growth rate of 10.6%, according to a May report by Grand View Research Inc. Salesforce is regarded as the CRM provider with the most market share.

While some sales team members shy away from using Salesforce, Groove says it increases its clients’ use of Salesforce.

A Potpourri of Talent

At the outset, Groove’s San Diego office was a sales office; the business was looking to grow the sales team faster, Rothstein recalled. Soon the business had engineers in San Diego, as well as support and marketing. At this point, all variety of jobs are coming to San Diego.

Groove management came to the realization that San Diego had plenty of newer talent, some just leaving the university, wanting to stay in the area and looking for the right opportunity in high tech.

Rothstein said he has found that new employees recruited from markets such as Chicago or New York, said they would prefer to work in San Diego over San Francisco.

“I think it comes down to a desirable place to live, a population that wants to stay,” he said.

The new funds will also help Groove expand its international operations and accelerate growth in the enterprise segment of the market. Rothstein would not disclose revenue, saying only that Groove has revenue in the tens of millions of dollars. Enterprise annual recurring revenue has grown 114% in the past 12 months.

Competing companies include Cirrus Insight, Marchex, Outreach, SalesLoft, VanillaSoft and XANT, according to a recent report from Forrester Research — which also regards Salesforce as a competing company.

“We’re capturing a significant amount of enterprise market share from our competition, because our platform was built for the needs of large, complex organizations that rely on Salesforce as their system of record,” Rothstein said in a statement issued in conjunction with the funding round. “We bring automation to the seller instead of requiring that they work out of a separate system. This flexibility ensures extremely high user adoption rates, even with technology averse sellers in non-tech industries.”