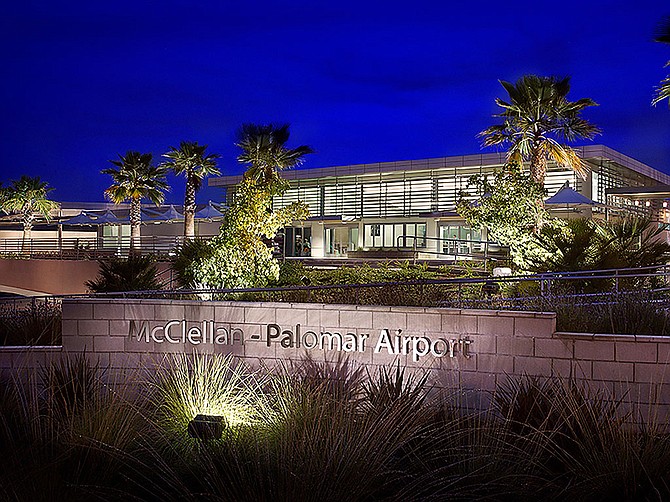 San Diego County’s board of supervisors have postponed a discussion and potential vote to update the McClellan-Palomar Airport’s 20-year master plan.

Supervisors had been scheduled to review the latest master plan at their meeting this week (Nov. 3). The controversial, long-delayed update to the airport's master planning document has been the subject of a lawsuit by a group of Carlsbad residents who say county officials did not properly perform noise studies related to the project's environmental impact report..

Supervisors ordered an update to the McClellan-Palomar Airport Master Plan in 2015. This week’s anticipated approval by the board was expected to pave the way for a long-awaited runway extension at the 466-acre facility in Carlsbad.

The master plan update also addresses a number of other proposed oprational and safety upgrades at the facility.

In announcing the delay, Donna Durckel, a spokesperson for the County, said, “The County received correspondence from the City of Carlsbad related to its conditional use permit for the airport, and staff needs additional time to review and address the information in the letter.”

“At this time, there is no estimated date for when [the master plan agenda item] will be re-docketed,” Durckel added.

According to a recent County-authored report, McClellan-Palomar Airport supports 2,590 local jobs and generated $72 million in tax revenues and $461 million in economy activity in 2019.

The airport averages about 12,000 takeoffs and landings per month.

Taos Air is currently the only commercial carrier operating at the airport. The New Mexico-based airline flies 30-seat Dornier 328 aircraft from Taos Regional Airport twice weekly to Palomar between July and October – and three times a week during ski season between December and April.