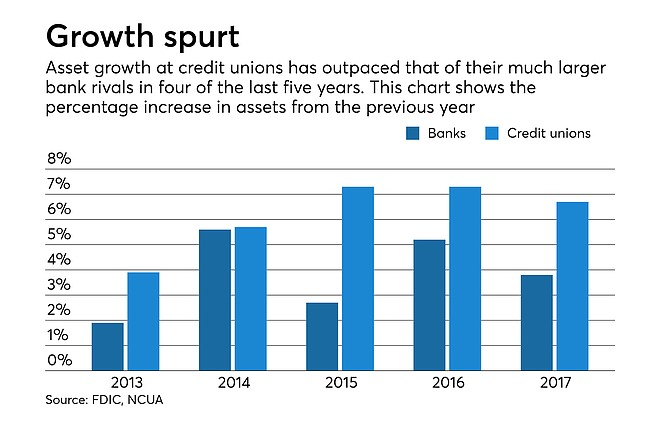 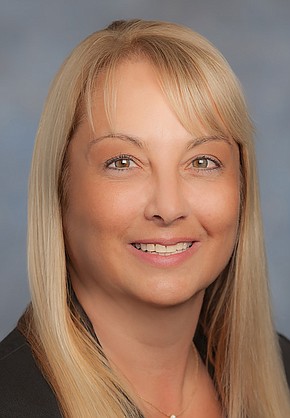 Nationally, credit union membership has grown by more than 20% in the past five years, and 31% in the past 10, surging from 90.5 million in March 2009 to 118.6 million in March 2019, according to the Credit Union Times.
The organization attributes much of the rising business in those divisions due to federal stimulus and lower interest rates. California Union Leagues’ spokesman Matt Wrye said the organization wasn’t all that surprised by the substantial growth.
“The San Diego region will play an integral part in economic growth and consumer spending as the second quarter of 2021 kicks into gear,” he said.

Low Interest Rates
Several of the biggest credit unions in San Diego, reported notable growth in line with the Leagues’ findings.
San Diego County Credit Union experienced significant overall growth in 2020. Total assets grew from $8.47 billion at the end of 2019 to $9.69 billion at the end of 2020, seeing 14% growth. Its assets are continuing to climb in 2021, and have now reached $10.2 billion. 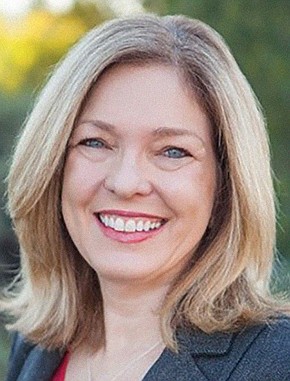 Teresa Campbell, president and chief executive at San Diego County Credit Union, has credited much of that growth to historically low interest rates on mortgages during the pandemic.
“We saw a similar trend in the growth in credit unions following the financial crisis in 2008 — It’s a typical flight-to-safety response when there is uncertainty in the market. When consumers are unsure in times of crisis, they turn to federally insured instruments,” said Campbell.
“With stay-at-home orders, closures of non-essential businesses and travel restrictions, consumers were spending less, which means saving more,” she said.
Founded in 1961, Mission Federal Credit Union is the second-largest financial cooperative based in the region. In 2020, the credit union grew from $4 billion to $5 billion in a single year.
“We have seen growth across all categories, but our overall new real estate loans originated and funded in 2020 of over $1 billion was amazing, and record-setting for us,” said Debra Schwartz, president and CEO of Mission Fed. “Membership growth was spectacular, especially considering we were in a pandemic. Our savings growth is also impressive.” 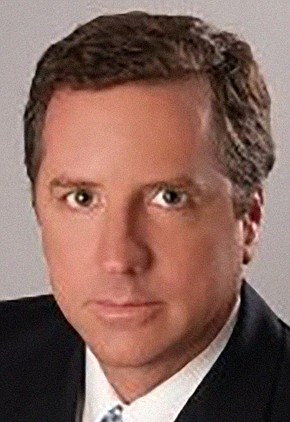 “We also had the ability to focus on our San Diego community. With the generosity of our members and the San Diego community, we raised and donated a total of $680,342 for local non-profit organizations in 2020,” she said. “This has been the proudest moment of my career.”
President and CEO Todd Lane at California Coast Credit Union, the third-largest firm in the region, said the primary drivers behind the growth in deposits included three factors: federal stimulus payments, loan payment forbearance programs, and a general desire to build savings/checking to withstand a potential economic crisis.
“Large consumer purchases such as automobiles slowed significantly during 2020 as consumers were reluctant to take on new debt during the pandemic. Also, many consumers used available funds to pay off unsecured debt (credit card) and were reluctant to take on new debt,” he said.

Helping Members
At USE Credit Union, president and CEO Jim Harris, he noted the credit union experienced a 18% increase for the entire year from a deposit growth standpoint, reaching close to $116 million. 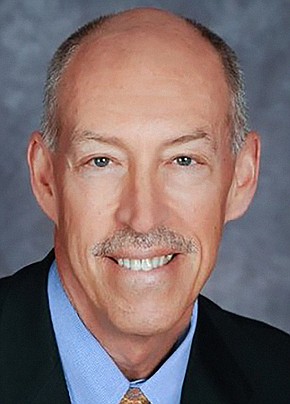 “We didn’t see growth in membership in terms of new members, however we did see the account balances of our members expand significantly,” said Harris. “As a financial institution, it’s great to see a bigger proportion of customers’ financial resources expand because that creates a relationship, loyalty, and ‘stickiness,’ which is good for both the short-term and long-term perspective.”
USE Credit Union also provided $2 billion worth of loan forbearances on the mortgage side, and $10.5 million in consumer loans to its members.
“We provided over $500,000 in emergency loans and fee waivers and granted $30,000 in fee waivers each week,” he said. “This year, we’re seeing 99% of those loans being paid back. It speaks to the soundness of our members and I’m proud of the USE team for doing what needed to be done in such a short time frame.”
Pacific Marine Credit Union, which historically drew members from the Marines, rebranded in 2018 as Frontwave Credit Union, with the explicit purpose of pointing out that they no longer serve a limited audience.
President and CEO Bill Birnie of Frontwave Credit Union, said the credit union saw a 25% increase in deposits, reaching $191 million in total, with roughly $58 million coming in during the month of April last year. 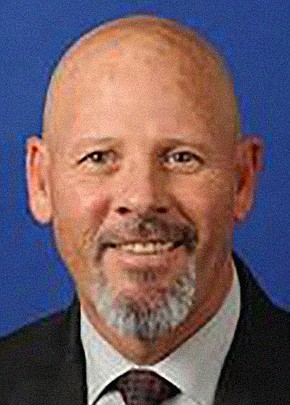 He also noted the firm is up over 10% in the first quarter of this year due to the second wave of the federal stimulus.
“We're not a small business lender but we did participate in the Paycheck Protection Program, which was great for us,” said Birnie. “We observed the way the banks were handling it and we did it differently and better. Moving forward, we believe we will earn more local business accounts as their frustration with banks continues to grow.”
Founded in 1934, Wheelhouse Credit Union, is the second-oldest credit union in the region and was started by City of San Diego employees.
President and CEO Lisa Paul-Hill, noted its deposits grew substantially in 2020 crediting the government stimulus as well as “flight-to-safety response” due to the uncertainty in the market.
“There was so much unknown during the pandemic year. People remembered what happened during the Great Recession, causing them to prioritize saving over borrowing money,” she said. “We immediately jumped into the SBA Paycheck Protection Program, which allowed our loan growth to increase.” 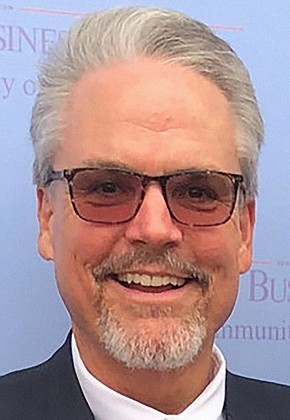 “Although there was a decline in overall loan growth, which the California Credit Union League reported, we saw the complete opposite — we rose 2%,” she said. “Our total deposits also increased by 13% and membership grew 5%.”
Cabrillo Credit Union Interim CEO Pete Sainato, said it gave back $2.5 million in member benefits in 2020, adding that the credit union also saw significant asset growth this past year.

Booming Housing Market
Along with historic low rates, there has been a real estate boom in San Diego with many wanting to upgrade their living situations.
MyPoint Credit Union President and CEO David Brooke, said the local credit union has experienced its largest growth in two areas — real estate lending and commercial real estate lending.
“Borrowers have taken advantage of this low interest rate environment to refinance their homes and commercial real estate properties to significantly reduce their payments,” he said. “In the last month, we have also experienced a spike in business deposit accounts as entrepreneurs are starting up new businesses as the pandemic begins to wind down.” 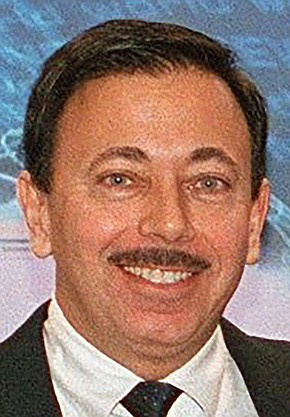 MyPoint has also implemented a streamlined payment deferral program allowing the credit union to grow and strengthen the relationship with its members.
“When the pandemic began, we quickly implemented a streamlined payment deferral program to help our members in need. As a result, we provided over 600 payment deferments on loan balances of over $32 million,” said Brooke. “We are proud of the way we conducted business during the pandemic.”
The pandemic has also accelerated the adoption of credit unions’ remote delivery services. For example, MyPoint rolled out its Person-to-Person Zelle payment product and its usage grew quickly.
More members are using mobile banking, including the chat feature that allows them to securely converse with a contact center staff from the convenience of their home, said Brooke.
“The average age of a member at Frontwave is 34, which is 20 years below the industry average,” said Frontwave CEO Birnie. “This past month, we passed the 2 million monthly-login mark for online and mobile, moving $90 million in a single month. 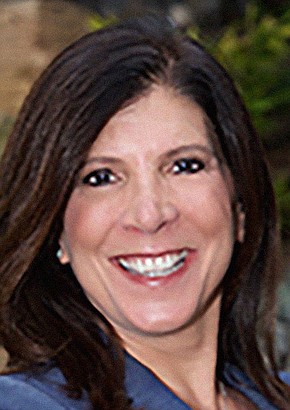 “Offering digital solutions is really important to us,” he said.
Mission Fed’s Schwartz said, expanding its digital and online options for members was another key driver for the growth, adding that members value its focus, communication, and the ability to keep their money secure.

2021 Outlook
In 2021, credit unions are still seeing an influx in deposits, largely due to the latest round of stimulus payments.
California Coast’s Lane said he believes membership growth is and will continue to be brisk as credit unions helped members improve their financial health.
“Credit unions reduced and eliminated many consumer fees during the pandemic, offered no-interest or low interest emergency loans to both members and small businesses, provided loan payment forbearance and many other things around helping credit union members during the crisis,” said Lane.
“Unlike some financial service providers, we do the right things by our members and the community without having to be directed to do so by our governor or others,” he said.
Other local industry leaders predict the deposit growth will slightly decline after the California economy opens up fully after June 15.
“I don’t think the record growth will continue throughout all of 2021, but we’ve certainly seen the benefit,” said USE’s Harris.
Post-pandemic, Wheelhouse’s Paul-Hill expects there will be more flexibility for working parents and long-haul commuters, creating a new standard for the traditional in-person industry.
“The ability to have that hybrid work environment will be attractive to the workforce as more people realize that some employees are more productive working from home, while others thrive in a collaborative work environment,” she said. “Being able to provide both options will be a win-win for our employees.”
“One of the many things that I admire about Cabrillo, is that it has always been a strong community credit union,” said Cabrillo’s Sainato. “Looking forward, I expect credit unions will be more relevant today than they were before the pandemic, they stepped up and assisted the community when times were difficult.”