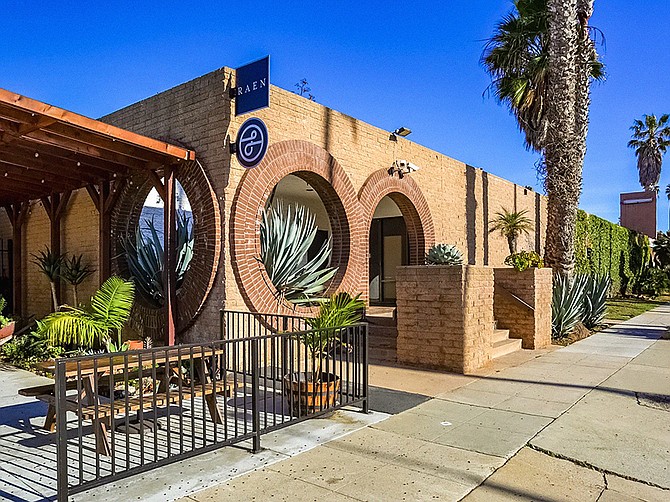 The former North County Times building in Oceanside is in the midst of an Oceanside neighborhood that is undergoing a renaissance. Photo courtesy of Lee & Associates. 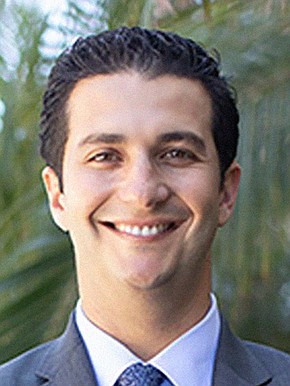 “I had guys fly in from San Francisco, New York, Texas that are really interested in the property, pretty sizable developers,” said Greg Gershman, a principal of Lee & Associates-North San Diego County.
Lee & Associates is the commercial real estate firm that’s marketing the property,
The zoning on the 1.66-acre property would allow for a variety of uses.
“We have people looking at it for ground up development but also from a retail repositioning,” Gershman said. “I think at this point in time, it’s a retail repositioning of the property.”
One group of potential investors is looking at renovating the property to use as an event space with one or more restaurants, Gershman said.
“There’s excitement, especially in the South Oceanside community over what it could end up being,” Gershman said. “I have a passion for the building, I really do. It’s such a unique asset.”
Located at the intersection of South Coast Highway and Cassidy Street on two parcels of land, the two-story former newspaper building has 29,441 square feet of industrial/warehouse space and 15,995 square feet of office/retail space. 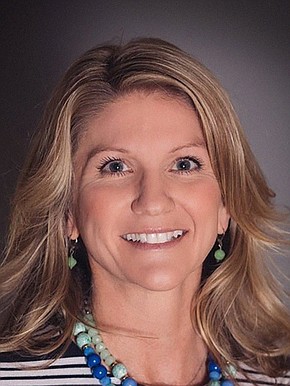 “It is a catalyst of a project for South Oceanside. There’s no other building larger than that building,” Gershman said. “The project, in my personal opinion, is what levels up Oceanside. It takes it to the next level.”
The former newspaper building is in a section of the city that is going through a renaissance, said Michelle Geller, Oceanside economic development manager.
“Where there was not a lot of activity until you got more into downtown, I’d say the gaps have been closed from South Oceanside,” Geller said. “You can really work your way up Coast Highway from Vista Way all the way downtown and hit a bunch of cool restaurants and shops. There’s a couple of new residential projects with another one on the way at Morse (Street) and Coast Highway that are mixed use, multi-story residential. Even off Coast Highway, we’ve had JS Industries, an industrial surf company has moved into a space on Wisconsin (Avenue).
JS Industries earlier this year opened its North American headquarters in Oceanside at 305 Wisconsin Ave. 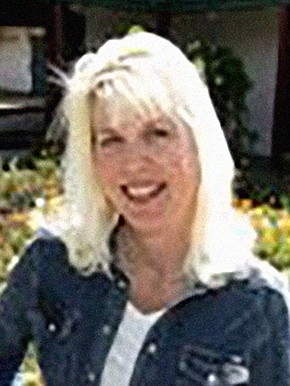 Built in 1968 as the new home for the Blade-Tribune that later became the Blade-Citizen, the property has historical significance as the former home of Oceanside’s daily newspaper but hasn’t been designated as an historical site, said Kristi Hawthorne, president of the Oceanside Historical Society.
“It Harkens back to the day when Oceanside had a daily paper,” Hawthorne said. “It does represent a heyday in the 1960s when Oceanside was really in its glory years.”
The paper became The North County Times in 1995 with the merger of the North County Blade Citizen in Oceanside and the Escondido Times Advocate. In September 2012, the paper was sold to Doug Manchester, who owned the San Diego Union-Tribune at the time and later ceased publication.