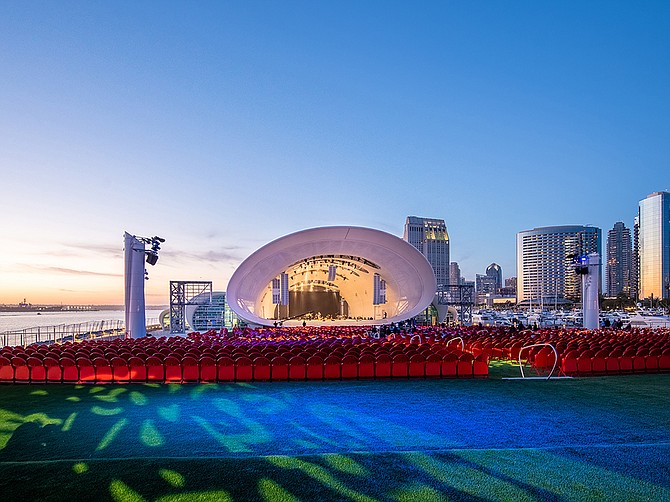 San Diego Symphony has officially named its outdoor venue the Rady Shell, in honor of the generous donation from philanthropists Ernest and Evelyn Rady. Photo Courtesy of San Diego Symphony. 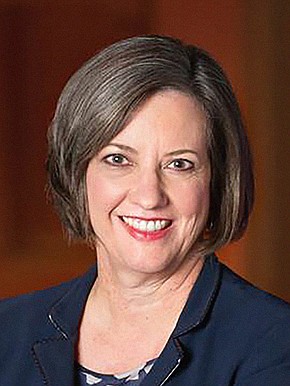 Earlier this month, the Symphony announced it had reached 75% of its $125 million comprehensive campaign goals. Launched roughly five years ago, “The Future is Hear” has raised $98.4 million to date, according to Martha Gilmer, CEO.
Now, the San Diego Symphony, which also serves as the orchestra for the San Diego Opera, has revealed it has named its soon-to-open outdoor venue The Rady Shell.

Public Offering
Previously known as just The Shell, The Rady Shell is named in honor of Ernest Rady and Evelyn Rady, according to the organization. The Radys contributed the lead gift of $15 million to support the construction of the permanent outdoor venue.
Additionally, The Rady Shell’s bayside surroundings have been named Jacobs Park in honor of Joan Jacobs and Irwin Jacobs, who gave $11 million; the central gathering space has been named Prebys Plaza after Conrad Prebys and The Conrad Prebys Foundation, which made a $15 million contribution; and the performance area has been named the Una Davis Family Stage for Una Davis, who made a $10 million gift.
The public offerings portion of the campaign is now open on SanDiegoSymphony.org. 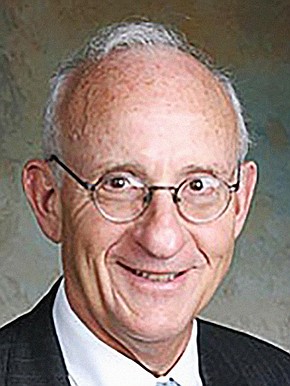 Permanent Outdoor Home
“We are supporting this project because of the impact we believe it will have on our city and our region -- welcoming both our residents and our visitors,” said Ernest Rady. “This is a venue that will not only feature our amazing orchestra and preeminent artists, but also be a public park with programming for families, school children and individuals on the beautiful landscape surrounded by San Diego Bay with our city’s skyline in full view.”
Added Irwin Jacobs: “It was more than 18 years ago that we first thought the San Diego Symphony should have a permanent outdoor home. The summer season has long been a memorable tradition to so many San Diegans. From Inspiration Point, Mission Bay and Navy Pier, we were an orchestra looking for the perfect location. Finally, with the move to the Embarcadero Marina Park South we found our place. It took many more years to make it our home, but with The Shell’s opening that is exactly what it will become… What we are truly excited about is the acoustic magnificence of the venue, showcasing our marvelous orchestra and its guests with truly excellent sound.” 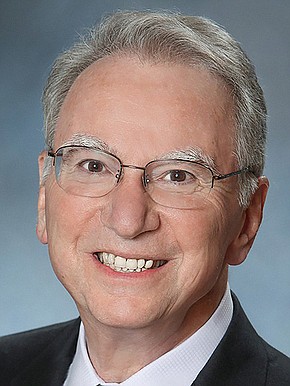 To Jacobs’ point, Gilmer said The Rady Shell is still on track to open this summer. The only task left is to put signage up and to complete the acoustic balancing of the two sound systems. There are two separate sound systems, one for the stage and another for the audience, she explained. The San Diego Symphony had to wait till this point to balance the systems because it is now able to get a larger number of musicians on stage. Now that COVID-19 restrictions have eased and orchestra members are vaccinated, 45-50 players will be able to perform together, Gilmer said.

110 Half Day Events
Upon opening, The Rady Shell can host up to 110 half day events per year as part of its lease with the Port of San Diego. A heavy portion of those will most likely take place between the months of May and October, said Gilmer.
“But nothing says we won’t be out there throughout the year,” she said. “We want a year-round outdoor performance venue. I can imagine we can have concentrated festivals over the weekends. I’d love to have a Lunar New Year celebration -- who knows what we will be able to do on New Year’s Eve. The opportunities we will have to gather there at different parts of the year are no longer just during summer.”