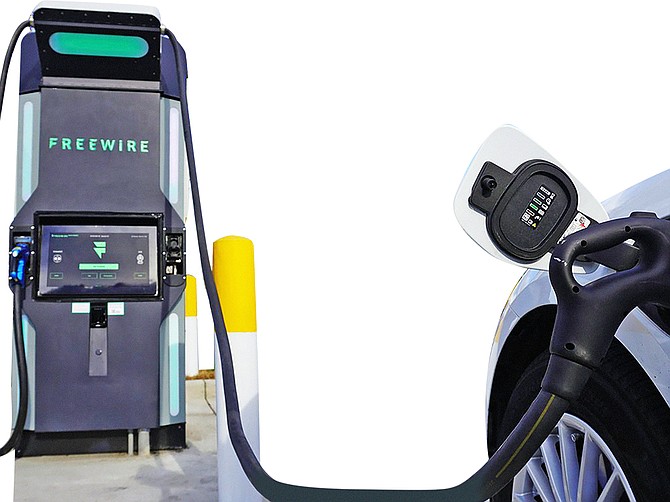 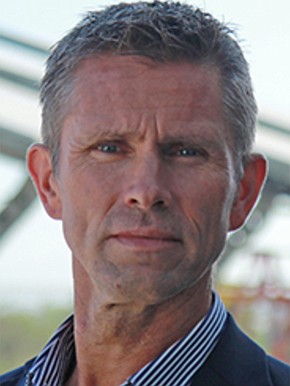 Beam Chief Executive Officer Desmond Wheatley said that this is the largest single order its company’s history.
“We believe that this, the largest single order in our history is indicative of an increased emphasis on rapidly deployed and grid independent EV charging infrastructure by all branches of government,” he said. “We applaud the state of California taking this leadership position in securing the fuel of the future for California.”
Beam Global is one of a growing number of companies in San Diego working to piece together the puzzle of electric vehicles (EV) charging stations.

$750M Deal
Nuvve Corp., a new publicly-traded company (Nasdaq: NVVE) in Liberty Station focused on “vehicle-to-grid” technology, recently formed a joint venture with Stonepeak Infrastructure Partners, a partnership valued up to $750 million.
The duo will create a new entity, called Levo Mobility, a venture aimed at accelerating the transition to electric school buses, a Biden administration priority.
Chairman and Chief Executive Gregory Poilasne said it plans to remove barriers that currently exist for school districts and other fleet operators to convert to electric vehicles.
“We’re expanding the use of Nuvve’s V2G technology to lower the total cost of ownership for end users,” said Poilasne. “We look forward to working closely with the team at Stonepeak and our other partners in the EV ecosystem to continue delivering our technology and solutions to fleet customers, grid operators, electric utilities, and other stakeholders around the world.”

Partnerships
UC San Diego has partnered with several companies in the private sector and claims to have the largest and most diversified EV charging infrastructure of any university worldwide. 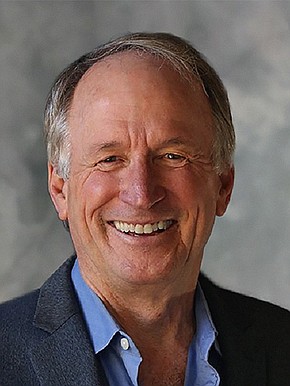 Byron Washom, director of the Sustainable Energy Initiatives at UC San Diego, is an alternative-energy pioneer who in 2008 moved to the campus, he describes as a “living laboratory” — UCSD generates 82% of its energy on-site.
“In terms of technology development, we’re probably in the 7.5 on a 10 point scale on what we call technology readiness,” said Washom. “We’ve seen a tremendous amount of innovation over the last five years and we have even more to come.”
UC San Diego has an ongoing demonstration project with the California Energy Commission in partnership with Nuvve. It has worked with over 13 companies in the private sector in the past four years, many which are in the commercialization phase, said Washom. 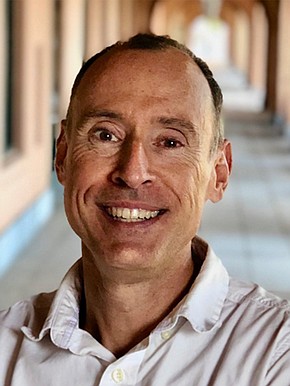 “Companies in San Diego are now focusing on clean energy more than ever,” said Marc Trahand, vice president of marketing of Nuvve. “In order for more people to adopt this technology, you have to show it and demonstrate it. We have a projects with UCSD, SDG&E, and San Diego Unified School District — being able to showcase our technology in the region is key for all of us.”
Nuvve’s technology, known as vehicle-to-grid charging, addresses a central issue with the transition to electric vehicles: While replacing fossil-fuel-powered vehicles with electric ones reduces emissions, the rise in the number of electric vehicles also increases the demand on the grid.
With vehicle-to-grid technology, an electric vehicle’s battery can store energy from other sources and pool it with energy stored on other vehicles’ batteries to form what Nuvve calls a virtual power plant.

Testing in San Diego
Last week, a maker of electric car charging devices FreeWire Technologies, installed its first charging station in the San Diego area in Valley Center. It is part of a first of its kind fuel center and market project by the San Pasqual Economic Development Corporation . This is an effort to bring convenience to San Pasqual Tribal members, community residents and visitors, according to the SPEDC.
Susie Monson, head of sales engagement at FreeWire, said it is one of the company’s first installation in the region and plans add more units later this year.
“Many consumers see a ton of benefits of an electric vehicle. From cities to universities to corporations — there all shifting, and not just for environmental concerns,” said Monson. “It’s largely because they cost less to operate and even less to charge an electric. It’s also very appealing in many locations. We’re starting to gain a lot of traction.”
The fuel center will include several high-tech EV chargers. FreeWire was the first battery-integrated electric vehicle charger deployed in the U.S. and offers speeds of up to 480 miles of range with a one-hour charge.

Growing Competition
Michael Simon, former president and chief executive at TransPower, a maker of electric-drive systems for big-rig trucks, said the region is a hotbed for the electric vehicle sector.
“This is a statewide phenomenon. I’ve been saying this for over 25 years ago. I believe all vehicles are going to be electric,” said Simon, who resigned from his position in January 2020 and runs RockeTruck, an early-stage trucking startup.
He also noted that the uptick in investment dollars into EV-related startups and company creation can be a two-edged sword.
“Players in the space will continue to make inroads. Electric vehicles are no longer viewed a novelty item, it’s here to stay,” said Simon