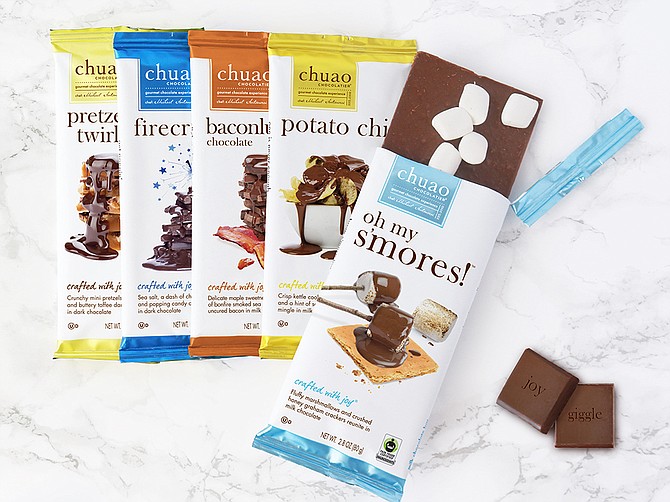 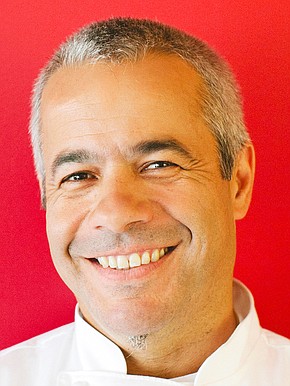 That’s why, when the Carlsbad-based gourmet chocolate company began hosting virtual tastings spawned by the COVID-19 pandemic, Founder and Chef Michael Antonorsi knew he needed to use the earnings to help those in need.

Since December, Chuao Chocolatier, with roughly 50 employees, has donated $11,000 to Feeding San Diego as well as two organizations located in Antonorsi’s native Venezuela. To date, Chuao Chocolatier has hosted 25 to 30 virtual chocolate tastings, he said, and the company’s online sales have grown by 400%.

“Ernst & Young called us up and said they wanted to do a virtual tasting,” said Antonorsi. “So, I sent them 20 boxes and filmed a 25 minute video for them to watch. But they came back and said, we want you. So I started to think about what I would charge for this and what I decided was, I can charge a fee for the hour of tasting based on group size and then I can take that money and donate it to Feeding San Diego. With no shame, I asked for money for my time and then share it with those that are having trouble.”

Other Activations
The Chuao Chocolatier virtual tastings have led to other, newer activations for the company.

Normally, it specializes only in making bars as well as truffles and bonbons, he said, which are sold through direct and indirect channels. The bars are available in about 20 flavors and sold in 3,500 doors including Whole Foods and Ralphs. The truffles and bonbons ship directly to consumers from the company website or Amazon, said Antonorsi, as they have a shorter shelf life.

But since launching the virtual tastings last December, Chuao has partnered with local wine companies for wine and chocolate pairing events as well as with local breweries. It recently did a co-branding campaign with Barrio Logan’s Thorn Brewing Co., he said, which uses Chuao Chocolatier products to make chocolate-flavored beers that are released quarterly.

“First Christmas, then Valentine’s Day and now Mother’s Day in May and we are still going strong,” said Antonorsi of the success of the virtual tastings. “It’s great marketing and I get to spend an hour with all these people, creating awareness and having a rich, deep, intimate moment with them.”

Complete Rebranding
Chuao Chocolatier hasn’t always been in a position to help others to this capacity.

In 2010, Antonorsi and his team decided to do a complete overhaul of the company because it felt it wasn’t connecting with its audience. It changed its packaging as well as its tagline, he said, which was originally “Unusual, Unexpected and Delicious” followed by “Arousing Senses with Delicious and Engaging Chocolate”.

“Unusual and unexpected is not welcomed by the American public -- we like familiar,” said Antonorsi, “and arousal is associated with sexual arousal. I was trying to push my emotions out there through the products, and, honestly, had a lot of struggles for nine years as a result -- I just couldn’t figure out the reason we were not connecting with our customers.”

But when the company did the rebranding, switching over to the idea that Chuao Chocolatier provides joy through chocolate, that was the aha moment, said Antonorsi. That year, the company grew its revenue by 130%, he said, and recovered all of its losses in a three year span.

It’s 30,000 square foot facility in Carlsbad is continuously in R&D mode, said Antonorsi. On its busiest days, it produces about 36,000 bars via three production lines, he said.
“We want to have sustainable growth,” said Antonorsi.