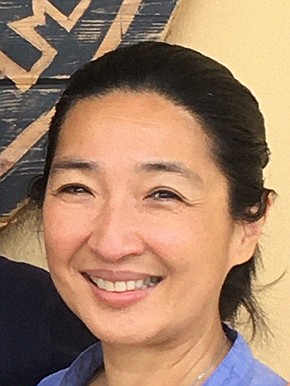 The shop’s homey interior is lined with imitation brick and wood paneling. A high shelf on one wall holds antiques and knickknacks — an old time supermarket scale, several signs — but no one can enjoy the interior while COVID is still a concern in the wider community. Chairs are stacked up.
“I feel like I’m waking up from a weird dream,” said Lopez, who owns the business with her husband Peter Le and his twin brother John Le.
Not long ago, Sandwich Emporium generated about million dollars in revenue, but then COVID came along. The three business partners let leases to other spaces expire in 2020, and reduced the business to one location in a two-story shopping center on Clairemont Drive. Once COVID is over, the three will consider expansion. 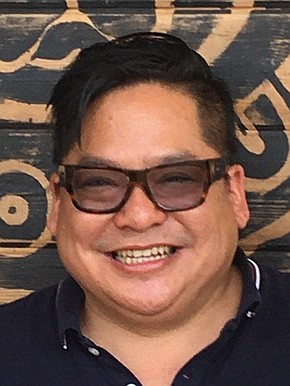 Sandwich Emporium was founded in 1974 and has been owned by a succession of people with strong ties to other countries. Lopez is originally from the Philippines. Peter and John Le were born at Sharp Hospital one year after their family departed Vietnam in a boat.

Childhood Memories
The brothers once lived three miles away. Peter Le recalled his first turkey sandwich at Sandwich Emporium, and what a contrast it was to his mother’s Vietnamese cooking. The dinner table was always the place his family — including the twins and their eight siblings — bonded, Peter Le said. He described his mother as someone who “loves to make people feel happy through food.”
They attended local schools, including University City High School. Peter Le went to study at Cal State Northridge while John Le went to San Francisco State. Lopez, for her part, lived in New York and Los Angeles and studied at the Fashion Institute of Technology. 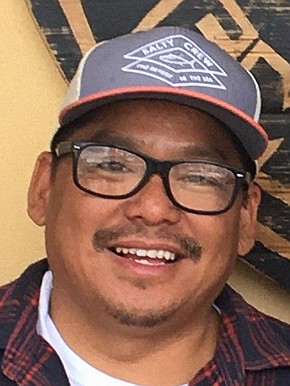 Peter Le said he had long entertained the idea of working in hospitality. In 2004, the brothers learned the sandwich shop they knew from childhood was for sale. At the time, Peter Le and Lopez were living in the Los Angeles area, reselling designer clothes and overstock fashion items on eBay. The online sales space, however, was growing more crowded. Meanwhile, John Le was laid off from a San Diego job. That, however, turned out to be a blessing in disguise.
The brothers jumped at the chance to buy the shop, helped with financing from their family.
“I rediscovered the place,” Peter Le said. Today it feels like home.

The Saigon Grinder
It’s an extensive menu at Sandwich Emporium. Food mixes the tastes of East and West. The most popular sandwiches include the Saigon grinder, a mash-up of American and Vietnamese tastes, with roast turkey, cucumbers, house Asian coleslaw (which is vinegar-based rather than cream based), house pickled jalapeños, cilantro and mayonnaise on a garlic roll.
A “Pho-wich” is inspired by the Vietnamese soup of the same name, with roast beef, basil, tomato, onion, cucumbers, pickled jalapeños and hoisin mayonnaise on a buttered garlic roll.
Other popular items include the California, the Cali melt with avocado, the bacon clubhouse melt and the Southwest chicken chipotle.
Catering has helped carry the business along. However, orders from tech businesses in Sorrento Valley thinned out when offices closed. In recent months, the business has provided meals for hospital staffers. Online sales have turned into an important channel for the business.
Sandwich Emporium supports the Asian Business Association of San Diego and does its best to help out the wider Asian community, Peter Le said.
Happily, the business was able to stay open all through the COVID emergency. “The community has been amazing. We are grateful,” said Lopez.