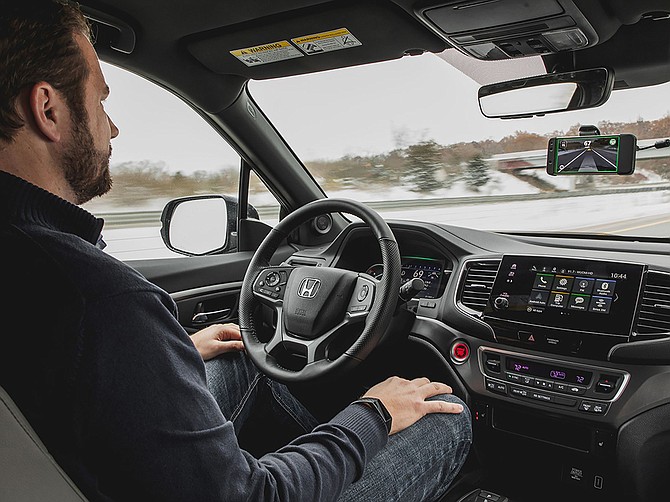 Comma.ai’s control is based almost exclusively on a single windshield-mounted camera. It collects the data from the 2500 units currently in use in order to learn from errors and make the system smarter. Photo Courtesy of Comma.ai. 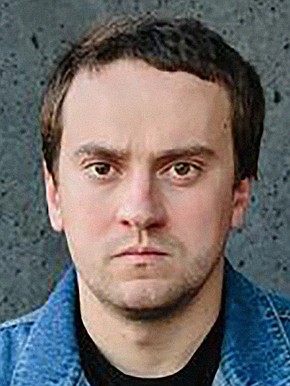 Comma reported bringing in approximately $5 million in annual revenues last year, and anticipates surpassing that number in 2021. It also said a record 40 million miles of driving data have been collected from drivers using its inexpensive off-the-shelf electronics.

Founded in 2015, the company’s mission is to “make driving chill,” specifically by bringing semi-autonomous driving capabilities to cars.

“Our mission has been the same since the beginning. It’s to solve self-driving cars while delivering shippable intermediaries,” said George Hotz, founder and president of Comma.ai.

Updated Software
The firm makes a system that outfits a number of cars produced by a range of automakers — among them, cars made by Chevrolet, Honda, and Toyota — with self-driving software and hardware. Comma has open sourced the software, which it intends to be used with hardware that it sells.

It uses computer vision to understand the environment around it, as well as driver monitoring to track the alertness of the driver, which enables hands-free driving.

Hotz said that Comma’s key ingredient is “shippability,” a key ingredient he says other companies lack. Automakers and other startups are fond of announcing self-driving car projects, but he points out that many of these companies don’t even have hardware, let alone products they can sell to consumers.

“Our software gets updated every month,” said Hotz. “The only other car manufacturer that’s doing updates is Tesla’s Autopilot. Even Cadillac’s Supercruise, which was competitive at launch, doesn’t have any software updates besides safety concerns.”

Improved Features
As more miles of data are collected on its Open Pilot, the better the autonomous driving solution becomes, said Hotz, adding that it creates better AI models that enable the car to navigate different environments.

Another feature that stands out is that the system alerts you when the driver is not paying attention. As users get more accustomed to their vehicles helping their driving experience there’s the tendency to stop paying attention and be tempted by the lure of a smartphone. The Comma Two notes that and guides your focus back with a warning.

While Tesla and others aim to provide self-driving cars to the masses, the Comma.ai team sees a major opportunity to make driving safer in the meantime by getting some autonomous features to human drivers today.

The Comma Two is a niche product for enthusiasts. The hardware costs $999 with an additional $200 cable needed. For regulatory and liability reasons, customers have to install the OpenPilot software onto the Comma Two.

What’s Next
Comma will eventually come out with the Comma Three, however the release date has yet to be determined. It plans to release a new product every other year, similar to Apple’s product release roadmap.

“Comma AI for people who want to push the future forward,” said Hotz. “Our goal is to basically own the network. We want to own the network of self-driving cars that is out there.”

To date, Comma.ai has raised a total of $8.1 million in venture funding. Its most recent fundraising round was its Series A funding, led by Andreessen Horowitz in 2018.