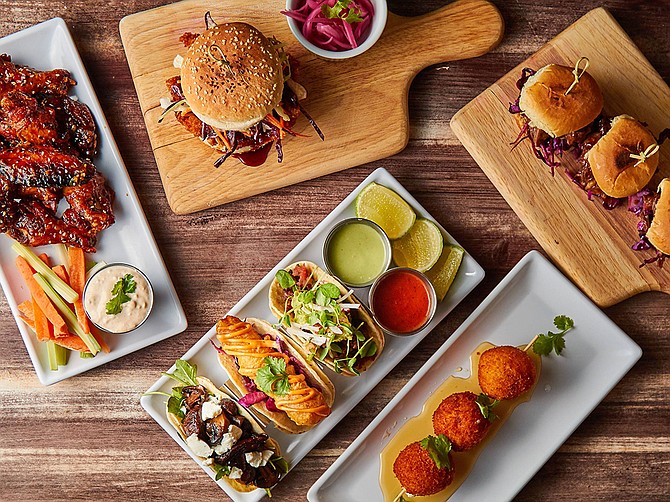 Opened in 2014, Common Theory is the first offering from Cris Liang and business partner Joon Lee under the JCL Investment umbrella. Pre-COVID, the company made $3M in revenue. Photo Courtesy of JCL Investment. 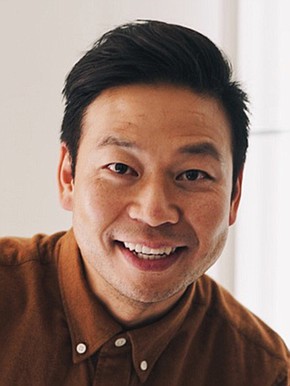 In 2014 after seven years working for a local geotechnical engineering firm, Liang, along with business partner Joon Lee, opened Common Theory Public House, located on Convoy Street. In 2018, he simultaneously launched Realm of the 52 Remedies, a speakeasy located right next door to Common, and Woomiok, an authentic Korean bone broth place also in Kearny Mesa, the Asian food hub of San Diego.
In 2019, pre-COVID-19, Liang had grown the revenue of his collective businesses, under parent companies JCL Investment (Common Theory and Realm) and LNA Restaurant Group (Woomiok), to roughly $3 million, he says. These days, the eateries are conducting about 75% of pre-pandemic sales numbers, conservatively. 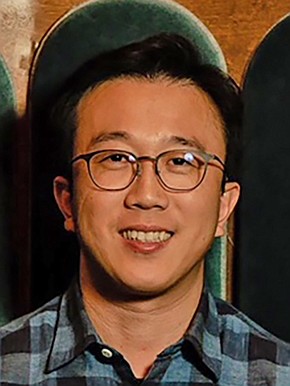 His Own Growing Family
Much like his parents, the drive to delve into the food service industry was his own growing family, said Liang.
“I remember, I was about 30 years old, I had one baby then and felt like I was put against the ropes. I thought, ‘if I don’t do this now, take this shot, I might regret it for the rest of my life and might be too old to do any sort of comeback then," said Liang, now a father of two. "Joon was running his own fast food restaurant then and I was comfortable with the idea of owning my own restaurant because I grew up working in my parents’ place. Throughout high school and college, I paid for everything myself by working at restaurants, too, so I knew most of the positions well.”
With family loans and after dabbling with a few different concept ideas, Liang and Joon opened the 5,700 square foot Common Theory, a brewhouse inspired by the local craft beer scene. When the 2,700 square foot Thai restaurant next door closed, Liang immediately took over the lease and turned it into an apothecary-styled venue, resembling a Chinese herbal shop.

Think Outside the Box
Elsewhere, Woomiok is 2,800 square feet and is owned with two additional partners. It specializes in traditional Korean bone broth, said Liang. The gastronomic approach was made in order to differentiate Woomiok from other Asian food places in town, he said, and to introduce something new and authentic to the local culinary scene.
For Lee, it is precisely this idea of thinking outside the box that has made all three of his and Liang’s offerings successful.
“I think setting higher standards for food quality, consistency and cleanliness is important,” he said. “The actual outcome will always hover around lower than the standards held by us."