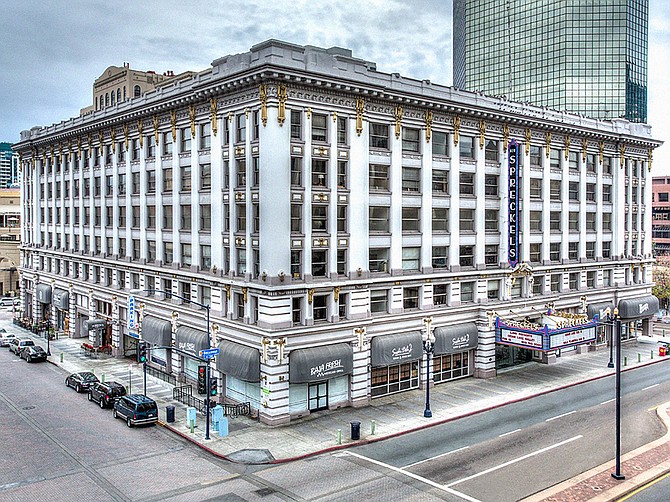 The historic Spreckels Theater building, at the edge of the Gaslamp Quarter downtown, dates back to 1912. Photo courtesy of Thorofare Capital, Inc. 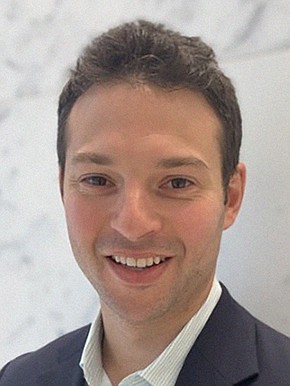 The 217,000 square foot building at the edge of the Gaslamp Quarter at 121 Broadway that includes the Spreckels Theater was acquired in a joint venture of Taconic Capital Advisors based in New York and Triangle Capital Group with offices in New York, London and Hong Kong.
“We intend to pay homage to the rich history of the building and take advantage of its amazing historical beauty and preserve as much of the historical elements of the asset as we can,” said Eric Sitman, a director at Taconic Capital Advisors.
The property was sold by a family trust associated with Jacquelyn Littlefield, who died in a La Jolla nursing home in 2019 at the age of 96.
Littlefield’s father, Louis B. Metzger, leased the building in 1931 and his daughter, Jacquelyn and her husband, bought it in 1962 from Star and Crescent Investment Company for $1.65 million.

Striking Characteristics
Built in 1912 by John D. Spreckels and designed by architect Harrison Albright of Los Angeles, the building was designated as a San Diego historic site in 1972 and added to the National Register of Historic Places in 1975.
Thorofare Capital, Inc., an affiliate of Thorofare, LLC provided financing.
CBRE was retained as the property manager.
“This is an iconic asset in San Diego’s Gaslamp Quarter with striking physical characteristics, an easily walkable location, and perfect layout for a variety of uses to drive demand during the next phase of its life,” Felix Gutnikov, principal and head of operations at Thorofare, said in a statement announcing the sale.
The family trust that sold the property was represented by Cushman & Wakefield brokers, led by Marc D. Renard, executive vice president and executive managing director of the firm’s Global Capital Markets Group.
Sitman of Taconic Capital Advisors declined to say how much will be spent on renovations.
“In consultation with the theater operator that we intend to bring in, we intend to upgrade all of the back of the house, some of the cosmetic design elements of the theater and generally try to reinvigorate it,” Sitman said. “It’s going to take us some time until our designs are fully completed.”
Ware Malcomb is the architect for the renovation.

Office Space
Sitman said improvements also will be made to the office and retail space in the building.
The office space is “in pretty decent shape but we do intend to open up some of the existing vacancies, try to improve the natural lighting and upgrade the HVAC system,” Sitman said.
Investing in downtown office property might seem counterintuitive at a time when the vacancy rate has reached an all-time high, but Sitman said the Spreckels building is unlike other downtown office space, much of which is in glass towers.
“If you look at what the Spreckels building is, it’s unique office product with one of the single best amenities that you can offer, which is the theater,” Sitman said. “We think that what we’re offering will be compelling and it offers a differentiated product.”