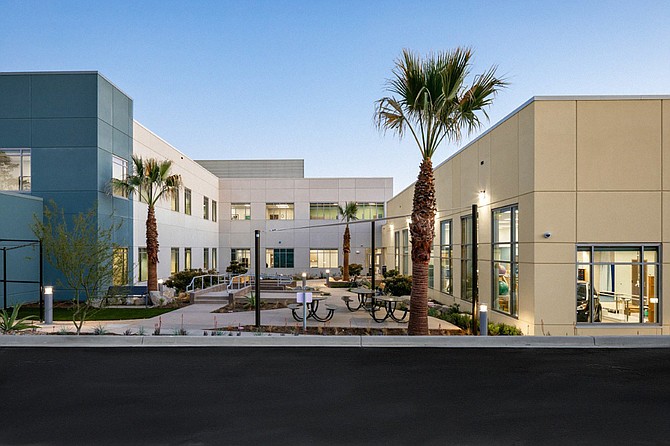 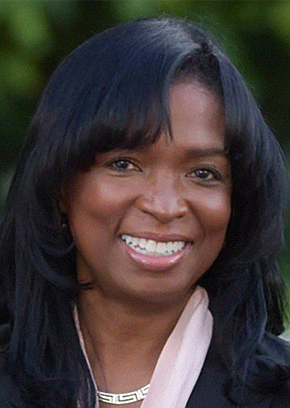 “It’s really the first of its kind,” said Sheila Brown, COO of Palomar Health. “There’s not another place in San Diego that has an actual facility that’s built for rehabilitation. In most cases, they’re part of the general hospital. They’re a unit or attached pavilion.”
Built by PMB based in Carmel Valley, the 57,543 square-foot Palomar Health Rehabilitation Institute with 52 beds is a joint venture of Palomar Health based in Escondido and Kindred Healthcare based in Louisville, Kentucky.
PMB owns the building but leases the land it’s built on from Palomar Health and leases the structure back to Palomar Health. Kindred Healthcare operates the institute.
Taylor Design based in Irvine was the architect and McCarthy Building Companies was the general contractor.

The Need
The Rehabilitation Institute is adjacent to the 11-story Palomar Medical Center on Citracado Parkway that was completed in 2012. 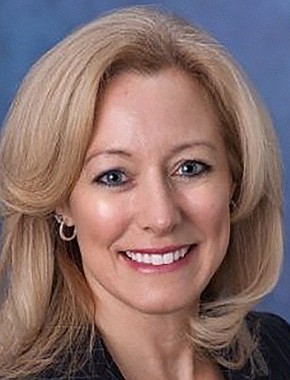 “There has been a growing need for new rehabilitation services in North San Diego County and the new institute will more than meet that need,” said Diane Hansen, CEO of Palomar Health. “We are now able to serve many more patients and offer enhanced services, specialties and amenities.”
The institute will serve an estimated 1,200 patients annually, according to Palomar Health.
It has all private rooms, a special brain injury unit with private dining, a therapy gym, in-room dialysis and even a transitional living apartment where patients can stay to prepare them to live at home again.
There’s also a Smart Car that patients can use to hone their driving skills before discharge.
The Research Institute is itself a specialized hospital, said Mark Toothacre, partner and president of PMB. Based in Carmel Valley, PMB is a healthcare real estate developer. 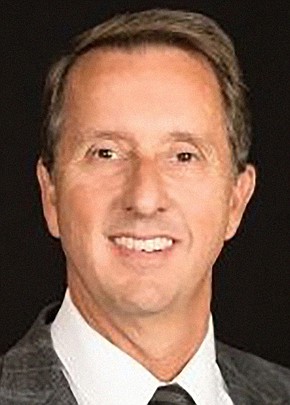 The Research Institute was permitted by the same agency that oversees acute care hospital construction, the Office of Statewide Health Planning and Development, Toothacre said.
“It’s much like an acute care hospital because our patients are coming from an acute care setting and you have a room that’s similar to a hospital room with all the support functions,” Toothacre said. “The interior furnishings are on a par with what you’d expect in an acute care hospital.”
The typical patient will stay in the center for 10 to 12 days, Brown said.
“We’ve taken care of high school students and we’ve taken care of the elderly,” Brown said.
The goal with each case is to restore a patient’s function as much as possible.
Patients who are stabilized in the main hospital can be transferred to the Rehabilitation Institute for further care.
Patients also are referred to the institute by other hospitals, nursing homes and physicians.

Special Touches
The grounds around the institute have been developed to help with rehabilitation with a variety of surfaces, from asphalt and concrete to pebbles so people can get used to walking in a variety of conditions.
There’s also an outdoor basketball court and a golfing area.
“If we find things that you enjoy, we’re able to perform those duties with you at the hospital,” Brown said.
The interior design of the building has special touches that help with rehabilitation, including photos along hallways of notable San Diego locations such as the Hotel Del Coronado, the beaches and landmark piers.
“As a patient is walking by them, they can recall activities they were doing,” Brown said. “It gives them hope.”
The photos also help with patients who have memory issues.