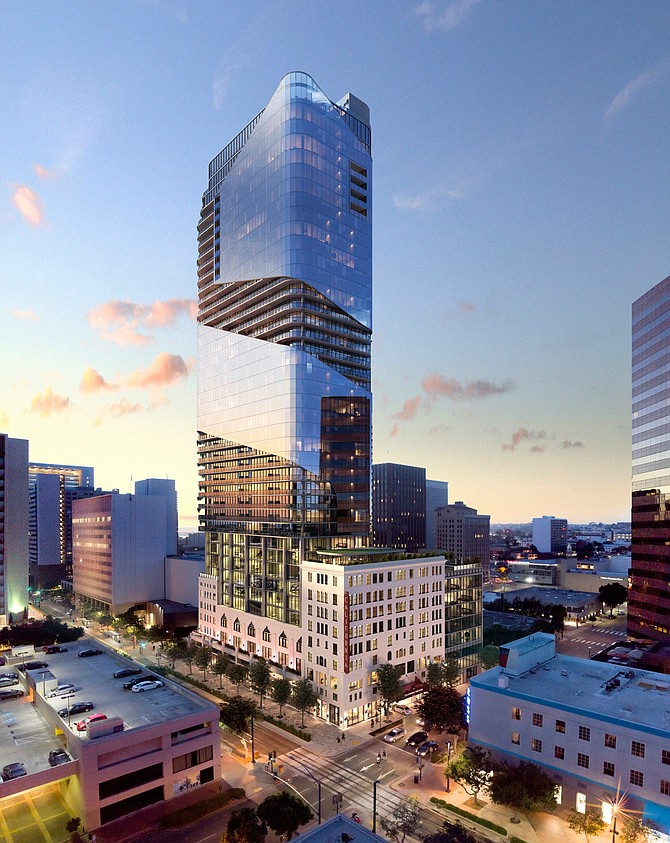 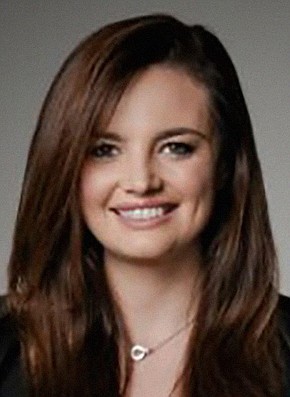 Emma Alexander, Interim COO and Director of Sales and Marketing, Caydon US

Among the biggest changes to the $350 million project since Caydon first proposed the redevelopment a year ago is the addition of a boutique hotel, a reduction in the amount of retail space, and expansion of the amount of the old theater that will be preserved.
Rechristened The Theatre House, the project at the corner of Fourth Avenue and C Street at 1122 Fourth Ave. will include construction of a 41-story building on the theater site with a 190-room hotel on the lower eight floors, about 4,000 square feet of retail space on the ground floor facing C Street, 336 condominium units, and five levels of underground parking.
Caydon in April won unanimous approval of its project from the San Diego City Council.

Restoration
Working with Save Our Heritage Organisation, Caydon revised the project to restore more of the historic theater than was initially planned.
Caydon first talked about restoring only one façade of the building.
The new version calls for restoring the façade on three sides – along C Street, Third Avenue and Fourth Avenue.
“The biggest thing for us and why we selected to do a hotel was the restoration of the historic building has faced a lot of challenges that come with it,” said Emma Alexander, interim COO and director of sales and marketing of Caydon US.
Part of the restoration includes keeping the theater’s ground floor windows, which wouldn’t work with Caydon’s design for the residential portion of the project that includes floor-to-ceiling windows.
“We will be trying to recreate all of the ornate details on the façade, all of the windows will be exactly the same type. They foyer as you go into the hotel lobby will replicate the foyer of the theater,” Alexander said. “There’s this incredible projector we’ll be saving and putting it on display in the hotel.”
The addition of the hotel also meant there was less room for retail. The original plan called for 7,445 square feet of retail space on the ground floor.
Caydon also will recreate the historic entrance marquee on Fourth Avenue and C Street and the Caliente wall sign on Third Ave.
The project was designed by Caydon Architecture & Design of Australia and Carrier Johnson + Culture based in downtown San Diego and is designed to achieve LEED Gold Certification for its energy conservation measures.

Attainable
“Our project is both a new urban marker and a historical memory at the same time,” Giuditta De Santis, Caydon’s lead architect wrote in describing the project.
In contrast to the restored historical portion of the project, the new condominium tower portion of the project “is designed for the urban scale, to be appreciated while approaching from a distance as a landmark gateway that presents a varied skyline and attractive skyline silhouette reflecting the density and profile of the buildings in the downtown California area,” De Santis wrote. “The tower proudly marks the arrival to the district as a gateway and a marker for the beginning of a new era.”
To create a layering effect, the top levels of the tower are stepped, which also provides maximum exposure to the sun and better views, De Santis wrote.
The condominiums will be a mix of studios from 432 square feet to 593 square feet, one-bedroom units from 636 square feet to 1,162 square feet, two-bedroom units from 977 square feet to 1,311 square feet, and three-bedroom units from 1,260 square feet to 1,866 square feet.
Prices will range from $400,000 to more than $1 million, Alexander said.
Unlike some of the other new downtown apartment towers, The Theatre House won’t have luxury penthouses “as we are focusing on the local market and want to make sure our price points are as attainable as possible,” Alexander said.
The residential portion of the project will include a dog park, lap pool, sky deck and lounge.
Caydon hoped to begin construction in late 2020 but the schedule slipped due to the design changes and delays in permitting, caused partly by the COVID-19 pandemic. A new construction timeline is still being worked out.
“Ideally, we’d love to start early next year but we have to work through getting the permitting, getting the financing,” Alexander said. “As soon as that transpires, we can give more clarity around timeline.”

History
Nearing its 100th anniversary, the theater had fallen into such disrepair that it has been considered an eyesore that was holding back the revitalization of C Street near City Hall for more than a decade.
“The current structure is uninhabitable and contains hazardous materials,” Alexander said.
West Coast Theaters opened it in 1927 as the New California Theater with 2,200 seats and a nine-story office building.
Considered a movie palace at the time, the California Theater was visited by some of the stars of the silent movies it featured.
Ceilings were gold leaf and murals were painted throughout the building, according to the San Diego History Center.
The theater did double duty as a vaudeville stage until 1937. It stopped showing movies in 1976 and permanently closed in 1990.
Caydon bought the theater in 2019 from Presidio Bay and Sloan Capital Partners for $21.1 million, according to CoStar, a real estate research firm.