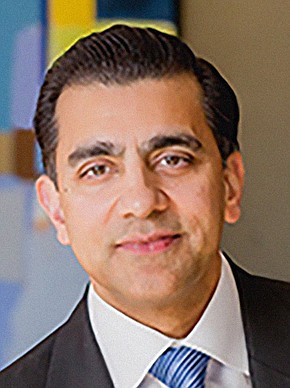 The proposed company would be a giant in the commercial real estate field, with an enterprise value of approximately $50 billion. It would own 10,300 primarily single-tenant, net lease properties located in 50 U.S. states, Puerto Rico and the United Kingdom. Annual rent on the property portfolio is expected to be approximately $2.5 billion.
The transaction is expected to close in the fourth quarter, following shareholder approval and other customary closing conditions. The boards of both companies have approved the deal. 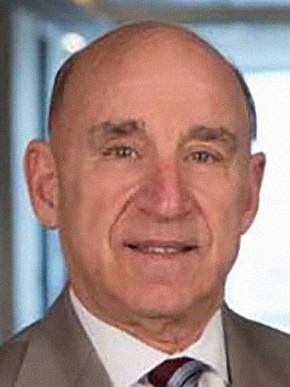 Spin-Off Company Planned
Following completion, the combined company plans to spin off a separate company consisting of substantially all of the office properties of both predecessor companies into a new, publicly traded REIT.
Realty Income believes the combination of its business with VEREIT’s will generate immediate earnings accretion and value creation for shareholders, said Sumit Roy, president and CEO of Realty Income.
“VEREIT’s real estate portfolio is highly complementary to ours, which we expect to further enhance the consistency and durability of our cash flows,” he said.
Roy will be CEO of the combined company. When the deal closes, two VEREIT directors are expected to join the Realty Income board.
“In our view, the leverage-neutral transaction creates, without question, the preeminent net lease REIT and generates significant complementary diversification and efficiency benefits, which should translate into a higher overall valuation,” wrote analyst Chris Lucas of Capital One Securities Inc.
“We like the deal on a number of levels, as we believe the VER [VEREIT] assets are better off in O’s [Realty Income’s] hands, and the office assets are definitely better off in a separate entity outside of O,” wrote analyst Robert Stevenson of Janney Montgomery Scott in a note titled “Triple-Net Whale Gets Even Bigger.”
“However,” he continued, “we are skeptical that this will materially improve O’s longer-term valuation, given the market’s prioritization of growth over the last several years in the triple-net space. However, with O’s growth at least being juiced in 2022 by VER, we could see a near-term bump and expect O to trade better than most stock-for-stock acquirers.”
Triple-net is a term for a kind of lease.

Accretive in Year One
Realty Income bills itself as “The Monthly Dividend Company.” It owns more than 6,500 real estate properties leased to commercial clients such as Walgreens, 7-Eleven, Dollar General and FedEx. Its properties are located in 50 states, Puerto Rico and the United Kingdom.
VEREIT owns and manages one of the largest portfolios of single tenant commercial properties in the United States. The company has total real estate investments of $14.6 billion including approximately 3,800 properties and 89.5 million square feet.
The transactions are expected to be more than 10% accretive to Realty Income’s AFFO (adjusted funds from operations) per share in the first year of the new company, according to Realty Income.
In addition, the company said the deal is expected to add meaningful diversification that further enables new growth avenues, strengthens cash flow durability, and provides significant financial synergies, particularly through accretive debt refinancing opportunities.
Realty Income said its growth strategy will remain focused primarily on high-quality, single-tenant net lease retail and industrial properties in the U.S. and U.K., leased to clients that are leaders in their respective businesses.

A Premium For VEREIT Shareholders
Under the terms of the agreement, VEREIT shareholders will receive 0.705 shares of Realty Income stock for every share of VEREIT stock they own.
VEREIT shares closed at $41.26 on April 28, the day before the acquisition was announced. They closed the next day at $47.88, gaining 16% on the news.
Glenn Rufrano, CEO of VEREIT, said the company’s board and management concluded that the transaction “will enable us to recognize the value created” from growth efforts initiated in 2015. “The combined company provides all of our constituencies the opportunity to benefit from the advantageous cost of capital and growth potential generated by this transaction.”

Office Spinoff
After the spinoff of the new company focused on office properties, Realty Income and former VEREIT shareholders are expected to own approximately 70% and 30%, respectively, of both Realty Income and the spun off company (dubbed SpinCo in materials presented to shareholders).
SpinCo would be in charge of 97 properties. Some 76% of annualized rent would come from investment grade tenants such as the federal government (U.S. General Services Administration), Cigna and Merrill Lynch.
Moelis & Company LLC is serving as lead financial advisor, Wells Fargo Securities is serving as financial advisor, and Latham & Watkins LLP is acting as legal advisor to Realty Income.
The Latham & Watkins team includes a corporate deal team led by Orange County partner William Cernius and Orange County and New York partner Charles Ruck. Advice on litigation matters was provided by San Diego partner Drew Gardiner and Orange County partner Andrew Gray.
J.P. Morgan Securities LLC is serving as exclusive financial advisor to VEREIT and Wachtell, Lipton, Rosen & Katz is acting as legal advisor.