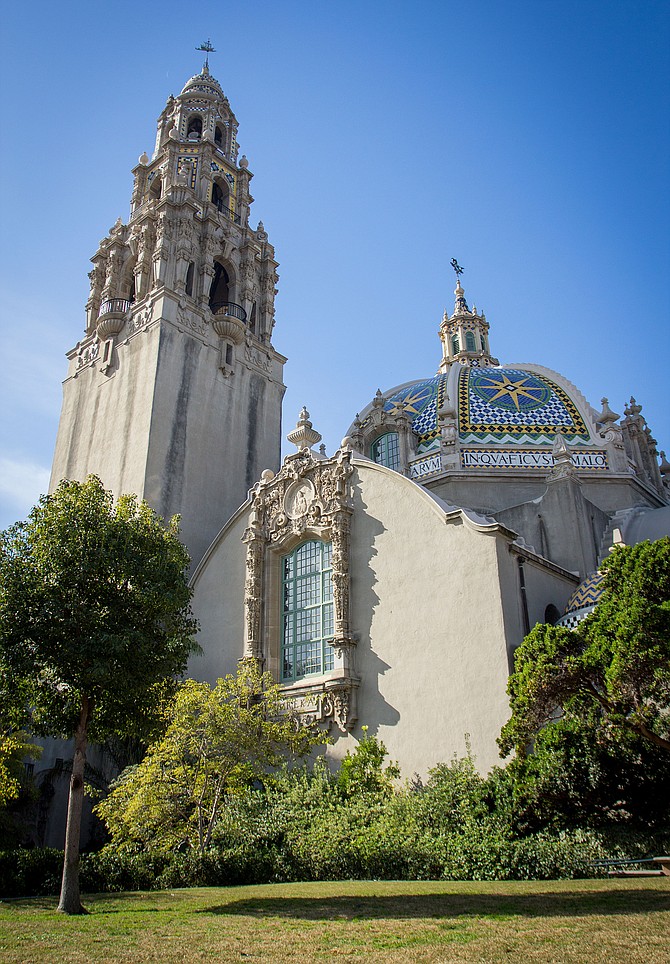 Balboa Park venues that closed as a result of COVID-19 are preparing to reopen now that San Diego has entered the red tier.

Now that San Diego County has entered the red tier of COVID-19 regulations, a vast amount of Balboa Park’s art institutions are excitedly – yet cautiously – preparing for reopening.

Peter Comiskey, executive director of the Balboa Park Cultural Partnership, said over a dozen of its 26 members have already set reopening dates starting mid-March through April. This includes the San Diego Zoo, Fleet Science Center and the San Diego Natural History Museum, among a long list of others.

Although it is too soon to say what the financial impact of such openings may be for the region and its recovery, Balboa Park typically hosts 12 million visitors a year, according to Comiskey, and its cultural organizations drive $670 million in economic activity to the city annually.

“The COVID impact has been devastating, not just because the organizations rely on revenue from admission charge but because they can’t deliver on their mission – much of that has had to stop,” he said. “The institutions closed twice last year due to rising coronavirus cases. But research shows that visiting museums with the appropriate controls is one of the safest places. So, we hope that given the vaccination and the hyper-awareness people have about the community and COVID, that we are able to stay open.”

Getting People Back in Venues

After closing on March 16, The Museum of Photographic Arts (MOPA) is scheduled to reopen on April 16. To start, MOPA will open Friday, Saturday and Sunday from 11am to 4pm at 25% capacity.

Vivienne Esrig, deputy director, said the institution normally sees 100,000 visitors a year and has an annual operating budget of roughly $2.5 million. While she is thrilled to reopen, Esrig said she plans to closely monitor the initial turnout and the community’s overall reception.

“For the foreseeable future, we will watch and learn and see who is going to the park and, more importantly, who is ready to go back inside,” she said. “We figured that everyone is excited to be out of their homes, but now the museum has the job of getting people back in their venues. We want people to come back when they want to and we will do all we can to keep them safe and to support their efforts.”

On the safety front, Esrig said MOPA will have decals on the floors to encourage social distancing, plexiglass as barriers where needed and has transitioned to a cashless system. Mask will also be required by all staff members and guests, cleaning has been ramped up and there are hand sanitizer stations throughout, she added.

Jon Osio, events and marketing coordinator at the Japanese Friendship Garden Society of San Diego, said since the institution is mostly outdoors, it has been able to remain open for a majority of the pandemic; after initially closing last March, the Japanese Friendship Garden reopened in June. It temporarily closed again in December, when the city went back to the purple tier, he said, and then reopened in January.

According to the latest analytics report gathered by the organization, the Japanese Friendship Garden saw as many visitors this March as it did March 2019, pre-COVID.

“This is pretty good,” he said, adding that the Japanese Friendship Garden has 25 employees, an annual operating budget of $2.5 million and hosts roughly 250,000 visitors a year.

Now that San Diego has entered the red tier, Osio said the Garden will increase its capacity from 200 people at any given time to 25% capacity, which is slightly more. He said the upper and the lower level of the outdoor area will continue to have one-way trails and the use of facial coverings will be required both indoors and outdoors.

Over a dozen Balboa Park venues haven’t set opening dates yet. This includes the ComicCon Museum, The Old Globe and the Veterans Museum at Balboa Park.

Comiskey, executive director of the Balboa Park Cultural Partnership, isn’t taken aback by this number, as he predicts the park’s recovery will be gradual.

“We can look forward to a staged recovery here,” he said. “There’s clearly occupancy limits and the fact that The Old Globe is not yet operating, plus limitations and controls on travel means recovery won’t bounce back immediately. Families are looking for physical experiences once again. I think we can look forward to a gradual reintroduction and return before we reach pre-COVID types of economic impact numbers again.”