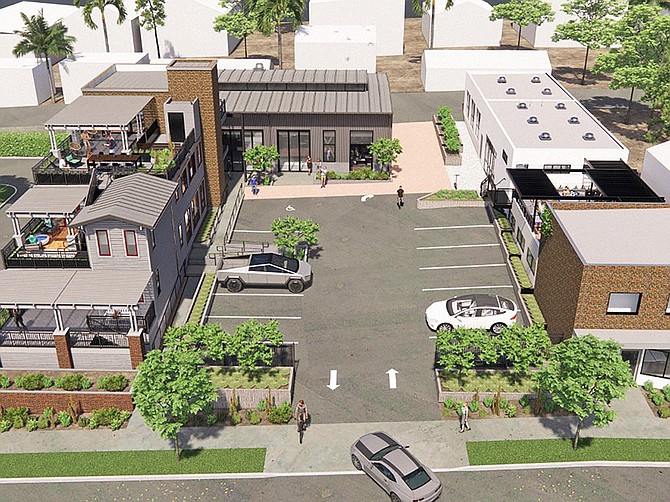 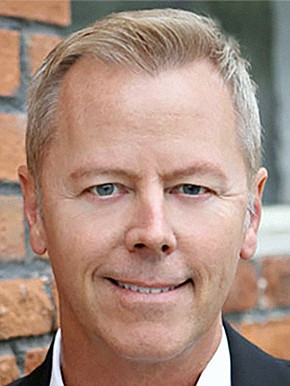 Designed by AVRP Skyport, the marketing firm’s new headquarters at 2436-2450 Market St. is spread over three low-rise buildings that include a former single-family home that was a “mish-mash” of styles that is being redone in a craftsman style of architecture, a metal-sided garage and a former storefront.
“Our intention is to fit within the neighborhood but also enhance it,” said Chris Veum, president of AVRP Skyport.
“This is one where I really wanted to put a lot of forward thinking and thought behind this,” Veum said. “The idea here is it’s a village within a village. There’s this collection of buildings that’s all one.”
Redeveloping the property is expected to cost about $7 million, according to Veum.
Construction is targeted to be finished by the end of the year. Swinerton is the general contractor and CBRE is the construction manager.

A Place for Guests
The house on the west side of the property had been used as offices with renovations added over the years that Veum said didn’t comply with city building codes.
“It looked like a beige stucco box. There was nothing inspiring about it at all,” Veum said. “We had to kind of take it back to the original structure.”
The building was stripped down to the studs and pretty much rebuilt from scratch, removing some of the 1970s era renovation work and adding wooden siding, posts and trellises in keeping with the craftsman style.
The new two-story structure steps back from the street with outdoor patios.
The 2,500 square-foot metal building will be the hub of the complex.
The building was stripped down to the steel girders, the original concrete floor was dug out and replaced with a new floor that is about 18 inches lower to give more ceiling height to the interior, Veum said.
The higher ceilings left enough space to create a mezzanine level on the interior with two small pocket balconies of about 60 square feet each. The mezzanine runs along the west wall of the building.
“That’s where they bring clients to pitch ideas to them,” Veum said.
Folding bleachers, similar to those used at high school basketball courts, are at the center of the metal building for group meetings.
The metal building also has a kitchen for staff and clients, fitting in with the concept of making it the hub of the complex.
Just as in a private home, “when you bring guests over, where do you go? You all hang out in the kitchen,” Veum said. “We kind of used that approach.”
The metal building also will have three of what Veum called inglenooks on the ground floor, in deference to Frank Lloyd Wright, the renowned architect who developed them.
The inglenooks are small booth-like structures similar to a restaurant booth for four people with benches on each side and a table in the middle.
On the exterior, new insulated metal panels will replace the dented metal siding that was in place.
The storefront building at the east end of the site will be the primary work area for the Red Door staff,  divided into three wide open rooms and small break away areas for heads down work, Veum said.
Red Door bought the 17,596 square-foot site and the three buildings on it in January 2020 for $3.2 million.

Adapting
The company’s lease in Diamond View ran out in April but that wasn’t an issue because company workers have been working from home anyway as a result of the COVID pandemic, said Reid Carr, CEO and founder of Red Door Interactive. 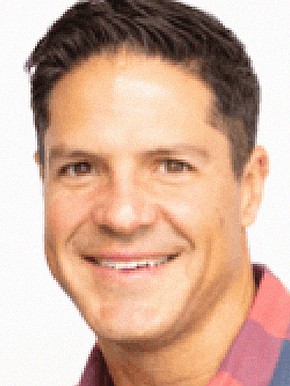 Veum and Carr said some changes were made in the design as a result of the pandemic, but most were minor tweaks.
The plan had always been to include lots of open space and to open up the buildings to the outdoors if for no other reason than to take advantage of San Diego’s temperate climate.
“We have the benefit of San Diego on our side in a general sense. We have fantastic weather,” Carr said. “We had already planned to have eight outdoor patios and meeting spaces.”
Designs were still in the early stages when the pandemic hit.
“I think we caught it at a good time,” Carr said. “From a COVID standpoint, I’m feeling real comfortable with everyone’s ability to adapt.”
Changes inspired by COVID included upgrading the heating and air conditioning systems to hospital grade, Carr said.
Plans for the kitchen in the metal building also were modified.
“Originally we had a long kitchen counter with a long kitchen prep area,” Veum said. “Then COVID hit. We wanted to separate people a little bit. We split the kitchen up, kept the galley kitchen near the front door, and created a second kitchen in the flex meeting space.”
Although no longer in downtown proper and East Village in particular, Carr said the new location is close enough so the company will retain a close connection to the urban core.
“East Village has always been our vibe. I’m really stoked to still being connected to that,” Carr said. “I don’t feel like we’re really leaving it.”
One advantage the new site has is easier freeway access for staffers that commute, Carr said.
Red Door had been in Diamond View Tower since 2004, most recently on the 11th floor.
Carr said he liked Diamond View, but decided to move the company in part to avoid expected rent increases.
“Securing what our costs are going to be for the future, that’s incredibly important for us,” Carr said. “It’s fundamentally cheaper for us to own than to rent. We want to remain independent and control our future in that way. I think it’s going to make a bigger difference 20 years from now, even more than it will in the next five.”