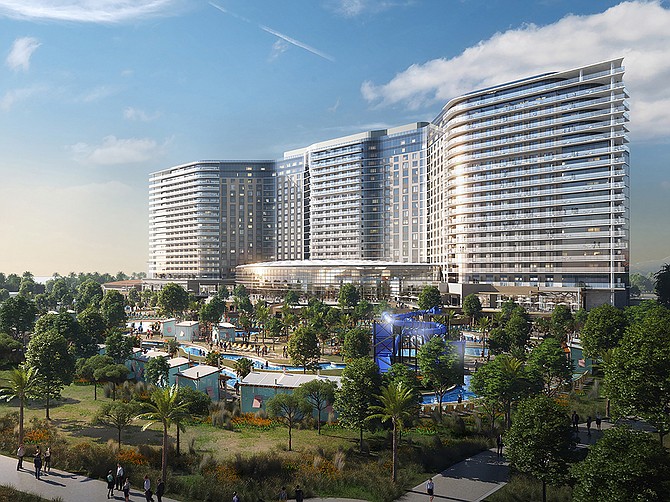 The Gaylord Pacific Resort will offer up to 1,600 hotel rooms and amenities such as restaurant/bar/lounge, recreational facilities, a spa, a pool with a lazy river, bike and boat rentals and more. Rendering Courtesy of Chula Vista Bayfront Project. 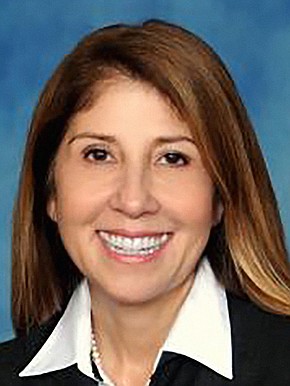 Earlier this month, the Board of Port Commissioners and the City of Chula Vista City Council approved critical leasing, financing and construction documents for the 1,600 room Gaylord Pacific Resort, an adjacent 275,000 net square feet convention center and more than 200 acres of associated public infrastructure and two parks on the Chula Vista Bayfront.
RIDA Chula Vista, LLC is the port and city’s development partner on the Chula Vista Bayfront project. The approval moves the port, the city and RIDA closer to financing, leasing and commencing construction of the convention center, resort hotel and public infrastructure. The port, Chula Vista and RIDA anticipate closing escrow in late 2021/early 2022. Construction on the resort hotel, public infrastructure and convention center will commence soon thereafter and is anticipated to open as early as 2025.
The Gaylord Pacific Resort project, specifically, is expected to have a regional economic impact of approximately $1.6 billion during construction and an estimated $475 million per year once complete. It is anticipated to support 10,000 direct and indirect jobs through construction, nearly 1,500 permanent jobs on site and nearly 3,900 jobs regionally per year. 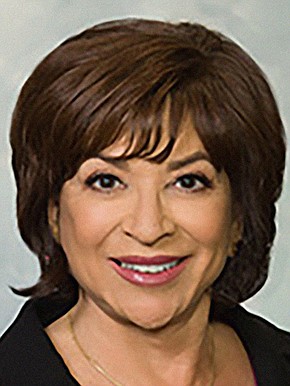 Momentous Day
“This is a momentous day and represents a significant achievement for the Port of San Diego and City of Chula Vista,” said Ann Moore, Chula Vista’s representative on the Port of San Diego Board of Port Commissioners, of the June 15 approval. “RIDA’s Gaylord Pacific project is key to unlocking the full potential of our beautiful Chula Vista Bayfront. This stage is critical to get right and the team’s careful execution of this process and complex financing structure is keeping this important project on track and will ensure the project is implemented in an elegant way.”
Added Mary Casillas Salas, Chula Vista mayor: “This is a complex project with the city, the Port, multiple agencies, and a private developer involved. But we all have the same goal, to create a world class destination for tourists, visitors and residents.”

Validation Action
The latest approved documents set up the mechanism for the city to contribute funds toward the payment of debt service on the public financing and the approach for the construction of the public infrastructure improvements and convention center. The documents approved include a project implementation agreement, mutual lease and sublease enforcement agreement, site lease, the convention center facility lease and the convention center sublease, among others.
In February, the Port Board approved a support agreement that set up the mechanism for the Port to contribute funds toward the payment of debt service. Last month, the Port Board approved the 66-year ground lease for the resort hotel. On June 28, the Chula Vista Bayfront Facilities Financing Authority will consider the Project Implementation Agreement, Site Lease, Facility Lease, Indenture, Loan Agreement and Bond Purchase Agreement.
The authority was formed to finance most of the public contribution. Additional funding will be provided through grants, a contribution of $25 million from the County of San Diego, funds from the Port and other funds that will be contributed by the city.
Once all required documents are approved, the port, city and the authority will file a validation action, according to a spokesperson. After the validation action is complete, the parties will move forward with issuing the authority bonds and enter into their respective leases to commence construction of the convention center, resort hotel and associated public infrastructure and parks.
“These milestone approvals set in motion an important regional redevelopment; the seeds of which were sown decades ago by the visionaries at the Port of San Diego and the City of Chula Vista,” said Luke Charlton, COO RIDA Development Corp. “We believe the Gaylord Pacific will combine best in class hospitality, convention and resort amenities and as we emerge from a pandemic that has devastated our industry and we are enthusiastic about its future and the future of the Chula Vista Bayfront.”