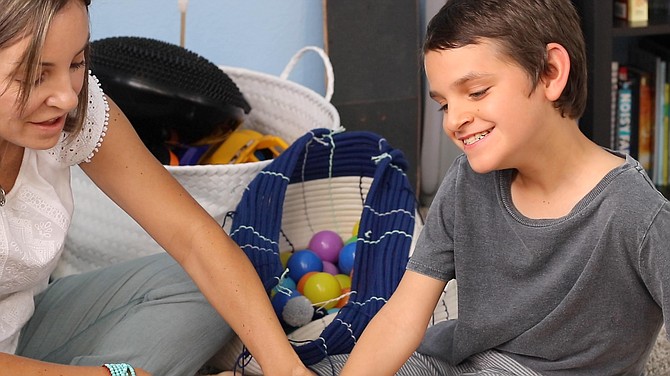 Connor Dalby of Oceanside suffers from an ultra-rare neurodevelopmental disease associated with genetic mutations and he is in the process of receiving personalized ASO treatment through n-Lorem. Photo Courtesy of n-Lorem Foundation. 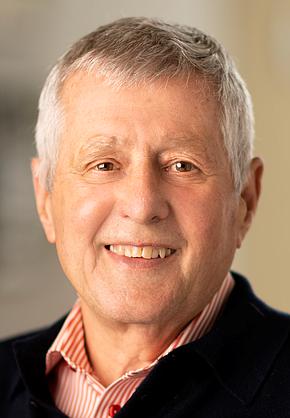 Crooke recently retired from the board at Ionis, a company he founded in 1989, to focus his time on the n-Lorem Foundation — a non-profit organization that uses antisense technology to provide free treatment for patients with ultra-rare diseases caused by genetic mutations.

The n-Lorem Foundation launched in January 2020 and builds off of Ionis’ background in novel RNA-targeted therapeutics to develop experimental antisense oligonucleotides (ASOs) with the intention of treating patients who may be one of 30 or the only person in the world with a specific genetic disease.

Additionally, a key component of n-Lorem is partnering with biotechnology companies for discounted resources and organizations such as the Undiagnosed Disease Network and Rady Children’s Hospital, which connects patients with the foundation.

Gauging Impact and Success
In a venture that is focused on developing unique medicine for only a handful of patients, Crooke said he gauges success by focusing on the patients he can help and learning more about these rare diseases.

In fact, one of the first patients being treated through the foundation is 11-year-old San Diegan, Connor Dalby who has an ultra-rare neurodevelopmental disease associated with mutations in X-linked CDKL5 or ARX genes and causes multiple seizures per day.

After years of trying to find out what was causing his condition and discovering that no commercial therapy could address his unique mutation, n-Lorem is helping the Dalby family by developing a specialized treatment for their son.

Crooke said that four or five years ago, he would not have conceived that this could be possible, but once he realized that the genomic technology could offer a solution for ultra-rare diseases he got to work.

Model for Innovation
The organization’s non-profit model allows it to tackle these diseases in a way that a commercial model would not, Crooke said. With this in mind, he worked with the U.S. Food and Drug Administration (FDA) to chart a path for how to deliver these experimental treatments in a way that has never been done before.

To date, n-Lorem has raised more than $10 million in donations and they will continue to actively fundraise this year, Crooke said.

In addition to funding, companies such as Illumina have collaborated on genomic research and ChemGenes Corporation and Nitto Avecia have partnered with n-Lorem to reduce manufacturing costs of ASOs. Crooke said that developing these personalized medicines is not taking business away from anyone, and it comes down to people wanting to help do the right thing.