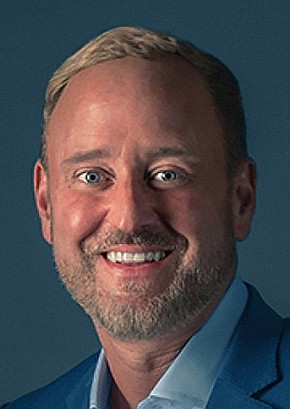 Based in Long Beach, the firm opened a San Diego office downtown in 2020.
Principal Sean Slater said that the new offices at Design Center at 3611 5th Ave. are more in keeping with the firm’s culture.
“We wanted an inspiring, artful place in San Diego,” Slater said. “We wanted to be in the community more. Hillcrest and Bankers Hill have more touchpoints than being in a generic building downtown.”
Designed by San Diego architect Lloyd Ruocco, the three-story Design Center has high exposed ceilings with extra-wide windows that wrap around the three-story building, and a wooden awning with wooden slats spaced in a way to allow sunlight to enter the building, varying according to the time of day.
“It’s a part of San Diego history and architectural history that I really want to be part of,” Slater said. “That building is kind of a landmark. That’s really important. We’re going to be there hopefully for a very long time.”
Slater said the building has a rich history as a home for architectural firms such as RDC.
“The real goal is to be part of the community, part of the city at large,” Slater said.

"Thanks to the landlord's pride of ownership mentality, the Design Center has remained well maintained, updated with modern building systems yet maintaining the authentic mid-century modern office experience," Gilbert said.

Connecting High Tech
One of RDC’s biggest projects, the redevelopment of Horton Plaza by Stockdale Partners, has received an international award for incorporating high tech in the project. 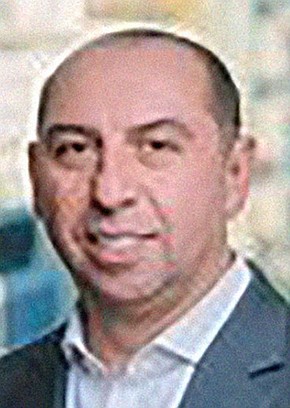 Horton Plaza is the only project in San Diego to receive a platinum certification from Wired Score.
The certification is “a measure of a building’s connectivity and digital infrastructure,” said Leo Divinsky, managing director of asset management at Stockdale Capital Partners.
“It truly demonstrates our commitment to providing our tenants with leading-edge connectivity,” Divinsky said. “It starts from how the telecommunication providers access the site and having multiple points of entry to provide the redundancy tenants seek. It’s having best in class connectivity, Wifi, cellular service and a huge emphasis on resiliency and backup.”
The $275 million redevelopment of the former downtown shopping center is geared toward attracting life science and high-tech tenants to the 700,000 square feet of office space the project will include.

On Target
Gaining the Wired Score certification will help demonstrate that Horton Plaza is a desirable location for those tenants, Divinsky said.“We are in active negotiations with a number of different prospects,” Divinsky said, but he declined to name them.
“There are a number of prospective retail tenants, office tenants, and life science tenants that have expressed interest in the project,” Divinsky said. “The number of hardhat tours that we conduct has increased exponentially in the past few months.”
He said Stockdale Partners is on target to complete the Horton Plaza redevelopment by mid-2022.
“We were fortunate that we got our construction loan funded prior to the pandemic,” Divinsky said. “We’ve been doing construction throughout the pandemic with no slowdown in terms of our schedule and scope.”