Two local satellite projects are getting closer to launch.
Viasat Inc. (Nasdaq: VSAT) announced on June 7 that it has finished manufacturing the communications payload for the first of its ViaSat-3 satellites and shipped it to the Boeing Satellite Systems facility in El Segundo. There Boeing will integrate the payload with the satellite bus (or superstructure), which is based on Boeing’s 702 platform. Environmental testing to simulate launch and operation will prepare the satellite for its trip into orbit in early 2022.
Viasat designed and built the payload. The ViaSat-3 constellation will consist of three communications satellites offering nearly global coverage, with the first serving the Americas. The satellites are expected to deliver more than 3,000 gigabits of data per second — or 3 terabits — for 15 years or more. Viasat serves the military, government, commercial and consumer markets. 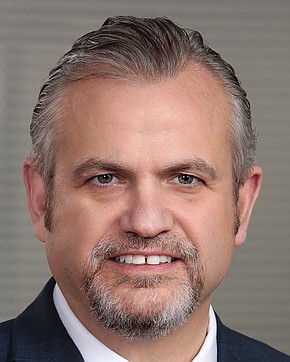 Separately, General Atomics Electromagnetic Systems announced on June 7 that its LINCS satellites arrived at Kennedy Space Center in Florida to prepare for launch on a SpaceX Falcon 9 rocket. LINCS stands for Laser Interconnect and Networking Communication System.
The two satellites from GA carry a C-band dual-wavelength full duplex Optical Communication Terminal and an infrared payload. The payload elements were internally designed and built by GA-EMS in San Diego and Huntsville, Alabama in partnership with the U.S. Department of Defense’s Space Development Agency.
“The arrival of GA-EMS’ LINCS system at Cape Canaveral marks the start of final preparations and integration on board the Falcon 9, bringing us one step closer to demonstrating the next evolution of space-based optical communication,” said Scott Forney, president of GA-EMS.
The two LINCS satellites are 12U CubeSats, which are relatively small satellites with a modular design. A 12U CubeSat can be thought of as 12 cubes of 4-by-4-by-4 inches. By contrast, the Boeing 702 satellite stands 14 feet high and has a mass about the same as an automobile.