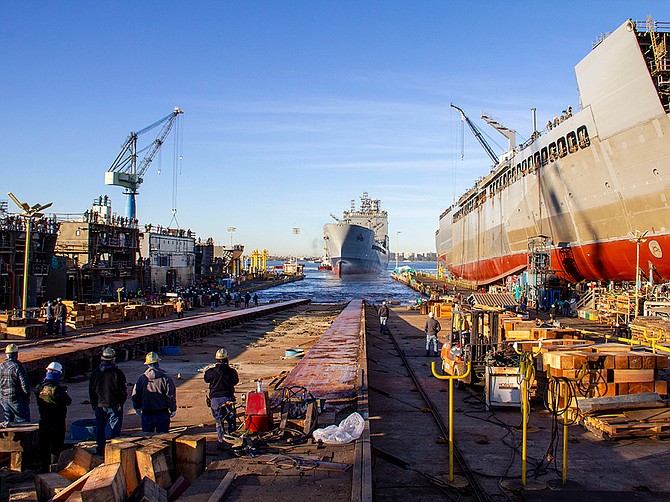 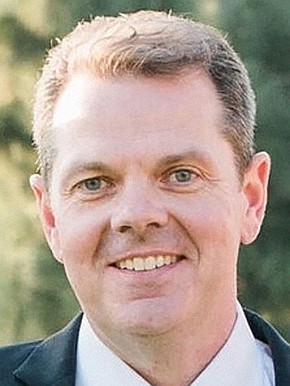 Its coastal proximity to the San Diego Bay lends itself to the growing blue economy — which capitalizes on ocean resources and technology — while its terrestrial ports of entry along the U.S.-Mexico border provide crucial access for local businesses and their workers.
James O’Callaghan, president and CEO of the South County Economic Development Council — an organization that promotes the education and economic prosperity in the South San Diego County Region — said that next to real estate development booming, the manufacturing and logistics sectors are poised to generate jobs in South County.
“With our proximity to trade routes and other ports not being able to keep up with demand, there has been a steady rise in business including with boat repairs and service,” O’Callaghan said. “Many in supporting industries continue to look for people in the trades including welders and craftsmen.” 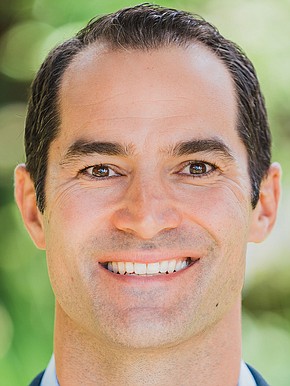 Logistics and Supply Chains
Over the past decade, jobs in the manufacturing and logistics sectors were on a steady incline prior to the pandemic. While they are inching back to pre-pandemic employment levels, according to the U.S. Bureau of Labor Statistics, the manufacturing as well as transportation and warehousing sectors each gained approximately 23,000 jobs in May.
Local logistics companies like Pasha Automotive Services which has served San Diego since 1990, experienced the impacts of the coronavirus pandemic on its business as automakers initially halted production at factories in the U.S. and overseas, and most U.S. auto dealerships were temporarily closed.
However, as the logistics sector in South County is positioned for future growth, the company’s strategic location in the South Bay enables them to partner with auto manufacturers south of the border, said Ryan Molinaro, vice president of operations for Pasha Automotive Services at the National City Marine Terminal.
“The consumer market is high, and South County has a great labor pool for the logistics industry which offers family supporting wages,” Molinaro said. “Our customers rely on the transportation industry – maritime, railroad and trucking.” 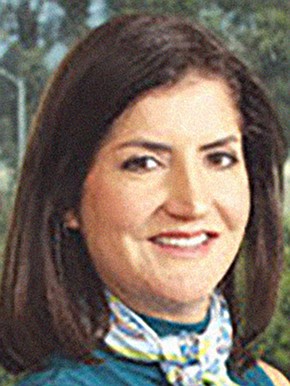 Pasha Automotive Services has more than 300 employees who provide a broad range of automobile processing services to many automobile manufacturers supplying vehicles to the U.S. market.
Alejandra Mier y Teran, executive director of the Otay Mesa Chamber of Commerce said that for Otay Mesa in particular, there is opportunity for businesses to take advantage of the industrial accommodating land and its proximity to the border.
Supply chain disruptions have happened throughout the pandemic, from the manufacturing of automobiles to Personal Protective Equipment. Mier y Teran said that when companies shift their supply chains from Asia to Tijuana, it in turn creates a significant number of jobs in Otay Mesa for logistics support services for these manufacturers.
“Let’s just say for a biomedical company in San Diego, instead of looking to set up their manufacturing facilities in China, they may want a facility in Tijuana that way they can go back and forth to the manufacturing center the same day and that will create service jobs in Otay Mesa for example, rather than if they go to Asia,” Mier y Teran said.

Border Location
The sector for warehousing and logistics facilities is booming and as they say in real estate, location is everything. The news that Amazon invested in a new facility in Otay Mesa means complementary businesses will come to the area as well, said Mier y Teran.
Additionally, infrastructure investments in the southern region show promising growth for future business opportunities.
“Recent infrastructure investments in the existing Otay Mesa port of entry, the development of a new state of the art port of entry in East Otay Mesa, the construction of additional highway ramps and upgrades to the major southbound truck route is also promising as it will bring more efficiency to area businesses and make the region more competitive,” Mier y Teran said.
Throughout the pandemic long wait times crossing the border have been a challenge for workers and while some improvements have been made recently, the border still is not functioning at pre-pandemic levels. For some companies approximately 80% of their workforce or more reside in Tijuana, Mier y Teran said.
“Moving employees across the border is still a struggle for those that aren’t necessarily residents,” O’Callaghan said. “So, we’re trying as a region — it’s kind of hamstrung bringing some of those jobs back because it takes them longer to get across the border right now.” 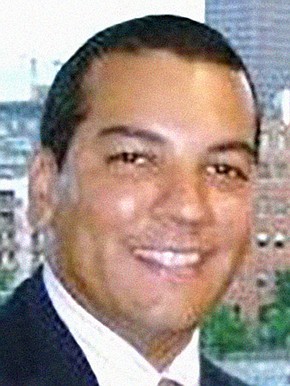 The San Ysidro Port of Entry is the largest land border crossing between San Diego and Tijuana, and the fourth-busiest land border crossing in the world. Jason Wells, executive director of the San Ysidro Chamber of Commerce said since March 2020, the region has lost 1,900 of about 6,000 jobs.
He said the border restrictions for non-essential travelers have impacted his area’s businesses a majority of which are retail and the decline in business during the pandemic caused many to shrink their staff.
Now, even as the San Diego region moves toward re-opening, he said the young people who would typically work these retail jobs have moved on to other, often higher wage jobs such as driving for Amazon or working in hospitality outside of San Ysidro.
“I know some that have college degrees in psychology that are driving Amazon trucks right now,” Wells said.
While the local workforce is positioned to benefit from the growth in manufacturing facilities in the short term, Wells added that he is working to bolster San Ysidro’s small businesses through e-commerce, which can lead to long-term growth.

Blue Economy
In addition to the region’s border economy, South County’s contributions to the blue economy — water-dependent business ventures — are a significant part of its future job growth. Both O’Callaghan and Mier y Teran said that the ports never slowed operations during the pandemic. 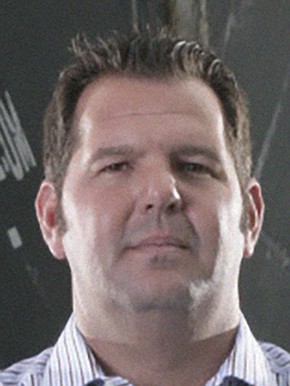 This trend rings true for Marine Group Boat Works, a family-owned, full-service boat construction and superyacht refit facility occupying over 15 acres of land and water in Chula Vista and National City.
The company has approximately 185 employees and are in the process of hiring about 15 more ranging from skilled trades including mechanics, HVAC, shipfitters and pipefitters to administrative positions including QA specialists, accounting personnel and project managers.
Todd Roberts, president of Marine Group Boat Works, said the maritime industry is not easily impacted by pandemic factors. In fact, he said his company averages $65 million a year in revenue with the highest year being 2020 when revenues came in at $72.9 million.
“Boatyards and shipyards are what’s called “critical infrastructure” or commonly known as essential businesses,” Roberts said. “At any point in time, shipyards and their supply chains need to be able to respond to the needs of the Department of Defense and Homeland Security at a moment’s notice.”
His company is among the six longstanding shipyards on the San Diego waterfront that works with suppliers, builds, repairs and maintains commercial vessels and U.S. Navy vessels.
“Meanwhile, the maintenance and repair of vessels such as war ships, patrol boats, fire boats, police boats, etc., are not things you can put off, especially for safety purposes should the vessels be called for service,” Roberts said.

Economic Impact
According to the Port of San Diego’s “Working Waterfront Stats,” the shipyards generate approximately $1.25 billion in shipbuilding and repair payroll and are made up of about 14,000 shipbuilding and repair workers.
San Diego-based General Dynamics NASSCO has approximately 3,535 local employees and recently started construction of the future USNS Robert F. Kennedy (T-AO 208), the fourth of six vessels for the U.S. Navy’s John Lewis-class fleet oiler program.
At BAE Systems San Diego Ship Repair, they have approximately 1,100 full-time employees and since the mid-1970s have been a leading shipyard in modernizing both U.S. Navy surface warfare ships and commercial vessels.
Spending in the defense sector accounts for about 20% of San Diego’s gross regional product (GRP), according to research by the San Diego Regional Economic Development Corporation.
The world’s ocean economy has an estimated value of $1.5 trillion per year, according to The Commonwealth Blue Charter. The emerging “blue economy” is built on the idea that the economic opportunities of the ocean come with stewardship that protect these natural resources.
“Over the long term you should see a lot more growth around the port and blue tech jobs as well,” O’Callaghan said. “And the blue tech industry is growing in all kinds of ways from unmanned [vessels] and people having to build and control those, to actual things being done on the water itself whether that be boat manufacturing or renovations.”
Right alongside these port businesses who need skilled trade workers, Pasha Automotive Services plans to tap into the community’s workforce.
“There is a large demand for truck drivers and trade work,” Molinaro said. “We plan to reach out to local community colleges and high schools to ensure South County residents are aware of job opportunities in our industry.”
While the job trends in these industries ebb and flow with seasonal projects, O’Callaghan said there will be a continued need for skilled workers going forward.