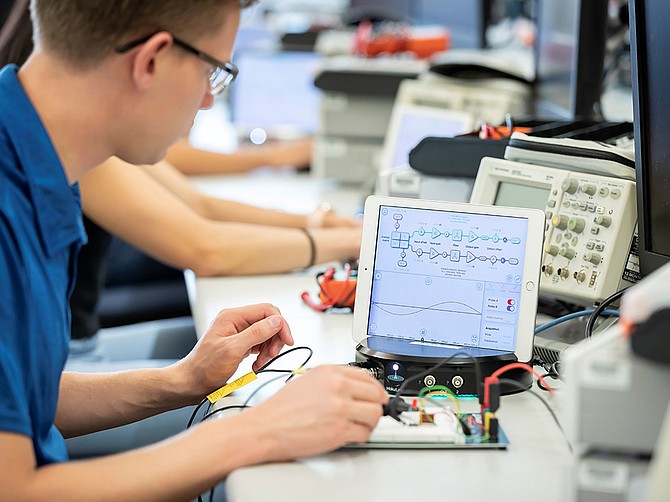 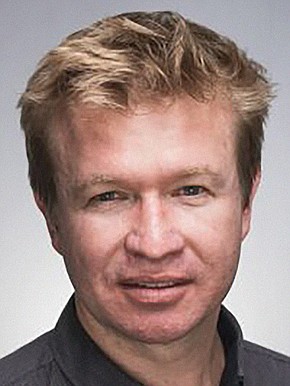 The new financing came from existing investors Anzu Partners and ANU Connect Ventures as well as new investors F1 Solutions and Moelis Australia’s Growth Capital Fund. Liquid Instruments previously had raised $8.1 million in January 2019.
Liquid Instruments CEO Daniel Shaddock said the money will be used to accelerate the global adoption of its new portable engineering lab solution called the Moku:Go.
“We’ve proven the advantages of software-defined instrumentation, and it’s now clear to our users and investors that the transition from a hardware market to a software industry is well underway,” said Shaddock. “This new architecture unlocks opportunities across education, R&D, and industrial markets and these funds will enable us to deliver a portfolio of new products at scale.

All-in-One Devices
Founded in 2014, the company was launched by a team of experimental physicists and engineers. The startup makes test and measurement equipment for scientists and engineers.
Liquid Instruments’ gadgets that combine the functions of several common lab devices into one piece of equipment.
Its latest product, called Moku:Go, delivers the functionality of an oscilloscope, constant temperature controller, logic analyzer, arbitrary waveform generator, data logger, spectrum analyzer and other tasks in one device. It sells for about $500.
The company also has a heftier, 12-in-1 tester called Moku:Lab for research institutes, universities and tech companies doing corporate research and development. Depending on the software package, the system runs from $3,500 to $10,000.

Working with Universities
“We sell our product in more than 30 countries now, we have a network of distributors all over the world who help us sell what has become millions of dollars of export revenue for us,” said Danielle Wuchenich, chief operating officer of Liquid Instruments. “Since March, the most common customer profile has been students purchasing the device at the direction of their university.”
“We were surprised to see how much application our technology has in many different areas, including undergraduate education. We found that students love to use our products, which were really designed for scientists and engineers,” she said.
About a hundred professors have signed on to use the device as part of their fall classes, and the company is working with other partners in universities around the world.
Large scale production of the devices started this month, the company anticipates that its product Moku:Go will be a commonplace item in thousands of classrooms over the next few years.

New Leadership
Shaddock is a professor in physics at the Australian National University. Wuchenich was a former student of Shaddock. The founding team also includes former researchers at NASA’s Jet Propulsion Laboratory.
Liquid Instruments started out with a 12-person founding team before successfully turning its prototype into a high-demand product. The company now has 50 staffers, headquartered in Solana Beach. It also has presence in Australia with about a third of those based in San Diego.
In conjunction with the funding, Liquid Instruments appointed Saar Gillai, a former executive with Hewlett Packard, as its chairman of its board of directors. Patti Key, a former sales executive at Keysight Technologies, has joined its advisory board.