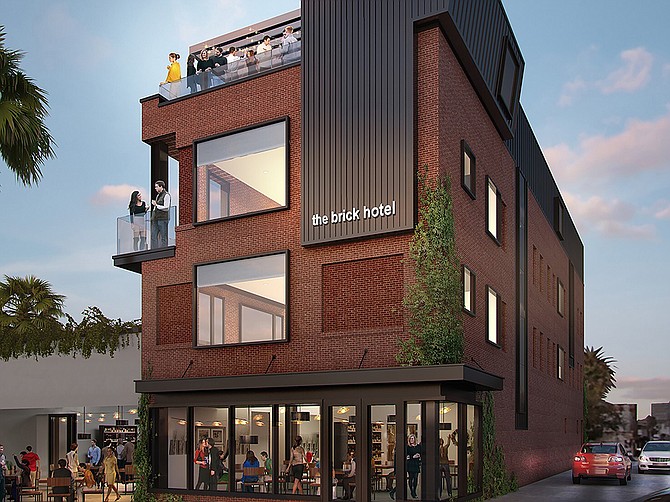 Originally a hardware store, a downtown Oceanside building that dates back to the city’s incorporation is being transformed into a boutique hotel. Photo courtesy of Thomas Aldrich.


“It’s been a long project renovating an old building,” said builder Thomas Aldrich.
Before Aldrich could even start creating what would become The Brick Hotel at 408 Pier View Way, he had to buy the building next door after discovering that the roof of that building was holding up one wall of the building he wanted to renovate. 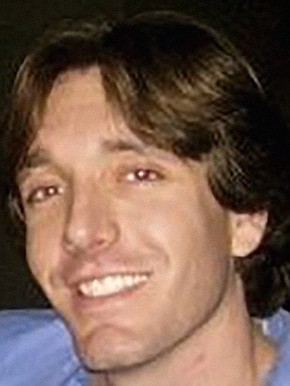 The adjacent building at 406 Pier View Way had a past to live down as a rough-and-rowdy drinking hole that was eventually closed down by Oceanside police and the California Department Alcoholic Beverage Control.
Aldrich bought The Brick Hotel building in March 2017 for $1.1 million and the building next door in March 2017 for $1.3 million, according to CoStar, a real estate research firm.
“I would say it was an opportunity for us to combine the two,” Aldrich said. “It was a crazy project.”
By the time he’s finished, Aldrich said renovating the two buildings will have cost about $3 million. He said finishing the restaurant space for a tenant will likely cost an additional $1 million.
“It will be something unique,” Aldrich said, adding that the goal is to open the hotel in late summer. 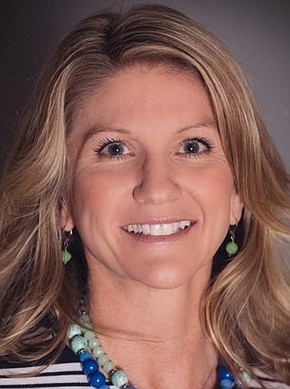 “They had to disassemble and reassemble it brick by brick,” Geller said. “It’s going to be super cool.”
While not quite so dramatic, the renovation of the once-rowdy bar next to the hotel was an important part of the city’s resurgence.
Known in its heyday as the Firewater Saloon, Aldrich remodeled the old bar into Frankie’s Cocktail Bar, which opened in 2020.
To create the hotel, he had to encase the old building in a steel cage and put in a new foundation to bring it up to modern earthquake safety standards and hold up the old building.
“When you leave up the shell on a brick wall in order to do foundation work, you have to dig under the foundation and set the steel,” Aldrich said. “It’s a very labor intensive project. It’s not like pouring a concrete slab on a house type of idea.”
The interior had deteriorated to the point that it was unsalvageable.
“It was just in really bad shape. It had been leaking all the way down from the rooftop to the first floor for the last 20 or 30 years,” Aldrich said.
The first floor of the renovated building has the 2,000 square-foot restaurant space, a kitchen, and five guest rooms.
The second floor has five guest rooms with balconies, and the third floor is a 2,100 square-foot rooftop deck.
Aldrich said that the restaurant will provide food service to the rooftop deck and Frankie’s next door and to a Stones brewery that’s forms a complex of structures centered around an alleyway that also will have Succulent Café operation.

Discovering a Past
According to the history that Arnold posted on the hotel website, the structure dates back to 1888 when the two-story building was built by John Schulyer as a hardware store.
The hardware store fueled much of the city development that followed in Oceanside’s early days.
The two-story building had a brick exterior with over-sized ceilings.
A third story was later added and the ceilings were lowered to covert the building to a grocery store, which is remained into the 1930s.
Around that time, the brick was covered in stucco.
When he started looking at the building, Aldrich said many thought the stucco, as in, many thought the stucco was of 1960s or 1970s vintage because of the stucco but that he learned actually dated back to the 1930s.
“We pulled off the stucco and exposed the brick,” Aldrich said, uncovering signs painted on the brick telling of its past.
“The stucco was kind of like a glue that held the building together. When we pulled the stucco off, you could see the cracks,” Aldrich said. “We knew that it was going to be masonry brick that was going to be a struggle to deal with. We didn’t know the condition until we pulled the stucco off.”
Adding to the challenge in renovating the Brick building was its width – 27 feet.
Aldrich said city officials helped him work through it all, but even so, it took time and patience.
“You’ve got ADA (American with Disabilities Act) issues all over the place. When you’re trying to fit an elevator in and two sets of stairs, it’s real tight,” Aldrich said.

Reaching Out
Much of downtown Oceanside has been going through a renaissance, but Aldrich said that the renaissance is just starting to reach the part of downtown that includes The Brick.
“I would say we’re in the early innings, especially our side of the tracks,” Aldrich said, referring to the railroad tracks that separate the western edge of the city close to the beach from the rest of downtown.
“I’m from Oceanside originally. I like working with the city. We do vacation rentals down The Strand, other value-add stuff,” Aldrich said. “I just wanted to stay in Oceanside. I like the history of it.”

Location Matters is the leasing agent for the ground floor restaurant space and the rooftop lounge. 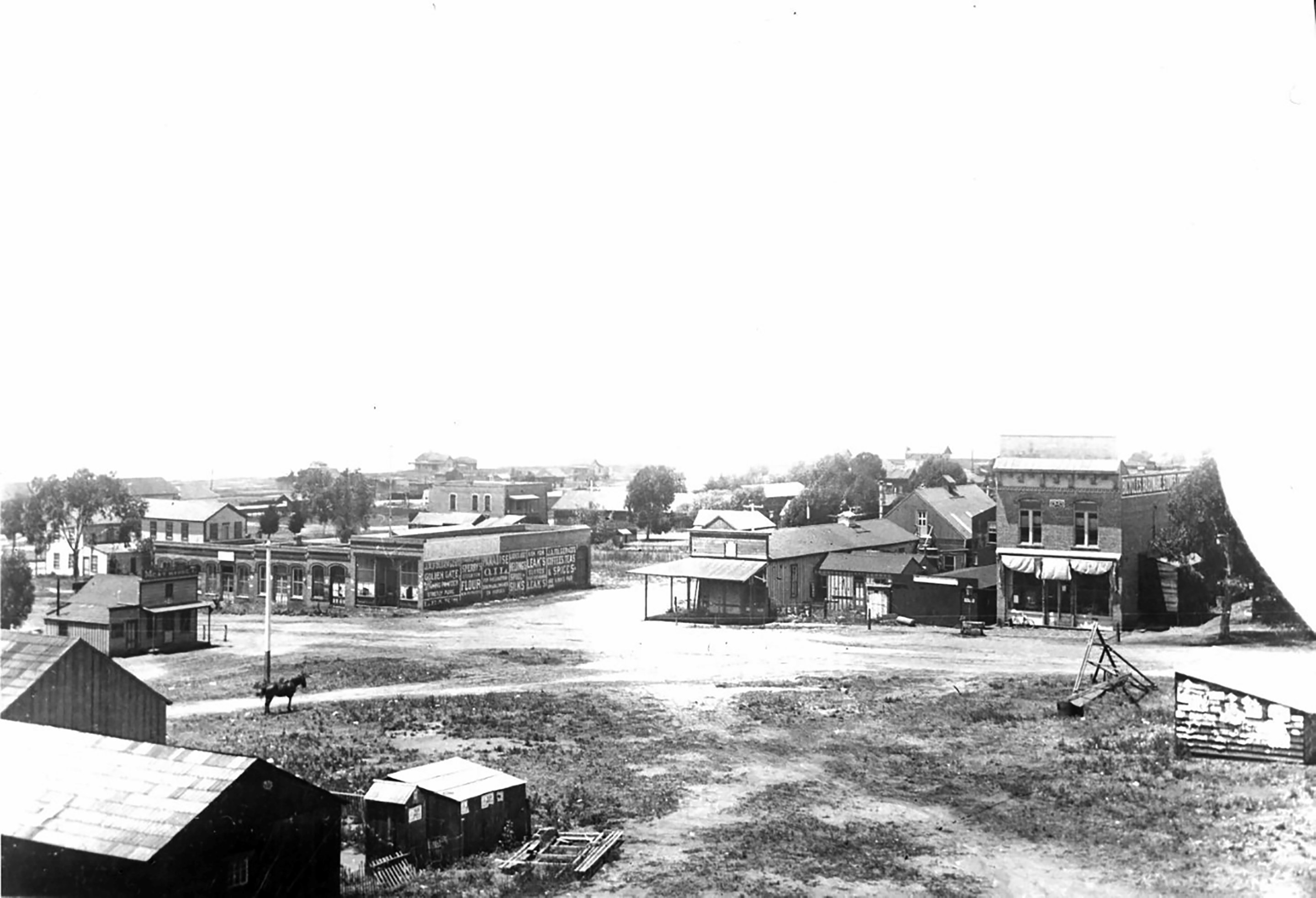 Downtown Oceanside around 1900 with the building that will become The Brick Hotel on the upper right. Photo courtesy of Thomas Aldrich