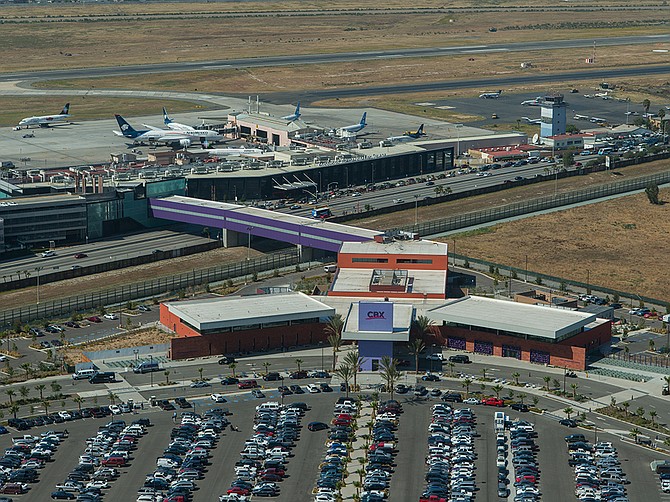 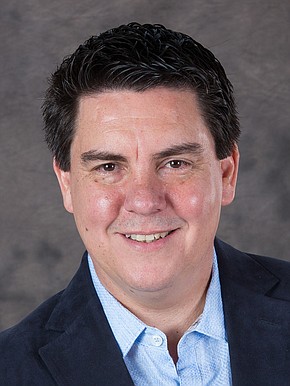 The purpose is to change two-way streets to one-way streets in order to minimize congestion and create better flow of traffic to and from CBX, said Jorge Goytortua. Goytortua is CEO of the 390-foot-long pedestrian skybridge that connects ticketed passengers traveling through Tijuana International Airport to San Diego.
Founded in 2015 and with 400 employees, CBX served 2.9 million users in 2019, according to the company. After experiencing a decrease to 1.7 million in 2020 due to COVID-19, CBX is on track to see 2.8 million users this year, he said.
As part of the revamp, streets will be repainted and street signage will be installed, said Goytortua, and foot traffic security will be added to protect pedestrians and vehicles alike. The timeline for the completion of this phase of CBX’s 15-year Master Plan is October, he added.

Better Experience
“The goal is to make sure our customers have a much better experience when arriving or departing CBX,” said Goytortua. “On the (U.S. Customs and Border Protection) Cross Border Xpress, we already worked on the 6,945 square foot expansion that allows a more spacious layout. It includes four additional double stacked booths that will enable additional officers to simultaneously process passengers at one time, reducing wait time. We also installed kiosks that process customers automatically. This is all part of making sure the infrastructure is the right one to fulfill the demand for the next 15 years.”

345 Hotel Rooms
The street conversion is the first of many stages of the Master Plan, said Goytortua.
Also discussed during the recent public hearing with the Planning Commission was  the build-out of one or two hotels with up to 345 rooms total. Plus, the additions of a business center, a restaurant, a gas station, a car rental center and a convenience store, he said.
Goytortua said CBX already has pre-authorization from the city to move forward with these additional advances as part of the larger project. The next step is to decide when to start building them out, he said.
“This is all part of the Master Plan and as time goes by, we will be evaluating when is the right time to start breaking ground on any of those subsequent projects,” he said, adding that there might be some changes down the line. “Nothing is written in stone, except we do have approval for 8,000 parking stalls and the goal is to get this all done in the next 15 years.”
Elsewhere, CBX implemented a biometric facial comparison technology to its terminal in November, he added.

Doubling its Size
On the Tijuana side, Goytortua said there are some updates in the works, as well, that will have an impact on future CBX business. 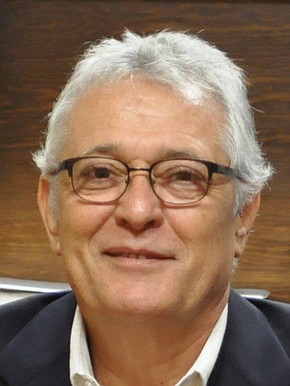 The Tijuana International Airport is doubling its size with the construction of a new Passenger Processing Facility. This will allow airlines to expand international services, he said, and will convert Tijuana International Airport into a true binational airport.
“The first phase, to be completed by December, will include 40 airline ticket counters and the second phase will feature a huge area for immigration and customs for CBX customers,” said Goytortua. “This is really in response to the demand we have seen in the last five years.”
The second phase of this project, to be completed December 2022, will include a customs and immigration area that will allow international passengers to be inspected before crossing into the U.S., he explained.

$855 Million Annually
These expansions can have a positive effect on tourism in San Diego, said Eduardo Gonzalez Perez, administrator of the Tijuana International Airport, and vice versa.
“Since CBX opened in 2015, we’ve seen a cumulative growth of more than 60%,” he said.
Added Julie Coker, president and CEO of the San Diego Tourism Authority: "Cross Border Xpress has always been a critical part of the region’s tourism ecosystem, providing another convenient and cost-effective option for international travelers. While our leisure travel market is performing exceedingly well, San Diego’s tourism industry can’t fully recover until business and international travel return to pre-pandemic levels. The upgrades and expansion at CBX will go a long way to attracting the international visitors we need to rebuild our tourism economy."
Pre-pandemic, CBX accounted for 73% of the total international passengers arriving on flights to the San Diego region, said Goytortua. He added that according to an economic study conducted in 2019, CBX impacted the San Diego economy by $855 million dollars that year.