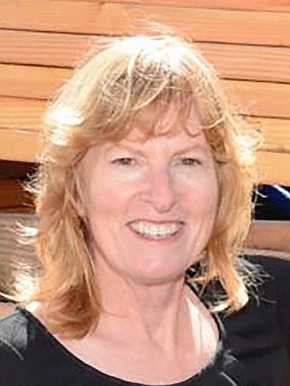 Pfeiler, a former Escondido mayor, takes over as head of the association in July after serving as CEO for Habitat for Humanity in San Diego for nine years and will be the first woman to hold the top spot in the Building Industry Association (BIA) since it was founded in 1938.
“I have to give a lot of credit to the leadership in the BIA,” Pfeiler said.
As an advocate for affordable housing and a former city official, Pfeiler brings a different perspective to the organization, but she said that just like market-rate builders who make up the bulk of BIA members, she faced many of the same obstacles they do.
“What I want to do is really take the conversation around this idea that housing is important to every single one of us. The stability of communities relies on cities solving the housing crisis,” Pfeiler said. “In some ways, everybody is dealing with the issue of how to process (building) permits very quickly to get things done so that housing can be built.”

A Bridge-Builder
Pfeiler replaces Borre Winckel as CEO. Winckel announced his retirement earlier this year after heading the organization for 13 years. 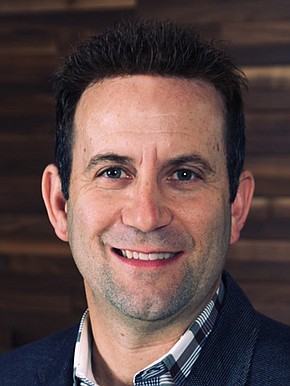 Alex Plishner, board chair of the BIA, said Pfeiler “is a true visionary and a collaborator.”
“She has a deep understanding of the affordable and middle-income housing issues our region faces and how to create more housing options for all San Diegans,” Plishner said.
Pfeiler was Escondido mayor from November 1998 to December 2010, board chair of SANDAG (San Diego Association of Governments) from 2008 to 2010, and board chair of the San Diego Housing Federation since July 2016.
Steve Russell, president and CEO of the Housing Federation, said the BIA’s selection of Pfeiler as its new leader “is an extraordinary choice.”
“Lori is well known for her deep commitment to housing for all San Diegans and for serving as a bridge-builder toward shared goals,” Russell said. “Having worked with Lori for many years, I know her heart and I know her mind and I am excited to work with her in this new role.”

A Common Goal
As CEO for Habitat for Humanity, Pfeiler said she had to face the same permitting issues that market rate builders face.
“I’ve processed permits. I know how long it takes and how costly it becomes,” Pfeiler said.
As a former mayor, Pfeiler said she can bridge the communication gap between builders and cities.
“What I bring having been an elected official is I know how important it is to vote for housing,” Pfeiler said. “If we could just move to a mode of realizing that we have to have more product, more supply, it will make housing more affordable for everyone. Everywhere you go, you talk to somebody and they say ‘I can’t even dream of buying a home.’ We used to take it for granted that you could buy a house.”
From the builder’s perspective, Pfeiler said they’re being squeezed by the rising cost of materials among other things.
“There’s a lot of challenges – the cost of lumber, the cost of materials is prohibitive, the cost of processing is prohibitive, the cost of money is prohibitive,” Pfeiler said.

Moving the Conversation
Pfeiler said she hopes to focus on what she calls “the missing middle” in housing – middle income families with solid jobs who can’t afford to buy a home because housing prices have gotten so high – fire fighters, police officers and school bus drivers.
If young families can’t afford housing in San Diego, they’re likely to look elsewhere, which Pfeiler said could lead to a graying community.
“We have to build more homes for firefighters, young families, nurses, teachers, first-time homebuyers, seniors and others. If we don’t, we will continue to see families and jobs driven out of San Diego,” Pfeiler said.
As head of the BIA, Pfeiler said she hopes to forge partnerships with other housing advocates to work toward a mutual goal of increasing the housing stock in the county.
“The BIA is a solution to the problem. We’re not creating a problem,” Pfeiler said. “I think the BIA has a lot of great expertise and I look forward to moving the conversation down the road.”