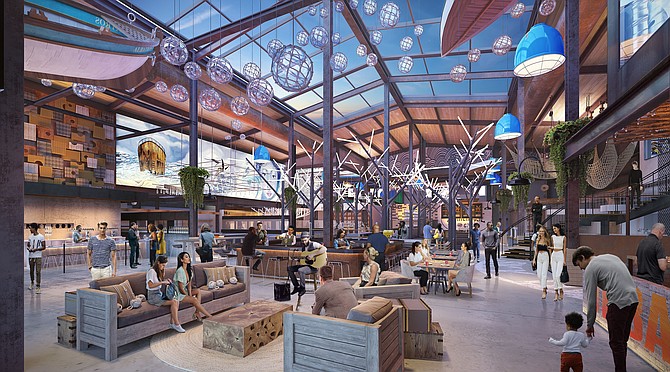 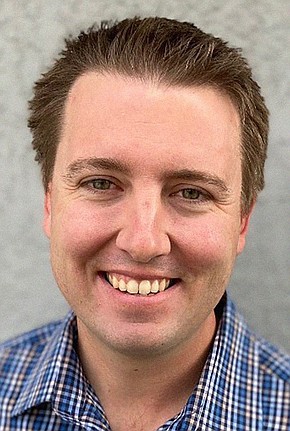 The expansion of the 400,000 square-foot shopping center began five years ago but the completion of Sky Deck as the final piece was put off for a year when the COVID-19 pandemic hit, said Tim Sullivan, project manager of Donahue Schriber Realty Group, the center’s owners.
“It’s been a long time coming,” Sullivan said, adding that the original plan was to open the Sky Deck in May 2020.
At about 120,000 square feet, the Sky Deck “is sort of the centerpiece” of the  expansion of the 30-year-old shopping center, Sullivan said.
The project is scheduled for a soft opening in early June with a formal opening in mid-July.
The two-level Sky Deck was built over a 25,000 square-foot Jimbo’s grocery store.

Spanish Influence
The design of Sky Deck is meant to have a maritime industrial feel, reflecting San Diego’s historical connections to the sea, said Mitra Esfandiari, senior principal of RDC architects headquartered in Long Beach with a San Diego office in Hillcrest. 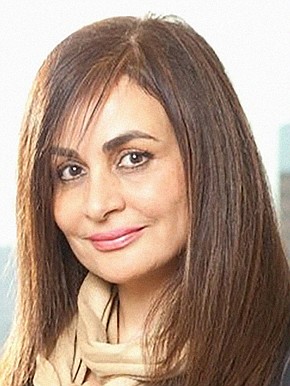 The inspiration for Sky Deck came from a trip to Barcelona, Spain by the former CEO and chairman of Donahue Schriber, Patrick Donahue.
Donahue was so taken by Barcelona’s La Boqueria marketplace and El National – a dining venue that has four separate restaurants and four specialized bars - that he sent members of his team to Spain to get a feel for them, Esfandiari said.
Sky Deck reflects some of the flavor of El National with its collection of full service restaurants and central bar.
In keeping with the maritime theme, four boats are suspended from the ceiling along with netting, buoys, pulleys and fish carved out of driftwood.
San Diego artist Celeste Byres and fabricator TECTURE based in Barrio Logan worked with RDC on the project.
The boats and other objects that are suspended from the ceiling are among what Esfandiari described as “found objects” with maritime connections.
The Sky Deck takes its name from a huge skylight that stretches about 2,100 square feet across the top.
The skylight is made of “sort of a smart glass” that can control heat, Esfandiari said.
A spiral staircase leads from the restaurants on the lower level of the Sky Deck to the brewer’s level, where glass garage-style doors also add to the indoor/outdoor feel.
“You’re kind of creating this multi-level, indoor/outdoor experience,” Esfanndiari said.
The project also has a 100-foot long mural that depicts a sea goddess at its center with a sailing ship and waves around her.

Coming Back
The brewer’s deck has Northern Pine, Rough Draft Brewing and Boochcraft Kombucha.
Restaurants in the Sky Deck include Ambrogio15, Milano Pizza, Urbana Mexican Gastronomy, Le Parfait Paris, J at Sky Deck, Craft House, Kiin Extraordinary Thai, Marufuku Ramen, Zizikis Street Food, and Glass Box.
“It is definitely not a food hall,” Sullivan said. “Each restaurant is a dining restaurant on its own.”
For people who may still have some qualms about stepping out, “We made sure that we incorporated outdoor seating that still allows people to come enjoy a good dining experience,” Sullivan said.
He said the Sky Deck has about 6,360 square feet of outdoor seating, including about 3,500 square feet on the brewer’s deck.
Retail stores and restaurants in general were hit hard by the pandemic but with the pandemic easing, Sullivan said the time is right for Sky Deck.
“With this venue, it provides a great place for people to come back out and enjoy a date night with their significant other and really engage in that experience,” Sullivan said.
He said some tenants in the shopping center struggled during the pandemic, but "the vast majority of retailers were able to adapt and continue to operate,” adding that he’s seeing a rebound.
“I think the vast majority of our customers, or guests, are excited to go out and enjoy time with their friends and family,” Sullivan said. “I really think 2021 is going to be an exciting year for restaurants and retail as things start to come back.” 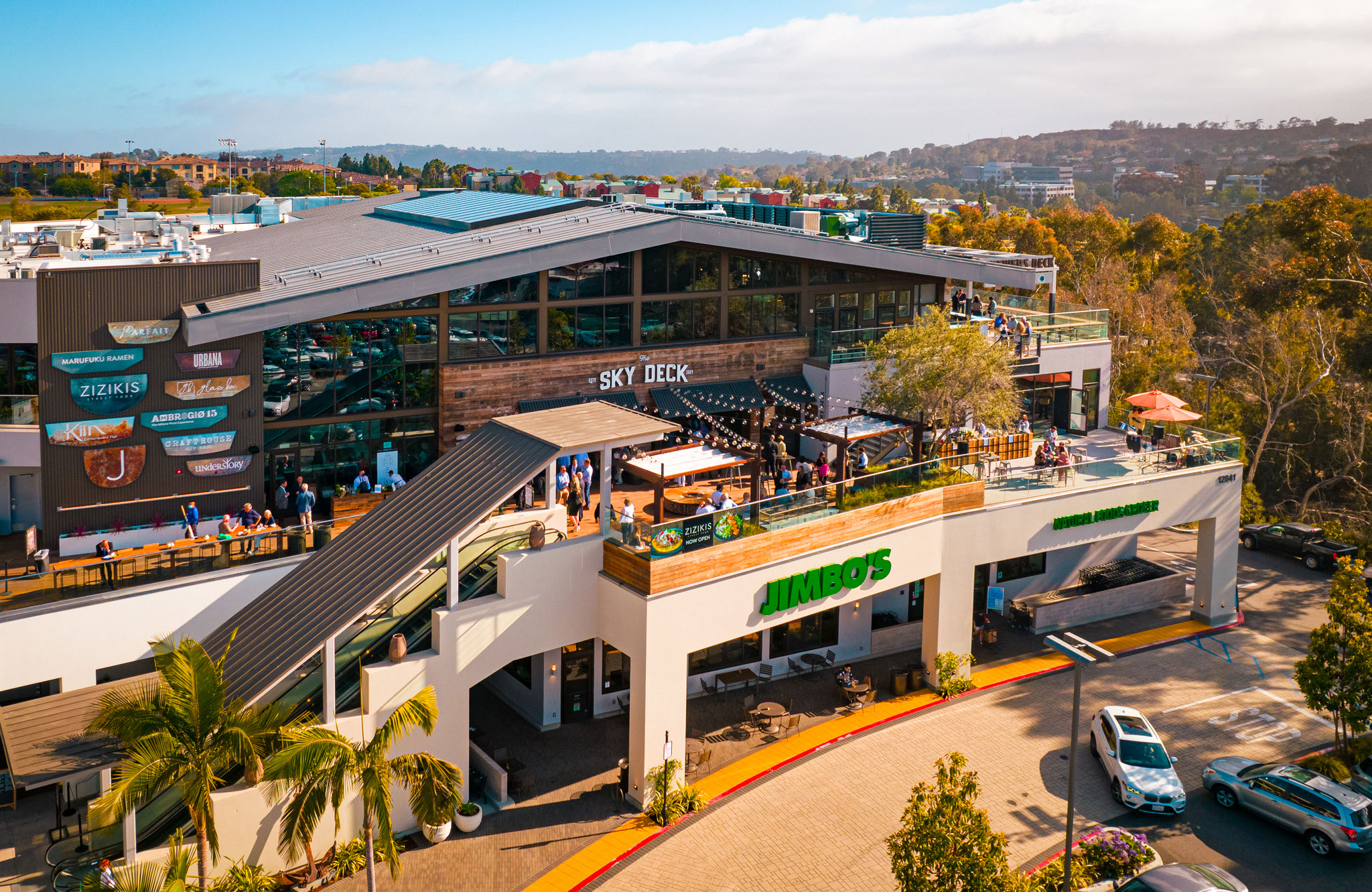