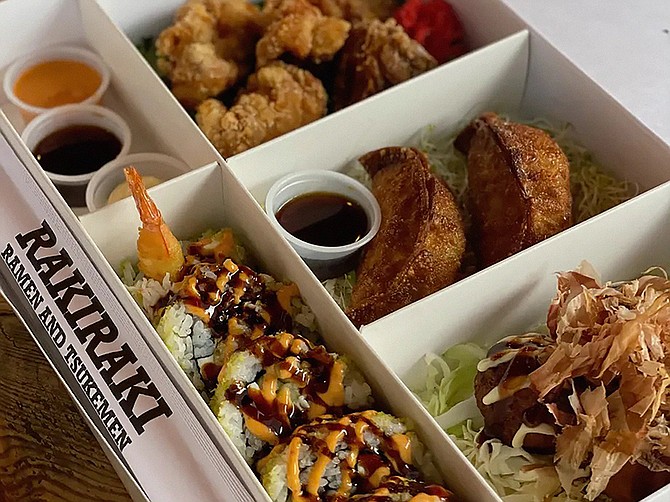 RakiRaki Commons will feature a Kaiseki bento box (pictured above) and sushi concept, as well as a Kaarage fried chicken restaurant called JCK, a RakiRaki Ramen, a The Yasai and a bar. Photo Courtesy of RakiRaki Commons. 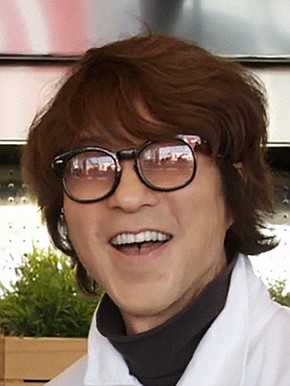 From 1984 through 2000, Watanabe co-owned Tadashi Shoji, a Los-Angeles-based evening wear fashion company.
When he retired shortly after and while living in New York City, he discovered his love for ramen. That’s when his second career, this time in the food industry, began.

Multi-Concept Space
In 2011, Watanabe, born in Japan and who studied economics at UCLA, opened the first The RakiRaki Ramen shop on Convoy Street. Today, there are four The RakiRaki locations: Convoy, Liberty Station, Mira Mesa and San Francisco. In 2017, after going vegan, Watanabe launched The Yasai, a plant-based Japanese food concept in Little Italy. A second location, also on Convoy, is currently being converted to a multi-concept space to be named RakiRaki Commons. That will include The Yasai, RakiRaki, JCK (which stands for Junya’s Crispy Karaage), a new sushi and bento concept and a craft beverage bar.
Collectively, revenue from both The RakiRaki Ramen and The Yasai is close to $7 million annually, said Watanabe. The businesses are expecting even more growth and expansion in 2021.
“I think we are going to do maybe 25% higher gross than pre-pandemic in 2021,” said Watanabe. “I’m doing a new concept called RakiRaki Commons where the old The Yasai was. It will be five concepts under one roof − a one stop premium Japanese culinary experience.”

Creativity, Persistence and Innovation
After being inspired by the booming ramen food scene in New York City in the 2000s, Watanabe spent the next seven years learning from the best ramen chefs in Japan.
Watanabe then took all of the tricks and trades he acquired and put his own spin on them. For example, Watanabe taught himself how to ferment broth and add mochi powder to his noodles to make them thicker than most.
To date, Watanabe says no other chef stateside has figured out how to do the same.

Reputation
Watanabe seems to always be two steps ahead.
When the first COVID-19 case emerged in China, Watanabe immediately began preparing his team for take-out and delivery in anticipation.
As a result, The RakiRaki Ramen made a profit during the pandemic, said Watanabe, and The Yasai broke even by October.
For Watanabe, this has all been validating.
“I think I’ve established more of my reputation in the last year, during the pandemic,” he said with a chuckle.