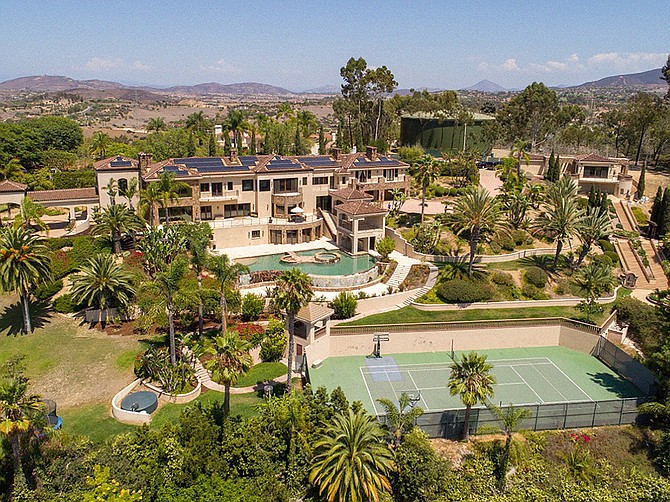 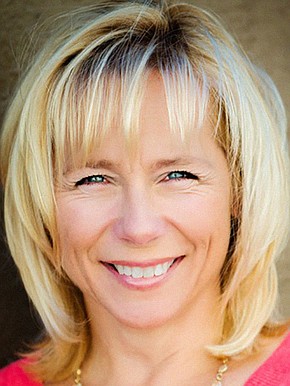 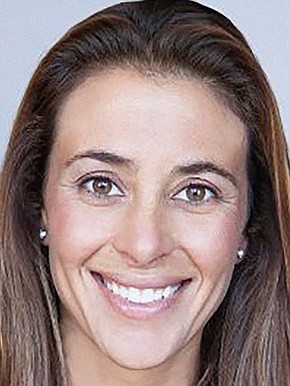 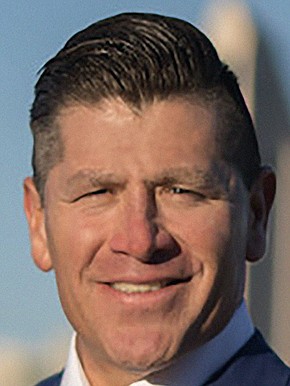 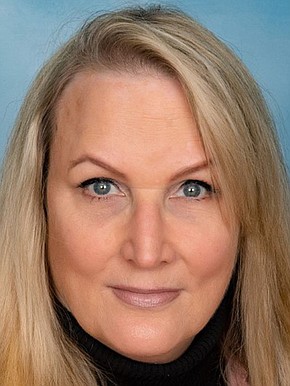 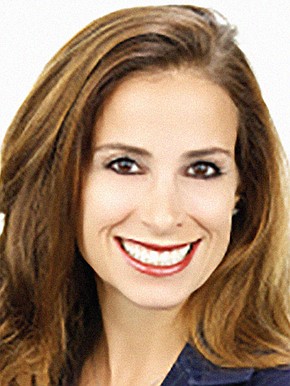 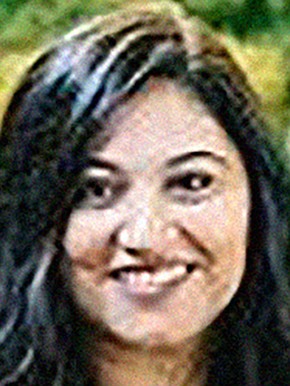 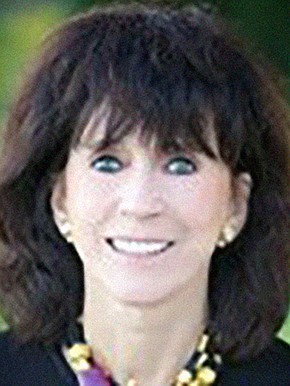 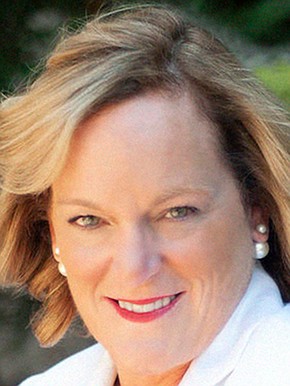 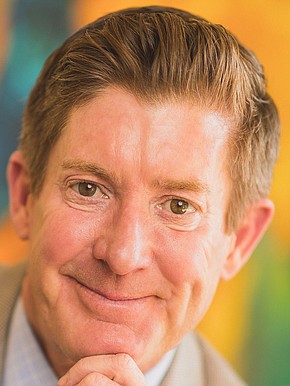 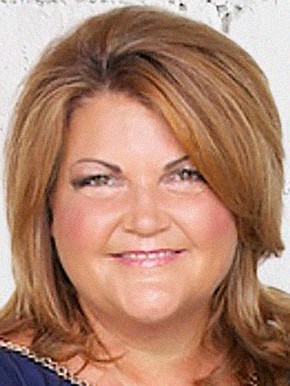 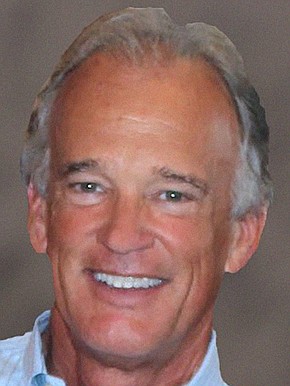 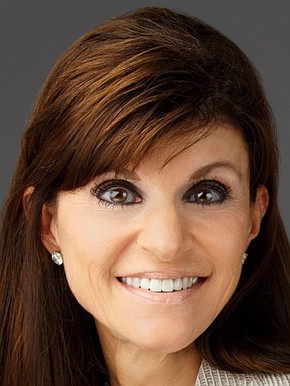 Buyer fatigue has hit San Diego’s real estate market as some people are taking a break after making offers on several homes to no avail, according to several real estate agents.
“In my opinion, I feel the buyers are feeling beat up and a little tired,” said Dawn Suprenant, with Windermere Homes & Estates.
“It’s still crazy. It’s not as crazy as the spring. I think they feel like, ‘I’ve tried everything. I’m going to take a break,’” Suprenant said. “There’s only so many times you can make an offer and be rejected and want to come back.”
Julia Maxwell of Berkshire Hathaway HomeServices California Properties said that for most buyers, “it’s a very frustrating and emotionally draining market.”
“Currently we’re seeing a very subtle, I can’t emphasize how subtle, softening in the upper range prices where we were seeing market times of two days, three days or less, we’re seeing slightly longer market times,” Maxwell said.
Even so, the market remains hot, with multiple offers still commonplace as prices continue to rise, interest rates remain near record lows and buyers far outnumber sellers with no letup seen anytime soon.
Suprenant said she recently sold a Rancho Penasquitos home for $101,000 over the asking price. She said it’s become more common for buyers to pay more than list price.

Killing It
Carlos Gutierrez of eXp Realty of California said the market is shifting ever-so-slightly, but that it remains very much a seller’s market.
“We’re starting to see inventory creep up, longer days on market,” Gutierrez said, adding that there are fewer “hyper bidding wars happening.”
“We still have bidding wars but I don’t see them happening as much,” Gutierrez said.
Nancy Layne, president of North San Diego County Realtors, said she’s noticed a letup in the market, like Suprenant, attributing it to buyer fatigue.
“We’re finally seeing more stuff come on the market. It’s getting a little more competitive, Layne said. “I think it’s flattening out.”
Dina Brannan, vice president of operations for Century21 Award, said the market “has kind of lost its panic mode.”
“Things are not flying off like hotcakes. They’re still going fast, but they’re not this crazy where things are selling before they even hit the market,” Brannan said.
Still, Brannan said Century21 Award agents had their best month in June since 2006.
“Our agents killed it in June,” Brannan said.

Educated Buyers
Melissa Goldstein Tucci of Coldwell Banker West said that the overall market is “the strongest it’s ever been,” although she said the number of offers being made on a particular house has dropped a little since mid-June.
“The values are still skyrocketing and it’s still a great time to buy because I don’t personally see anything changing anytime soon,” Tucci said. “I see the market remaining strong.”
The Greater San Diego Association of Realtors reported that the median price of a single-family home in San Diego County in June was $879,000, up from $680,000 a year ago, with the median price of attached units $553,000, up from $453,000 a year ago.
Mortgage banker Linnea Arrington, president and founder of San Diego Funding based in Point Loma, said she’s seen some potential borrowers back out of the market hoping prices will top out and come down.
“I don’t think they will,” Arrington said. “We have this huge demand for housing. Now we have many, many more buyers than we have homes.”
One change she’s noted is that buyers have become more sophisticated about what to expect and are better prepared.
“Most of the buyers who are coming into the market are very well qualified. They understand what they need to do. The buyers we see are of a much higher quality than in the past,” Arrington said. “They’ve got good credit. They’ve got money down, and the clients today understand the market. They understand what they’re going to have to pay. They’re very educated. They’ve done their homework.”

Surprise
Wendy Purvey, chief operating officer of Pacific Sotheby’s International Realty, said it would be wrong to say the market was softening.
“The frenzy has tailed off. I would not say it has died down. We still have frustrated buyers that can’t get what they want,” Purvey said. “There’s no way that there’s a softening in the market. What’s happening is a tiny correction and that correction is way, way needed in a healthy market. The price and values can’t keep going up at this rate.”
Sean Caddell of Pacific Sotheby’s International Realty, said he’s seen more people paying cash instead of having a mortgage, and they’re willing to pay more than the seller’s asking and they’re eliminating contingencies, “buyer investigations, everything.”
“We’ve had almost every property we sold recently, the buyers have removed their appraisal contingency, whether it’s financed or cash,” Caddell said. “I have not seen it like this before where people are so anxious and excited to get a property.”
Chris Anderson, president-elect of the Greater San Diego Association of Realtors, said the intensity of the market over the past year caught some by surprise.
“We all thought with COVID, it would be a screeching halt,” Anderson said, adding that the pandemic had the opposite effect.
“We had a lull for about a month, but honestly, I’ve been tracking my business for 32 years. Now it’s back in full force. It’s crazy,” Anderson said. “This is the strongest market in all my years and the market indicators don’t show that it’s going to relax. The only way that will happen is if the interest rates go up.”

More Loans
Anderson said low interest rates have moderated the effect of rising prices.
Freddie Mac reported that as of mid-July, the average interest rate on 30-year, fixed-rate mortgages had dropped to 2.88 %, down from 2.9% a week early, down from 2.98% in the first week of July and down from 3.18% in April.
Arrington of San Diego Funding said she doesn’t expect rates to rise in the coming months.
“For the next six months, that’s really as far as I’m willing to look, it appears that the economy is not coming back as they thought it would. That’s causing interest rates to go down,” Arrington said.
Recent changes in federal lending rules also allow borrowers to take on more housing debt, Arrington said.
“That is making loans more available, which keeps the demand for housing up,” Arrington said.
“On the buyer’s side, even though it’s competitive and the prices are high, your payment is probably the same as if you bought it five or six years ago because the interest rates are so low,” Anderson said. “A lot of people get stuck on sticker shock.”
Despite the competitive marker for buyers, Anderson said that she advises people “if you’re able to buy, buy. If you can afford the payments, buy. You have secured your cost of housing.”
Even as housing prices are rising, so are rental rates, Anderson said.
“A lot of people are saying, ‘I’m going to save a lot of money. Then I can buy,” Anderson said. “It (prices) are appreciating a lot faster than you can save.”

Looking East
Along with low interest rates, Chris Hasvold, past president of North San Diego County Realtors, said the lack of inventory has contributed to the intensity of the market in recent months.
“I’ve been in this business for 40 years, so I’ve seen lots of ups and downs,” Hasvold said, “but at least we had a lot of inventory.”
“It’s a Catch 22. You have lots of sellers who would like to sell but aren’t going to put their house on the market because there’s nowhere for them to go,” Hasvold said. “Something’s got to give. If everybody who wants to sell put their house on the market, there would be lots of inventory.”
According to Reports on Housing, an agency that tracks housing in San Diego and Orange counties, the inventory of homes on the San Diego County market was up by 11% in mid-July, to 3,059 listings but that still was a near record low and compared to 4,577 homes on the market at the same time last year.
The inventory in 2006 – a year before the Great Recession – was 18,000 homes on the market, reaching 20,000 in 2008, according to Reports on Housing.
Meanwhile, housing prices appreciated at a rate of 14.6%, the highest rate of appreciation since 1988, according to Reports on Housing.
Purvey of Pacific Sotheby’s said one effect of rising prices is to push some buyers away from coastal communities to more inland locations.
“What’s happening because of these price increases, people are chasing the value, they’re chasing the value east,” Purvey said. “We’re going to see many people migrating from the coastal areas that are looking for that value that they can afford.”
Among luxury home buyers, Purvey said that Rancho Santa Fe has been especially active, calling the submarket “unbelievably hot.”
For a time, Rancho Santa Fe was out of fashion but that changed with the pandemic.
“Now it’s back to being sort of about this traditional setting – big huge settings,” Purvey said.
As a result, Linda Sansone, an agent with Pacific Sotheby’s in Rancho Santa Fe, said that home prices in Rancho Santa Fe have risen especially fast.
“You used to be able to get in the Ranch for a couple of million. You’re lucky to get in here, and an older home, for $3.2 million to $3.5 million, and those are few and far between,” Sansone said. “I’ve never seen a market like this. I’ve never experienced anything like this before. It’s the pricing, it’s the lack of inventory – so many buyers coming in and multiple offers and over asking (price).”
Sansone said that she has seen the number of  showings decline slightly.
“I am seeing that the franticness of the market has calmed down, I’d say in the past three weeks,” Sansone said. “People are on vacation because they haven’t been able to take a vacation in over a year.”
Sansone predicted the market would heat up again in August as people return from vacation.

Stress
Purvey said she’s also seen a significant influx of buyers from Northern California and out-of-state, with Oregon, Seattle and Texas among “our big feeder markets.”
“I think San Diego has been discovered and it is a place where people want to continue to come,” Purvey said.
Even so, Purvey said Californians still make up the bulk of home sales in San Diego County.
Along with creating buyer fatigue, Layne said the intensity of the market since the pandemic started has been stressful for agents.
“This market, because it was kind of frenetic, everybody is trying as hard as they can to get their deal for their buyer and sellers are trying to get everything they can out of the deal,” Layne said. “Agents are being pressed to their limits at the same time, not feeling like they should complain because this is kind of what everyone dreams of, having a crazy market where things are selling hand-over-fist but you really have to be on your game.”
Hasvold of North San Diego County Realtors said “it’s a difficult time right now” for agents.
“If you’re representing buyers, you’re running around potentially writing dozens of offers that never get accepted. If you’re a listing agent, you’re not getting that but you’re dealing with sometimes 10 to 25 offers and sometimes more,” Hasvold said. “It’s not just a piece of paper with a number on it. It’s a family, maybe a buyer who has his hopes and dreams on this house.”