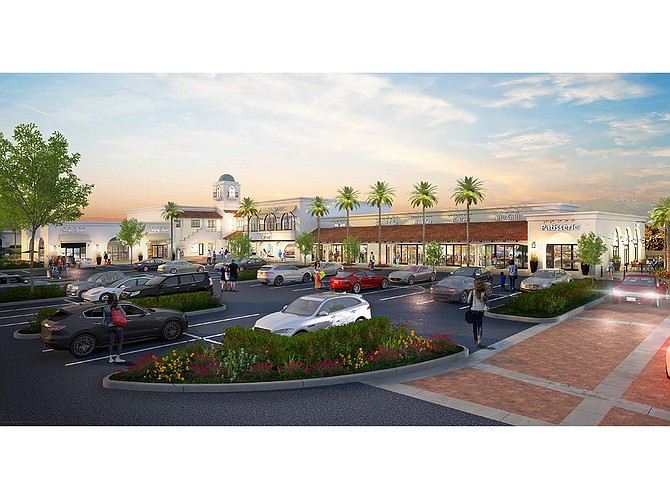 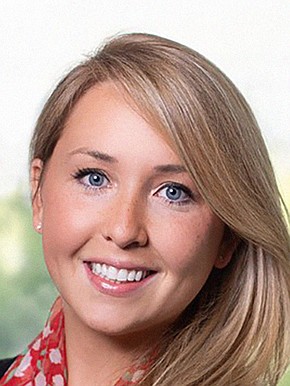 “Our vision for The Beacon from the beginning has been to create an environment and merchandising mix that’s tailored to the individuals and families that make up the local community,” said Clare Walsh, director of leasing strategy at Asana Partners.
Asana Partners, based in Charlotte, NC, bought The Beacon La Costa at 7710-7770 El Camino Real in 2019 for $57.6 million, according to CoStar, a real estate research firm, and began work on the renovation in 2020.
The renovation was designed by AO architects of Orange. The general contractor was Good & Roberts of Carlsbad.
Part of the 122,287 square-foot center was vacant when Asana Partners bought it, Walsh said.
The Spanish style-architecture of the center was retained but outdated storefronts were replaced with a new façade, Walsh said.
A driveway between two buildings was closed to create a 1,000 square-foot open area.
“For us, it was very important for people to have a place to gather,” Walsh said. “We’ll be planning events there as well.”
The renovation also included adding 20,000 square feet of office space to existing office areas on the second story, for a total of 29,000 square feet of office space. Retail accounts for 93,287 square feet.
“We loved the mixed-use nature of the project,” Walsh said. “We feel like there’s really good synergy in having both office and retail. We like to think office likes being around office and retail likes being around office.”

Tenants
The center is anchored by Equinox Fitness Center & Luxury Spa.
New additions include Shake Shack, The Wise Ox butcher shop, Glow Theory dermatology studio, and Jeni’s Splendid Ice Cream.
Plans also call for full-service restaurants to be added.
“In the retail space where we like to invest is really creating an environment where people are coming multiple times a week and how you do that is pulling together the right tenants,” Walsh said.
Retailers and restauranteurs were especially hard hit by the COVID-19 pandemic, but Walsh said the market for both is improving.
“I see promising signs,” Walsh said. “A lot of what we’re seeing is people are excited to get back out and try the best new restaurants and go to events again, maybe go to the spa or get their nails done.” 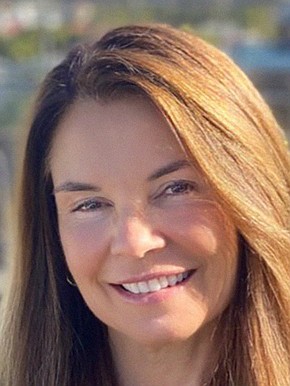 Acquiring and renovating The Beacon was “an incredibly rare opportunity,” Walsh said.
“It’s located along El Camino, a real major thoroughfare,” and “there’s significant barriers in the marketplace to build anything new,” Walsh said.

Sprucing Up
Amy McNamara, a principal of the commercial real estate brokerage Urban Property Group based in downtown San Diego and Encinitas, said the retail market in San Diego County is picking up, especially in North County coastal submarkets.
McNamara said North County leasing and sales slowed during the pandemic but the region has had “very brisk sale and lease activity since the New Year for all product types.”
Coming out of the pandemic, people are eager to return to locations that offer an experience as opposed to just a place to shop and leave, much as they were prior to the pandemic, McNamara said.
“Landlords are doing more to spruce up properties, contrary to prior COVID, where demand was so strong, landlords had to do less to get spaces leased,” McNamara said.
Demand is not as strong for submarkets east of Interstate 5, McNamara said, “but activity is picking up” and pricing of retail property remains at record levels.
“South County has been about six months behind North County, however, (is) quickly catching up,” McNamara said.

Likeable
Miro Copic, a professor of marketing at the Fowler School of Business at San Diego State University and co-founder and principal partner of BottomLine Marketing , said that Asana Partner’s renovation of The Beacon has all the elements needed to succeed for a post-pandemic retail center with a good mix of retailers and open space.
“It certainly is a very likeable small mall. The design is attractive, it’s fairly walkable and it’s not huge,” Copic said. “It blends into the local community. It becomes a great local destination and that’s what their aim is.”
In a post-pandemic work, Copic said that malls and shopping centers must rethink how they operate and what they offer.
“These things have to be remade and reconceptualized,” Copic said. “Relying on an old flavor is not going to be successful.”

Favorable Outlook
Underlining just how tough the pandemic was on retailers, the National League of Cities reported in a June report that more than 12,200 major retail chain store locations permanently closed in 2020.
But the league also noted that the market appears to be turning around.
“Despite many business closures, retailers across the country are planning to open most stores then they are closing in 2021, with a nearly 40% increase in year-over-year store opening announcements,” the National League of Cities reported. “This is due in part to businesses ability to pivot at least a percentage of their business to online sales to enhance their overall resiliency, with e-commerce growing from 11% of retail sales in 2019 to 14% in 2020.”
The commercial real estate brokerage JLL also reported a favorable outlook for retail through the rest of 2021.
The firm reported that consumer spending on retail has rebounded, eclipsing pre-COVID levels. Investor confidence – and demand – is following, evidenced by a bounce-back in retail real estate transaction volumes.
Additionally, the U.S. retail debt market remains liquid. This is happening all around the country, including Orange County and San Diego heading into the second half of 2021, according to JLL.