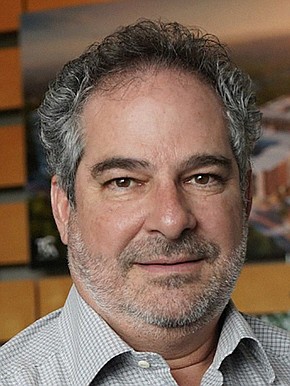 The 23-acre project that includes 608 apartments, 286,000 square-feet of office space and 96,000 square feet of retail space with more than 40 shops and restaurants took a Gold Nugget Grand Award in what PCBC said was “a closely contested category.”

The development was singled out for its “vibrant inclusiveness, and its function-driven human scaling, both within the walls of its residences and through the neighborhood.”

The design of the project was the work of several architects - TCA Architects for the residential portion and land planning, Ware Malcomb for the retail, and Gensler for the office.

“Collaborative efforts like that are always very interesting to work with other architects,” said Aram Chabazian, president of TCA Architects.

TCA Architects had been working on One Paseo since 2010, when the project was envisioned in a far bigger and denser format.

“By redesigning it into a lower density version I think was a benefit to the overall community,” Chabazian said. “It’s a lot better scale for the neighborhood.”

The final product is “a very walkable and enjoyable place,” Chabazian said. “It really is a little bit of a cliché to say live work and play, but it truly is a live work and play community,” One Paseo won a Gold Nugget in 2018 when it was still in the design stages.

“It’s an honor that the judges acknowledged this project all the way from concept to completion,” Chabazian said.

One Paseo takes its name from the pathways that meander through the development from Del Mar Heights Road.

“One Paseo truly is about connectivity and the livability of the community,” Chabazian said. “Everything is oriented to crate this pedestrian, walkable environment.”