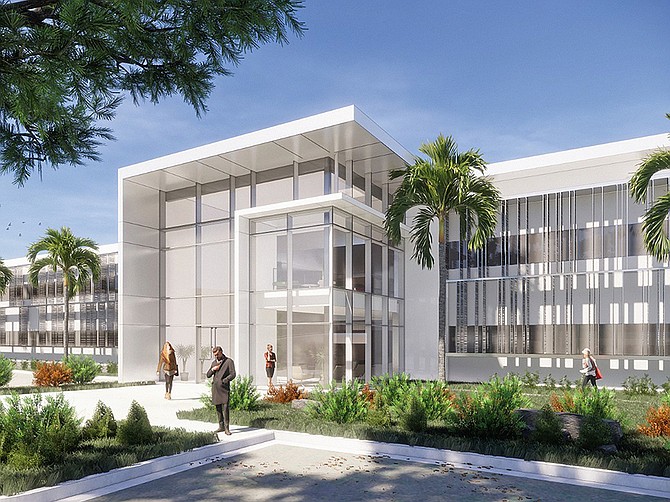 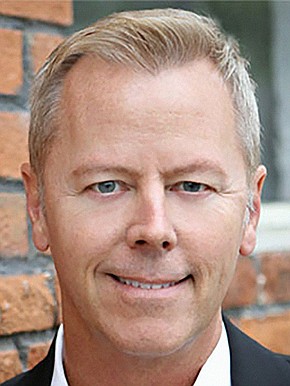 Among the more dramatic changes, the lobby that once served as simply a place people passed through on their way to somewhere else has become the focal point of the building under designs by ARVP Skyport, with the rear wall knocked out to bring the outdoors inside.

“We actually gutted the whole center of the building,” said Chris Veum, president of AVRP Skyport.  “Sometimes when you walk into a building, you’re contained. What I wanted to do is make that connection to nature right away. We literally blew out the first and second floor to open it up to the outside to the back.”

What was once a bland 1,000 square-foot lobby with elevators has been enlarged to about 3,000 square feet with sweeping views and furnishings that encourage people to meet and linger.

On the second floor, a finger balcony of about 150 square feet extends into the lobby space, almost as if it’s floating, Veum said.

The lobby will have banquette seating, and other areas to take a break or work and places to dine.

“The point being it’s a place to take your lunch break or you can work out there,” Veum said.

The remodeled lobby opens out onto a deck that was extended to about 1,500 square feet. Tiered steps lead down to about 4,000 square feet of lawn, which has been designed an outdoor space for meetings or gatherings.

Before the renovation, the back of the building was simply a hill that led down into the canyon.

“It was literally a gentle grade from the windowsill,” Veum said.

The lobby also has a secret speakeasy lounge that’s tucked behind a wall made of leather belts running vertically up a wall. The speakeasy has a golf simulator, a bar and wide-screen televisions.

It’s meant to be a place for people to take a break away from work but not quite like being home, Veum said, what he called “a third place,” different from home and work.

“Those are the things that allow you to recharge and make you better,” Veum said.

The once bland exterior also has a new look. On the south façade, vertical perforated fins form a binary pattern, a reference to combination of ones and zeros that make up the building’s address that Veum said reminded him of computer code.

The perforation in the fins also are placed to mimic binary computer code, Veum said.

The fins also break up the boxy look that the building had.

“I’m trying to change the scale of the building so it doesn’t look so stacked and flat,” Veum said. “It looked very short and squatty before. Now it’s a little more balanced visually.”

Aside from their decorative function, the fins reduce the heat from the sun inside.

Before the latest renovation, the tilt-up white concrete building had a ribbed concrete façade with black-shaded windows.

“It wasn’t the prettiest thing,” Veum said. “It was a little, let’s say ominous.”

“We don’t want to be in a box. It’s like being in a cage all day,” Veum said. “We need to make the line between interior and exterior fuzzy.”