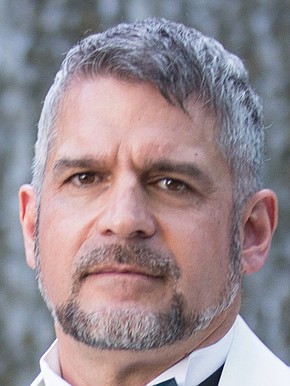 Like a shooting range, the cyber range is a place where people can practice. If things go haywire, no one gets hurt and no one’s computer systems are destroyed.

The software makes learning enjoyable by making a game out of it, complete with a cyberpunk character. The business did a soft launch aimed at consumers in December. Haiku is also seeking corporate and government clients.

Basu is a former U.S. Navy SEAL whose day job is top executive of Sentek Global, a cybersecurity company based in Point Loma that serves the U.S. military.

Basu said he embarked on the business venture after getting a chance to buy a similar company, which offered a capture-the-flag game that taught cybersecurity skills. He consulted with his information technology expert, who observed that they could “rebuild the whole thing in the cloud.” So that’s what they did.

A potential investor advised Basu to charge something similar to what videogame publishers charge. So he is working to keep his price point at $14.95 a month. Also in the works is a freemium version, where users can access basic functions free of charge and pay a subscription fee for advanced functions.

College training for cybersecurity can be “overkill,” Basu said. Cybersecurity might be better viewed as a skilled trade, something similar to construction. A proper education should be like that of an apprentice who gets better by being on the job site. “You have to be hands on,” Basu said.

Basu is taking his product to market as the cybersecurity community has more open jobs than people to fill them. California has 102,400 people employed in cybersecurity. There are approximately 55,500 cybersecurity job openings, according to the Cyber Seek website run by the U.S. Department of Commerce through the National Institute for Cybersecurity Education (abbreviated NICE).

“I feel like I have the ability to impact a lot of people. I’m excited about that,” Basu said. “… I’m hoping to make a difference with this company.”
Haiku Cyber Range
FOUNDED:  2017
CEO: Eric Basu
HEADQUARTERS: Point Loma
BUSINESS: Producer of cybersecurity training software
EMPLOYEES: Five
WEBSITE: https://haikurange.com/
NOTABLE: Earlier in his life, Eric Basu was a U.S. Navy SEAL commander
CONTACT: info@haikurange.com