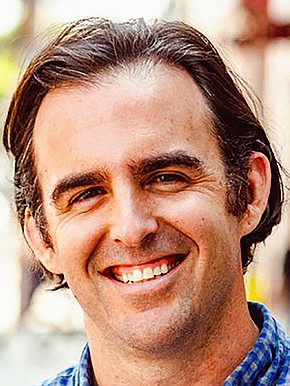 Everytable plans to open three grab-and-go stores, he said, that are estimated to generate roughly $1 million in annual revenue each and bring close to 20 jobs to the city. It also hopes to deploy around 20 SmartFridges, which are vending machines stocked with healthy meals, he said. These will be located in places like offices, hospitals, universities and gyms throughout the region.

“Everytable is a social enterprise that makes healthy, fresh foods affordable and accessible for everyone,” said Polk, who founded the company in 2016. “We dramatically lower the price of high quality, farm-to-table, freshly-prepared meals by using a single central kitchen in Los Angeles with super talented chefs. They make the fresh, healthy meals from scratch and pack them, and then we sell those either through stores or healthy vending machines or deliveries straight to customers’ homes. Because we have one singular kitchen, it dramatically lowers the operating cost of the business. So we can make high quality meals for, often, less than the price of fast food.”

In San Diego, Everytable trucks will deliver individually packaged breakfast, lunch and dinner meals. These are priced according to the median household income of the neighborhood, said Polk. For example, in National City a meal from Everytable can cost as low as $5, he said, whereas in Del Mar, the same meal would cost $9.

The goal is that all Everytable stores, at about 800-square-feet, are owned and operated by locals that want to own a business but may not have the means to do so, said Polk.

To facilitate this, Everytable raised about $5 million in philanthropic capital to run a social equity franchise program. The company finds entrepreneurs from marginalized backgrounds that don’t have the capital to start a business and lends them the money to build and own their own store.

“It’s obviously relatively close to the L.A. market, which is important, but San Diego is also a big, beautiful city with a huge focus on healthy lives and healthy lifestyles,” he said. “We expect to have more than 20 grab-and-go stores in the San Diego area over the next several years and expect to have thousands of our SmartFridges throughout the city.”