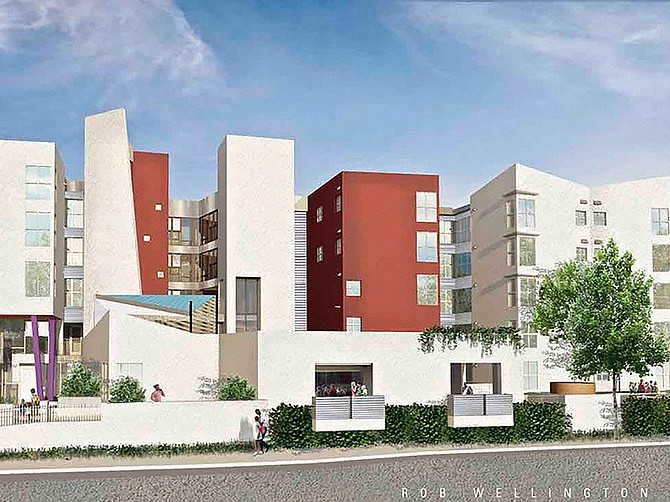 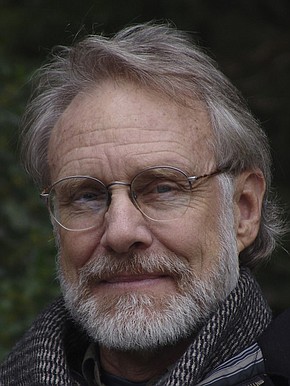 “It’s place making. We’re trying to make a place that is open and usable for the community as well as residents,” said Quigley, whose firm was the lead architect on the project bordered by El Cajon Boulevard, Fairmont Avenue, Meade Avenue and 44th Street.

“This is one of the most special and unique (projects) that we’ve ever done,” Quigley said.

Formerly known as East Block, the project includes two apartment buildings – one for seniors and one for low income families - a commercial building, and a town square that will be open to the public during certain hours of the day.

As the executive architect on the project, Quigley designed the family apartments, the town square, and the commercial building and Studio E based in Bankers Hill designed the senior apartment project.

Adding Studio E to the project “gave the project a richness it couldn’t have had if I had to design all three buildings,” Quigley said.

The town square is meant to be a focal point of the community, hosting festivals, open air markets, concerts and lecture programs, among other activities.

The town square will be overseen by a “mayor,” chosen by project residents.

“All great public places have a sense of ownership,” Quigley said, placing control of the town square in the hands of project residents does that.

“The ones that don’t work, that have crime, are the ones that don’t have anyone owning them,” Quigley said. “The senior building is designed to be eyes on the square so it provides a neighbor security component. The community was very concerned about this, making sure it didn’t become a homeless camp.”

The five-story family portion of the project – Mid-City Family Apartments - was designed to allow daylight into what would typically be dark corridors.

A double-loaded corridor has apartments arranged on each side of a corridor running down the center of a building.

The family building scales down to one-story meeting rooms and courtyards facing the sidewalk on 44th Street.

The project will have a garden on 44th Street that’s meant to be a place where residents of the senior apartments mingle with the families who share the site.

“This idea of intergenerational activity drove a lot of the design,” Quigley said.

The idea behind the five-story commercial building, what Quigley called the Civic Monument Building, is to have a restaurant on the ground floor with retail or cultural institutions above it, Quigley said.

The project is being built by Chelsea Investment Corp. in partnership with Price Philanthropies Foundation, which donated the land and is providing some of the funding.

Chelsea Investment is working on five affordable housing apartment communities in San Diego County this year with plan to start construction on three more this year. Combined, the projects will have more than 1,000 apartments.

The company has built about 9,700 affordable apartments in California and Arizona since 1995.

Construction is expected to finish in mid-2022.