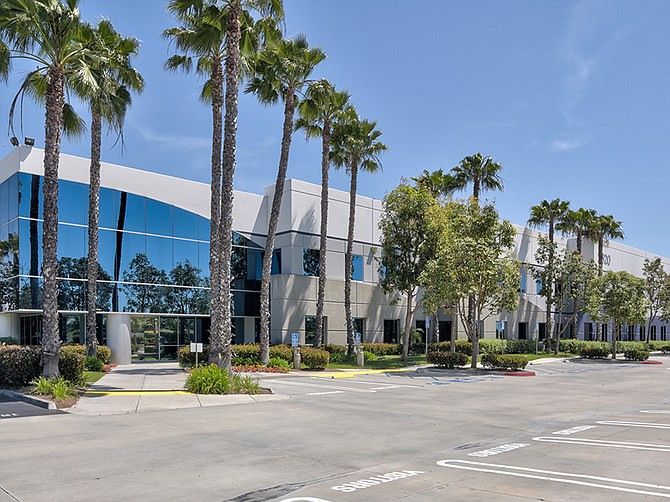 Demand for the COVID-19 test kits it makes is so intense that Cue Health based in Sorrento Valley has expanded its operations to Vista, leasing and renovating a 197,000 square-foot industrial building.

“It’s definitely an extraordinary effort,” Sever said. “It’s truly a wartime effort in the scale and the scope and the speed that we’ve been deploying resources.”

Cue Health could start producing test cartridges in Vista by the end of January, Sever said.

The company is scaling up its manufacturing to produce 100,000 test cartridges a day.

Cue Health expects to more than double its staff from the estimated 500 people it employs in Sorrento Valley to more than 1,000, with the added staff working in Vista, Sever said.

Initially, Cue Health expects to employ about 500 people in Vista.

“It’s going to be significantly more than 500 at this site over time,” Sever said.

The company is actively recruiting people to immediately start work in its manufacturing operations in Vista but will be hiring for other company functions as well once the manufacturing is in gear.

“Over time, this facility is a logistics and distribution hub as well as a production facility for us,” Sever said.

That could entail additional renovations.

“We’re prioritizing the bringing up of our manufacturing space now,” Sever said. “We do have some other improvements in mind for the office side and some of the common areas.”

Cue Health leased the building in October for more than five years from Westcore Properties.

Sever credited Burger Construction based in Sorrento Valley and Vista city officials for enabling the quick turnaround and the commercial real estate brokerage Hughes Marino based in downtown San Diego for serving as the leasing agent. McFarlane Architects based in UTC was the designer.

“We needed quite a bit of space to significantly expand our manufacturing footprint,” Sever said.

The Vista building was a good fit for Cue Health’s expansion because it was empty and had infrastructure that Cue Health needed, Sever said.

The test cartridges are manufactured in what Sever said is a series of cells.

“We can fit up to 10 of our production cells in this building,” Sever said. “We are bringing cells online in sequence. We can’t just install 10 at once.”

The cartridges are small enough to fit in the palm of someone’s hand.

In June, the Food and Drug Administration issued an emergency use authorization for the Cue Health test to be used to detect the coronavirus in people suspected to have COVID-19.

In October, the U.S. Department of Health and Human Services and the Department of Defense awarded Cue Health $481 million to expand its industrial base and production capacity to deliver six million COVID-19 tests and 30,000 monitoring systems to the government.

In November, CUE Health’s tests were deployed in Alaska, Florida, Louisiana, New Jersey and Texas by Health and Human Services, according to Cue Health.

“The deployment of Cue’s point-of-care COVID-19 test will not only increase molecular testing capacity in critical locations but will also help protect the most vulnerable populations by providing results quickly, in about 20 minutes,” Ayub Khattak, Cue Health founder and CEO said in a statement.

For now, Cue Health’s test cartridges must be administrated by a health care professional but Sever said the company plans to produce kits later this year that can be used at home.

“We have designed a product ultimately for anyone being able to use and that includes home users over time,” Sever said. “We’re hoping to enter that home testing market sometime this year.”

Once the COVID-19 crisis is over, Sever said Cue Health can produce test kits for other diseases, such as influenza.