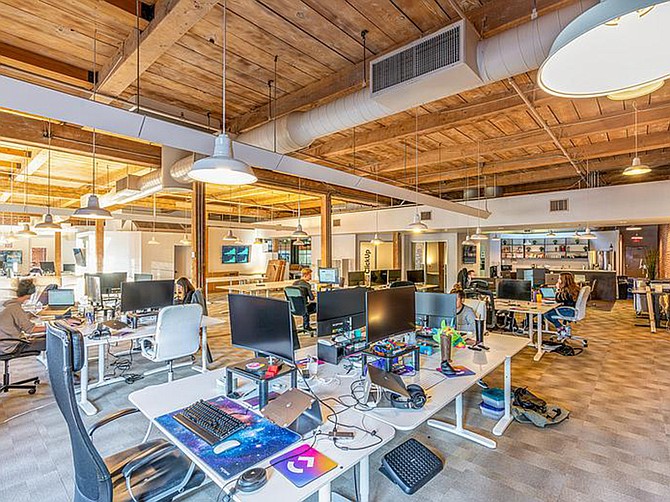 Photo Courtesy of ClickUp. ClickUp is positioned to lead the explosive productivity management software market, which is expected to exceed $102 billion by 2027.

The new cash comes only six months later, after doubling its customer base and increasing revenues ninefold as businesses embrace remote work.

The round was led by Georgian, a Canadian venture capital firm, with participation from Craft Ventures, which also invested in its Series A round. To date, the company has raised a total of $137.4 million in venture-backed funding,

ClickUp founder and CEO Zeb Evans, said the company continues to grow rapidly and will use the new funding to boost speed and reliability of its software, as well as improve features and customer support.

Founded in 2017, ClickUp moved its headquarters from the Bay Area to downtown San Diego’s Gaslamp District in January 2020. It employs a 200-person team with expectations to grow to 400 over the next year.

Since its inception, ClickUp has helped more than 200,000 teams and millions of employees lead a more productive life. The software serves as an all-in-one customizable workplace productivity platform that services all departments across an organization.

Its clients include Google, Nike, Uber, Airbnb, Netflix, and Ubisoft. In total, more than 200,000 teams use its software for project, time and workflow management.

By switching to ClickUp’s platform, businesses can improve their productivity by up to 40% saving a day’s worth of time, said Evans.

ClickUp generates revenue by selling a $5 month per user subscription plan, which gives people access to task management software, docs and wikis, chat and integrations with a host of other popular tools.

“We had seen a lot of growth pre-COVID and then post-COVID we saw that growth continue,” said Evans. “We had about 100,000 teams using our software and now we’re over double that. We were at about a million users and now we’re well over two million users that use the product as well.”

Over the next few years, the business productivity software market is expected to grow 13 percent annually on average to $102 billion by 2027, according to Grand View Research.

A highly competitive market, additional players in the productivity vertical include Asana, Monday.com, Jira and Wrike, among several others.

Evans said the company was valued at a “couple hundred million” dollars earlier this year. He added that the year proved to be a particularly strong year for the startup, with its revenue growing to “tens of millions” of dollars.

Looking forward, Evans said the company continues scaling the product through weekly updates to the company’s apps, including a newly revamped iOS and Android app which launched at the year’s end.

In December, Melissa Rosenthal became the company’s first Chief Creative Officer. Rosenthal will shape ClickUp’s brand strategy and community voice. Prior to ClickUp, Rosenthal was the executive vice president at Cheddar, a live video media company. Before Cheddar, she served as global vice president of creative at BuzzFeed.

“Workplace productivity is a white hot space, but the industry today lacks clear definition. Too many tools with too few features have left customers unsure of where to turn to fit their expansive needs,” said Rosenthal. “With the market’s best all-in-one product and explosive organic growth, ClickUp has the unique opportunity to align its brand with the true potential of productivity software, push the industry forward, and become a household name.”