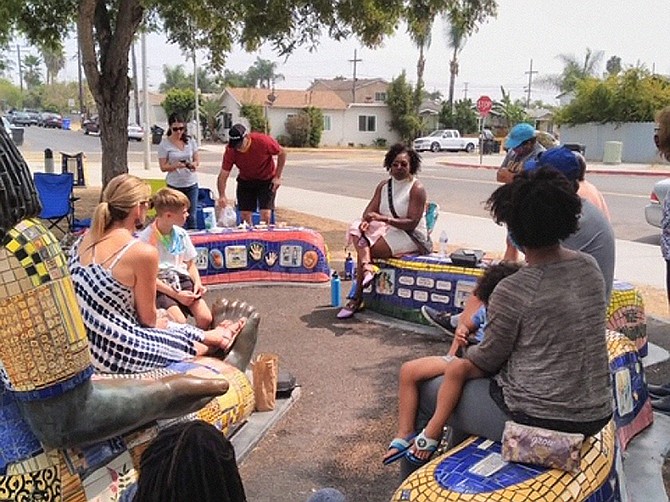 Sister Cities Project founder Shawn McClondon is pushing for diversity and racial equity, one conversation at a time. Through his newly founded nonprofit, it aims to provide a platform for Black women entrepreneurs while also helping the youth pursue their passions.

Founded in 2020, McClondon launched the nonprofit in the wake of the killing of George Floyd last year, and the demonstrations and protests against police brutality and systemic racism that followed.

Sister Cities Project seeks to address institutional racism with partnerships between affluent communities and more underserved communities, encouraging relationship building, in addition to resources and support for the communities in need.

“Sister Cities Project was created to form formal partnerships between underserved minority communities with affluent communities, mainly between White and Black people to build a new relationship and deepen cultural understanding between them,” said McClondon.

“We believe that forming these partnerships between differing communities will be the catalyst to help end racial inequality,” he added.

The organization creates programs and events that allow communities to collaborate and share resources, in an effort to forge relationships and provide opportunities for affluent communities to support the Black community. An all-inclusive nonprofit, the programs focuses on primarily Black women.

So far, Sister Cities Project has two prototype partnerships between Encinitas and City Heights, and Solana Beach and southeastern San Diego. In addition, it has hosted more than 10 “cultural tours,” as well as a San Diego Black Women Entrepreneurs Summit.

“These tours take residents from Solana Beach and Encinitas down to southeastern San Diego and City Heights, During these tours, we sit in an area that is significant to the community, have lunch provided by a Black-owned business, and ask for donations to provide a larger tip. We then have a guided discussion on how the two communities can support one another, which includes speakers from local businesses, organizations and elected officials,” said McClondon.

The summit is also a fundraiser through sponsorships to build out an ecosystem that will support the entrepreneurs in our network.

Starting in San Diego, the goal is to expand nation-wide.

“We have to be able to listen to each other and talk to each other because it’s important for us to take the next step towards social justice, equality, and ending racism,” said McClondon. “I believe that forming these partnerships between differing communities will be the catalyst to help end racial inequality.”

McClondon started his career in the internet industry in 1998. His first start-up, Designing Minds, allowed him to work with leading companies such as Intuit, Coldwell Banker and Century 21, among others. Today he runs Smart Digital, a digital marketing consulting company with clients including WD-40 Company, Dexcom and Bumble Bee Tuna. McClondon, 45, lives in Solana Beach and has two children, Damion and Quentin.