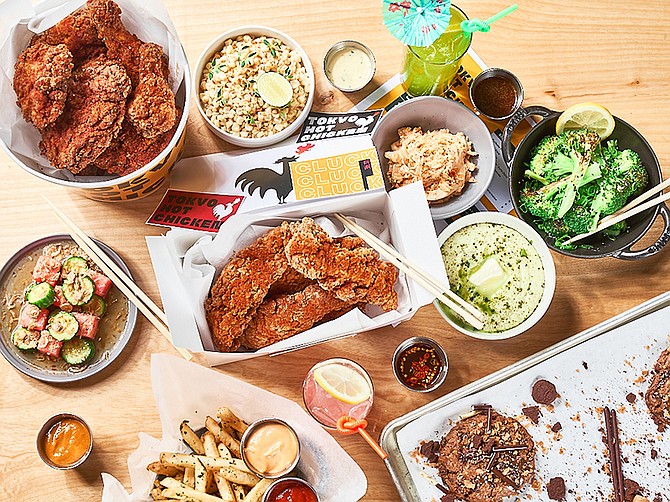 Indoor dining may still be closed due to COVID-19, but the owners of International Smoke Del Mar aren’t letting the 6,200 square foot space – particularly the kitchen – go to waste.

So far according to Mina, an Michelin award-winning chef, the food offerings are helping the company maintain about 25% of its normal revenue as well as keep all of its 104 local employees. In 2019, Mina Group, headquartered in San Francisco and with roughly 80 corporate employees, was projected to make north of $225 million, for perspective.

Why the San Diego Market?

“There are two things we look at when deciding on a market: one is the clientele and if the market is one in which food is present and relevant and on its way up – San Diego is one of those places,” said Mina. “It already has great restaurants but continues to be on its way up. Number two is product. Can you get great product there? We have restaurants in Dana Point for close to 20 years and so we already had all the purveyors, farmers, fishermen and all the great product we already knew we could get there.”

Mac ‘N Cue is a classic BBQ concept with macaroni and cheese as the focus, said Mina, adding that customers can visit the Mina Group marketplace on MichaelMina.net or third-party delivery companies like DoorDash where they can order from all of the ghost kitchens at once versus placing separate orders.

While the ghost kitchens concept isn’t a business model Mina Group had considered before COVID-19, it has kept the company up and running and connected to the community, said Yumul, president.

“We had plans to open between six and eight restaurants last year, but we had to completely halt our development plans due to the pandemic,” he said. “Within a week, everything closed one by one, based on state and local guidelines and shelter in place order. At that point, we went into a mode of thriving instead of a mode of growing and developing. We had to switch headsets and quickly go into preservation and survival. We really couldn’t sit there like ostriches with our heads in the ground. We had to make a decision on how to pivot so we can learn and grow as much as possible through this time.”

Mina Group didn’t have a delivery system in place, said Yumul, so that was the first task on the checklist, followed by launching the different ghost kitchen brands.

A Bit of Backstory

Founded in 2003, Mina Group is headquartered in San Francisco and has over 40+ restaurants, mostly via hotel partnerships, most of which have temporarily shuttered due to COVID-19. Directly and indirectly, it had about 3,000 restaurant employees prior to the pandemic.