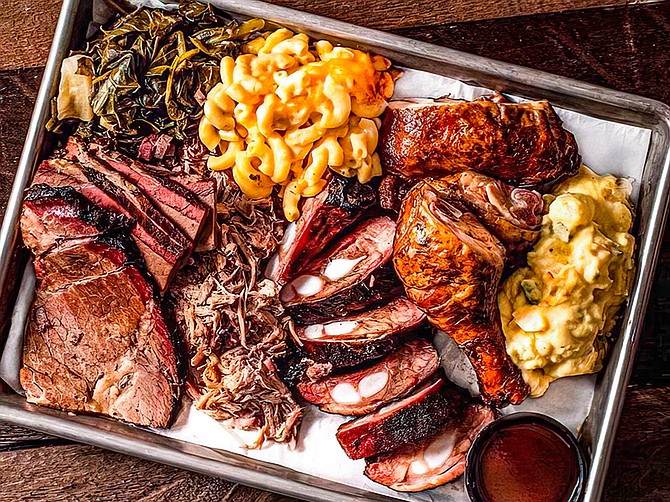 “It was the Friday after the first case was announced and we let all our employees go – we were getting ready to close,” said Brad “Coop” Cooper, owner and CEO. “But something kept tugging at me over the weekend: my main three people have been with me since I opened up and I know they depend on this money to feed their families. My daughter depends on it. I depend on it. Something just told me, ‘if you close, you won’t be able to open back up again.’ On Sunday, I asked God to give me a solution and let me know what to do. And on Monday, I told my daughter, ‘how about you and I go in there on Tuesday and see what happens?’ We went in that day and it was the busiest we’d been since Christmas.”

Within hours, Cooper had called his employees back to work. And, since then, Coop’s BBQ has been reopened for pick-up and delivery through third-party services like UberEats, DoorDash and PostMates. As a result, its revenue is projected to increase from $1.3 million in 2019 to $1.5 million in 2021.

How it All Started

Cooper, who grew up between San Diego and Texas, launched Coop’s West Texas BBQ in 2007. He was subconsciously inspired by both his mother and father, who ran separate food businesses while he was growing up. In the 1990s, Cooper had his first foray in running his own food place, when he and his sister opened a restaurant in North Park. But that was short-lived for Cooper, who moved back to Texas shortly after it opened due to the passing of his first wife.

At that time, his father was running a small BBQ restaurant in Texas. That’s when Cooper developed an affinity for the style of food.

For over a year, Cooper stayed in Texas, learning the craft from his father that would later, unbeknownst to him, become his own livelihood.

When he returned to San Diego, he enrolled in nursing school and launched his medical career at Kaiser Permanente hospital. That, Cooper said, is when he began honing his BBQ skills and testing his own recipes among his work friends.

“What I used to do is I used to smoke meats and vacuum seal it and freeze it and I would sell it to my coworkers,” he said. “I used to call it BBQ in a bag. I used to also drive to beauty shops and barbershops over the weekends and sell BBQ food plates.”

It wasn’t until a few years later that he was approached by a local woman who was opening a co-op food location in Lemon Grove, Cooper said. Not interested in running his own restaurant – or so he thought – Cooper agreed to take the lunch hours, sharing the 1,300 square foot space with two other alternating operators. When that woman wasn’t able to keep her part of the bargain, Cooper decided to negotiate the lease and open Coop’s as a standalone operation.

He first won the landlord over with a plate of BBQ brisket and ribs, collard greens and yams, he said.

Today, Cooper is one of the most respected BBQ men in town and Coop’s BBQ is a fixture not only within the local Black community, but all of San Diego County. In 2016, Coop’s made Yelp’s “Top 100 Places to Eat in the Nation” list. He said people drive from places like Poway, Orange County and Eastlake to have a taste of his West Texas flavor.

Inspired by his success, Cooper opened a second concept, Da Chicken Coop, in 2014 (it remained opened for a year and then reopened in 2018 as a chicken and waffles spot). That location is also doing well, he said.

Tara Leigh Cooper, general manager at Coop’s and daughter to Cooper, said it is consistency that makes Coop’s stand out among other BBQ operators in town.

“Consistency is major in the restaurant industry as it keeps our loyal customers coming back,” she said, adding that since the beginning of 2020, Coop’s hours have been modified to 10 a.m. to 3 p.m. “Reconstructing our business for take-out and delivery only has changed the game for us completely. It allows us to focus on our products and customer service. The fact that we have customers trying their best to make it within the five hours we are open is impressive. It shows me we have the support of the community and beyond, since we have customers drive from L.A. I always tell the staff: you serve one great meal along with some great customer service, it will return tenfold.”

Later this year, Cooper hopes to launch the first Coop’s West Texas BBQ online store, through which he will sell packaged, fully cooked meats. He also plans to broaden the Coop’s brand by developing a franchising model by Q4.