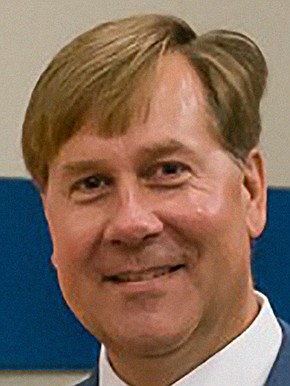 Funds will go toward integration of an autonomous core system in the aircraft along with continued operational experimentation through fiscal 2022. The federal fiscal year runs from Oct. 1 to Sept. 30.

Also competing for funds in the Skyborg Vanguard program is The Boeing Co. (NYSE: BA).

Kratos is using its XQ-58A Valkyrie unmanned aircraft for the Skyborg Vanguard project, while GA-ASI is using its MQ-20 Avenger. The latter is a jet-powered aircraft also known as Predator C.

Leidos has the contract to develop the autonomous core system, or ACS, billed as the “brains” of the aircraft, according to published reports.

Kratos issued a statement saying it that it remains committed to be ready for a 2023 Skyborg Vanguard program of record.

“The Kratos approach to developing and delivering attritable unmanned jet aircraft directly aligns with the USAF objectives from digital engineering development to affordable mass to distributed lethality,” said Steve Fendley, president of Kratos’ Unmanned Systems Division, in a statement distributed by the company. The word “attritable” refers to an aircraft that can acceptably be lost in combat.

“The Kratos Valkyrie was ready for its first flight of the full-scale aircraft system (note we rarely experiment with subscale prototypes because for integrated aircraft systems, scalability is not linear and therefore results in additional cost and schedule) in under 30 months from initial concept,” he went on to say. “Our approach is a tailored version of digital engineering/digital development specifically designed to support rapid and affordable physical system development. The process consists of a cyclical succession of digital design and digital analysis combined with rapid prototyping of high-risk elements, supported with both conventional and company-developed life-cycle digital toolsets. The XQ-58A Valkyrie exemplifies both the approach and result; a true attritable (cost, operational methods and performance) unmanned jet aircraft system uniquely applicable to the Skyborg Vanguard requirements.”

“Our demonstrated success in developing affordable unmanned jet aircraft systems includes over 10 different aircraft types for a range of tactical and target applications,” the executive said. “For the Valkyrie and its multiple program opportunities, we leaned forward with internal funds and established an initial production run of 12 aircraft systems.

“These aircraft are coming off the line this year and next. Our unique position as a mid-tier system provider enables us to take these more commercial (versus conventional defense primes) approaches which benefit the DoD and demonstrate the speed that is achievable through leveraging the Silicon Valley approach to technology and system development.”