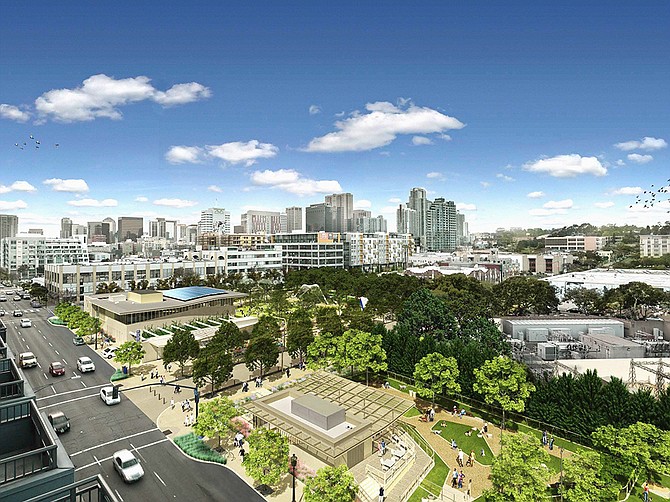 Rendering courtesy of the City of San Diego East Village Green, a 4.1-acre park in East Village, is expected to draw other development to East Village.

East Village is doing fine, thank you, pandemic or no pandemic.

Some said development in the downtown neighborhood took a pandemic pause but others said development kept perking along, with several notable projects starting or wrapping up and more on the way.

“It has things that are opening and they’re making a bet on downtown and that East Village is the downtown of the future,” said Betsy Brennan, president and CEO of the Downtown San Diego Partnership. 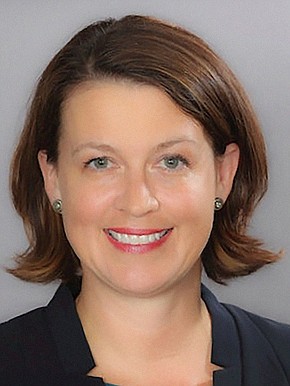 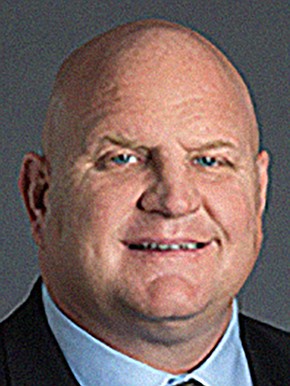 “There’s still a lot happening on the residential, commercial, life science and everything in between,” Brennan said, citing as an example the planned construction of a $145 million project by Cisterra Development – the Radian at 659 Ninth Ave.

The 22-story project by Cisterra will include downtown’s first Target store and 241 apartments above the historic Farkas Store Fixtures Building.

“We continue to look for opportunities in that neighborhood,” said Jason Wood, a principal of Cisterra.

The company includes the Diamond View at Petco Park office building and Sempra Energy’s downtown headquarters among its past projects.

“It’s night and day from what it was 20 years ago,” Wood said of East Village. “It’s had it challenging moments, challenging days. We think it’s a great neighborhood to reside it, work in, play in.”

Joshua Ohl, director of market analytics for the real estate research firm CoStar, said that there’s been a steady stream of residential construction in East Village.

Ohl said that there was a slowdown of activity in East Village at the very beginning of the pandemic, but that didn’t last.

“The market’s just red hot on the apartment side,” Ohl said.

Over the next four quarters, Ohl said projects will break ground in East Village that will bring 2,100 to 2,200 apartments to market. 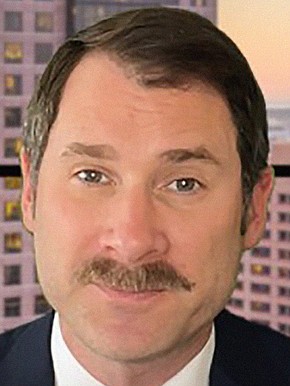 “It doesn’t seem like that streak of having 1,500 to 2,000 units under construction at any one time is going to come to an end,” Ohl said. “Developers are going to feel pretty bullish. Renters are flocking there right now.”

Apartment rents in East Village have gone up 8.5% year over year as of mid-August, and he said that the area has a vacancy rate of about 7%.

On the office side, Ohl said “East Village office is going to be more boutique in nature verses other areas of the city.”

Economist Alan Nevin, director of market research at Xpera Group, said that he’s seen no slow up in activity in East Village.

“There is a lot happening in East Village right now, big stuff,” Nevin said. “Within five years from now, it will be mostly developed.”

“I don’t think that COVID made any difference on rent-ups. All during COVID, you had Park 12, which is 700 units and they continued to rent up,” Nevin said, referring to the apartment project by Greystar at 100 Park Place. “It’s sort of amazing.” 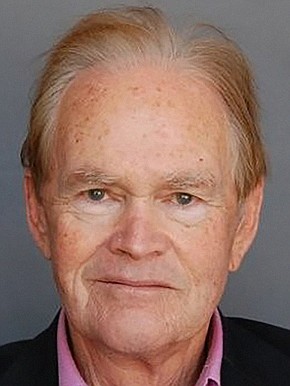 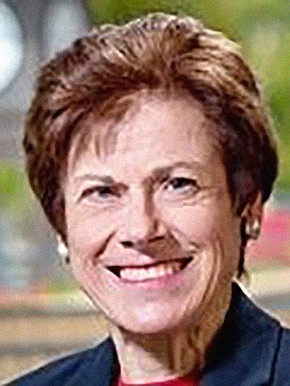 “As is true for most downtowns, residential developers in East Village are slowing down until they can gain a better read on future demand,” Reaser said.

Nevertheless, Reaser said that “East Village will help define post-pandemic life in downtown San Diego. It is likely to focus on people looking to live in closely-connected communities featuring many entertainment opportunities.”

Reaser added that “Restaurants and live music promise to give East Village some of the entertainment ‘buzz’ offered by the Gaslamp and Little Italy. The return of tourism and convention business will drive growth further.”

With a few exceptions, London said that “the active development cycle is mostly on pause and we’re sort of in the fill-up portion of the cycle where vacancies are being filled and recently completed towers are looking to be filled now.”

Brennan of the Downtown Partnership said that a key project for future development is the East Village Green, a 4.1-acre park that is bounded by F, G 13th and 15th streets.

“There are a lot of projects that are sort of waiting for that to break ground so they could go ahead and redevelop their projects,” Brennan said.  “So many projects are around it, it’s a domino effect,” Brennan said.

The first phase of the project – estimated to cost $52 million - would cover two acres and include a two-story, 14,200 square foot community center, a lawn area, a children’s playground, a performance pavilion, separate dog parks for big and small dogs, public restrooms, and a 185-space below-ground parking garage.

“We anticipate that going out to bid for construction, probably within the next month or so,” said Brian Schoenfisch, deputy director of the Urban Planning Division of the city Division of Development Services.

“We’re wrapping up all the permits on that right now,” Schoenfisch said.

Construction is tentatively expected to start later this year and finish in 2023.

“By the end of 2023, we’re looking at completion if everyone stays on schedule. That includes the park as well as the greenways, which parallel the park and allow the street to be closed on weekends for special events,” Schoenfisch said. “The idea there is to have a complete network of greenways that connect parks together and residents to parks.” 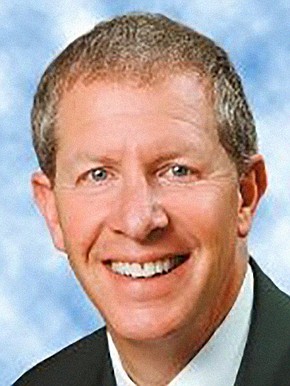 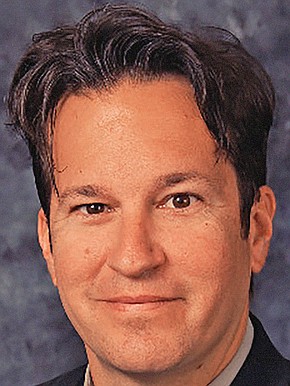 The building is quickly filling up with formal programming from lectures and dance performances to film showings and concerts due to start in January, according to Mary Walshok, associate vice chancellor for public programs at UC San Diego and a driving force behind the downtown project.

Construction of the four-story, 66,750 square-foot building finished toward the end of 2019 but the pandemic did slow finish work, Walshok said.

Media Arts Center San Diego is moving into the building with a soft opening of its Digital Gym Cinema in October.

“We’ll be the only art house south of Los Angeles,” Walshok said.

Among other organizations that will have a presence in the building are the Black Chamber of Commerce, Mission Driven Finance, San Diego Workforce Partnership, and the San Diego Economic Development Corp.

Walshok said her hope is that the UC San Diego building “will help establish East Village define its unique identity in the panoply of neighborhoods around town.”

Combined with City College and other institutions such as the downtown library and the New School of Architecture, Walshok said she sees the university forming a cultural chain that extends up Park Boulevard toward Balboa Park.

“I just hope it doesn’t over-gentrify, I hope there will still be diversity and edginess in who lives there, the businesses that are there,” Walshok said. “We’re going to be a good partner in East Village’s place-making process. As East Village continues to define its identity, its character, I think it can be informed by this wonderful development along Park Boulevard which starts with the library.”

Sumeet Parekh, managing partner of HP Investors is among those who said the pandemic slowed the momentum of development in East Village, but Parkeh said “that’s starting to come back now.”

“It just took a little bit of a hiccup,” Parekh said. “It’s definitely getting better than it was at this time last year and even at the beginning of this year,” I’m definitely seeing a lot more tenant activity on the retail side.”

On the bright side, Parekh said new apartment projects in East Village are leasing well. 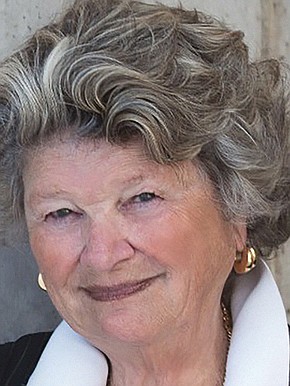 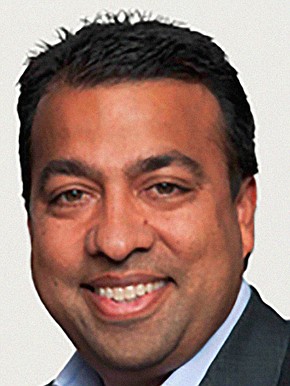 HP Investors is planning a mixed-use project at 15th Street and G Street that will have 50,000 square feet of office space and 450 apartments, Parekh said.

“To make it a really dynamic neighborhood, we need more office,” Parekh said.

An ongoing issue that hurts East Village is the number of homeless people living on the streets in the neighborhood.

“It’s up to the city to make sure the negative impacts of the homeless are going to be dealt with,” Parekh said.

A project meant to address the homeless issue is the $145 million St. Teresa of Calcutta apartment that Father Joe’s Villas is building at 14th and Commercial streets.

St. Teresa’s will have 407 apartments designed to provide homes for 500 people who are homeless.

Liberty National is building 37-story apartment tower with 435 apartments at 10th Avenue and B Street.

“With the community that has been developing around Petco Park and Horton Plaza’s redevelopment into the creative office space ‘Campus at Horton,’ East Village will continue to grow with residential offerings and connect closer to all of downtown,” Schmidt said.