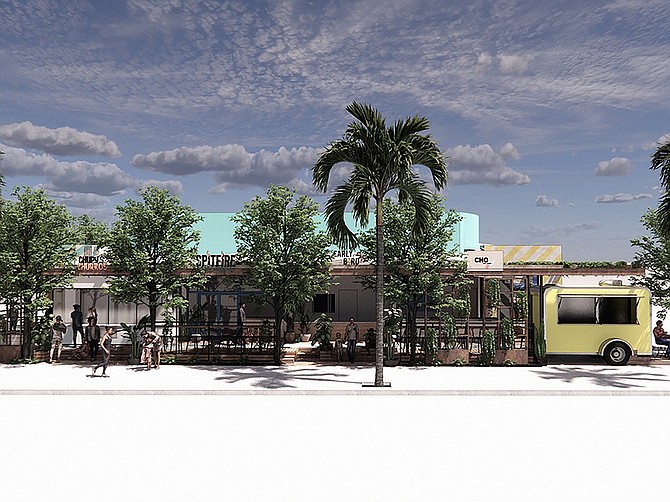 Scott Slater, better known as the founder of burger chain Slater’s 50/50, has a new culinary venture in the works.

The local restaurateur, who owns and operates Spitfire Tacos and The Head Lettuce, both in La Jolla, as well as ghost kitchen Early Bird Breakfast Burrito, has taken over the lease of a 4,000 square foot property in Pacific Beach. 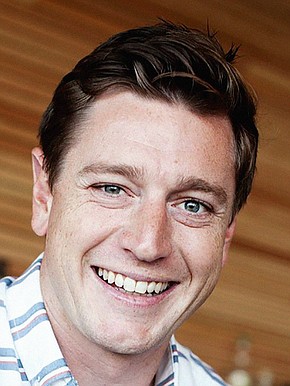 Closed in 2018 after running for 50 years as a Denny's, the location will be converted into a five to six restaurant collective dubbed Mission + Garnet. With one shared kitchen, the space will house a Head Lettuce, a Spitfire Tacos and the first physical outpost of Early Bird Breakfast Burrito, said Slater, as well as new concepts like a dessert place and a sandwich house.

Scheduled to open May 2022, early projections have the property garnering a revenue of roughly $1,000 per square feet, according to the San Diego State University alum.

“It’ll be five or six restaurants, and, similar to Spitfire Tacos and The Head Lettuce, will have a shared kitchen, except customers won’t know the restaurants are connected,” said Slater, who has a staff of 20 at his parent company Slater’s Enterprises, LLC, founded in 2019. “We are building out one single kitchen to cook all different proteins. They will have completely different menus, different uniforms, different touch pieces, different brands. Early Bird Breakfast Burrito, the virtual brand, will have its own storefront in Pacific Beach. The two other concepts, the dessert place and a whole meat sandwich and plates concept, are yet to be named. They are complimentary but not competitive.”

The average restaurant profit margin is around 3% to 5%, according to reports. Because food and labor costs are high, as well as construction and equipment costs, Slater is hoping the shared kitchen concept will be the new, post-pandemic business model.

Mission + Garnet currently has a small patio on the south side of the property, said Slater. That will be extended on the east, west and south side all the way to the property line, he said, for an open and COVID-friendly feel.

Nuwan Ranasinghe, president of East Village-headquartered GTC Design Studio, is behind the design of the exterior of the project.

“Mission + Garnet is a conceptual reflection and response to the post-pandemic world,” he said. “Architecturally and design-wise, it values expressing individual concepts cohesively while creating a unique identity for each on a very critical and historic San Diego intersection. Visitors can expect a recognizable and local casual meeting point, where patrons will be encouraged to meander seamlessly off the public realm into a vibrant and warm atmosphere to enjoy delicious goods and a community-centric environment.”

Slater sold Slater’s 50/50’s six restaurant chain to Elite Restaurant Group in 2016 for an undisclosed amount. In 2017, he opened a small wine bar called TBS Tavern in Mission Valley and in 2019, he opened Spitfire Tacos and The Head Lettuce.

In 2020, in response to the coronavirus crisis, he launched Early Bird Breakfast Burritos. And, earlier this year, he partnered with Downtown’s Le Parfait Paris owners Guillame Ryon and Ludi Ryon for the opening of Understory Bar, a craft cocktail and wine bar located at Del Mar Highlands Town Center’s Sky Deck.

Now he is looking forward to launching - and then expanding - the collective brand.

“The main strategy right now is Spitfire and The Head Lettuce and the consolidated model,” he said. “We are looking at franchising in the Bay area and some locations in Boise. The idea behind this is looking at the second-generation casual dining spaces that landlords are having issues filling and us going in and reactivating it with multiple concepts and one kitchen. That is the long-term plan.”