A group of San Diego organizations led by The San Diego Foundation have teamed up to create a fund aimed at increasing the level of Black home ownership in San Diego County. 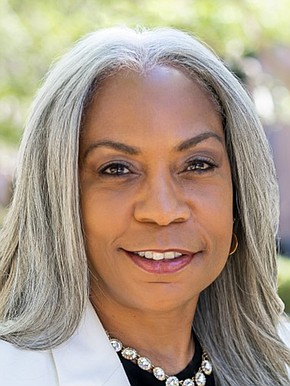 In San Diego County, the home ownership rate among Blacks is 31% compared to about 55% for whites, Payton said.

“We really wanted to make a statement on the importance in investing in this community,” Payton said.

The fund will provide grants of up to $40,000 for first-time Black Homebuyers to cover the cost of a down payment.

Combining that with other programs, a Black home buyer could get up to $72,000 in total grant money to be applied to a down payment and closing costs, according to the foundation.

“What we’re trying to do with this fund is support long-last change,” Payton said. “We don’t see this as a short-term initiative at all.”

Home ownership creates what the foundation called generational wealth that can be tapped to help pay for education, help children buy their own homes when they come of age, or help with other expenses during hard times.

The fund was started with an initial pledge of $1 million by the San Diego Foundation.

LISC San Diego also contributed $250,000 and will administer the program.

As of mid-August, the fund had grown to $3.5 million, Payton said, but there’s no set goal.

“The sky is the limit, the need is great,” Payton said.

To qualify for a grant, prospective buyers must complete financial literacy training through the Urban League of San Diego County.

The home buying process itself is pretty much the same as it would be without the help of the Black Homebuyers Fund.

Buyers find a home – typically through a real estate agent – go to a lender, and apply for a loan.

The also apply for help from the Black Homebuyers Fund through LISC.

Notable: The San Diego Foundation was named a 2020 Top Work Place by the San Diego Union-Tribune and was honored in 2021 with the U.S. Secretary of Housing and Urban Development Public-Philanthropic Partnership Award for its work with the San Diego COVID-19 Community Response Fund.