General Atomics’ Electromagnetic Systems business unit continues on-time deliveries of its novel launch and recovery equipment for the U.S. Navy’s next-generation aircraft carriers, with more than 97% of the gear delivered for the second carrier and more than 25% delivered for the third. GA made the announcement in mid-July.

The Navy has yet to award GA a contract covering equipment for the fourth and final aircraft carrier. 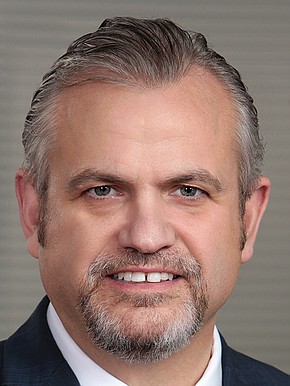 GA produces the Electromagnetic Aircraft Launch System (EMALS), which uses a linear motor to catapult an aircraft off the deck of a carrier. Conventional aircraft carriers, including those homeported in San Diego, use steam catapults. GA also produces the Advanced Arresting Gear (AAG). It utilizes new technology to absorb the kinetic energy of an aircraft as it snags a cable while landing on the carrier deck.

A July report from the House Appropriations Committee addressed the contract for the fourth carrier (called CVN-81 in budget documents). “The Committee is concerned by the continued delays in the Navy’s approval of the acquisition strategy for the Electromagnetic Aircraft Launching System and Advanced Arresting Gear for CVN-81,” the report states.

Bloomberg, citing a Navy source, reported in July that a preproduction planning contract for EMALS and AAG systems for the fourth carrier is on track for award by Dec. 31. A full construction contract may be awarded in the fiscal year that ends on Sept. 30, 2023. The carrier is to be named after Doris Miller, a Black sailor and a World War II hero.

“The effects of the pandemic during the past year have presented everyone with some incredible challenges, and we are proud of our team’s dedication and focus on delivering EMALS and AAG equipment for Ford-class carriers even under the most difficult of circumstances,” said Scott Forney, president of GA-EMS.

The EMALS and AAG systems are now in use on the first in the series of aircraft carriers, the USS Gerald R. Ford. The ship has yet to make its first deployment.

GA recently announced that the equipment on the Ford achieved 8,157 successful aircraft launches and recoveries during the ship’s independent steaming events. More than 400 pilots, including new student aviators, achieved their initial carrier qualifications or recertified their proficiency using EMALS and AAG. Both systems, GA said, successfully completed aircraft compatibility testing, which confirms the ability to launch and recover aircraft in the current naval air wing.

Privately held General Atomics, based in San Diego, produces the gear at a plant in Mississippi.

NOTABLE: The company was founded as a division of General Dynamics in 1955. Following several ownership changes, brothers Neal and Linden S. Blue bought it in 1986.