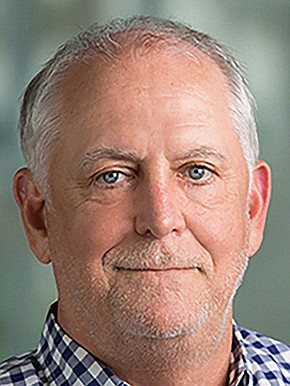 In the same quarter one year ago, Viasat reported a net loss of $12.4 million on revenue of $530.5 million.

The company, with its main office in Carlsbad, builds satellite communications equipment and offers satellite services to consumer, commercial, government and military users.

Euro Infrastructure is the remainder of a joint venture that Viasat had with Eutelsat. The joint venture operated a communications satellite serving Europe, the Middle East and Africa; the business also includes ground infrastructure.

RigNet, which works in the oil and gas industry as well as other markets, offers ultra-secure, intelligent networking solutions and specialized applications. Viasat said the acquisition will let it expand into new and adjacent industries, including renewable energy, transportation, maritime, mining and other markets.

Executives said both acquisitions give Viasat a foothold in worldwide markets as it prepares to launch its ViaSat-3 constellation.

ViaSat-3 will consist of three satellites with nearly worldwide coverage.

During the previous quarter, the company shipped its first ViaSat-3 payload to the Boeing Co. (NYSE: BA) which is integrating it into a satellite that is planned to serve the Americas.

Viasat received $595 million in contract awards in the recently ended quarter, which was roughly the same as the previous quarter ($593 million) but down from $737 million in the like quarter one year ago.

Viasat now has an order backlog of $2.2 billion. The backlog figure does not include certain yet-to-be-awarded military contracts, potentially worth as much as $4 billion.

Breaking with its usual practice, Viasat offered guidance for the year ahead and beyond.

Viasat also predicted average annual adjusted EBITDA growth in the mid-teens from the fiscal year ended in March 2021 through the fiscal year ending in March 2023. EBITDA stands for earnings before interest, taxes, depreciation and amortization. Viasat said that growth will be moderated by expenses associated with new market entry and the ViaSat-3 ground segment, as well as a higher investment in research and development.

“This guidance shows that we expect solid growth over the next two years across all of our business as we begin to bring the ViaSat-3 network online,” Baldridge said during the analyst call.

“We believe ViaSat-3 will be transformational not just for Viasat but for the global broadband services market,” wrote Baldridge and Executive Chairman Mark Dankberg in a quarterly shareholder letter.

“In the intervening quarters we are focused on executing on our substantial backlog, and growing revenue and adjusted EBITDA, while continuing to invest in unique and differentiated technologies, service offerings and new vertical and geographic markets. A vast opportunity for space-based connectivity is unfolding and we’re excited about what we can bring to a unique and diverse portfolio of applications, partners and customers.”

Work has already begun on a potential ViaSat-4 satellite project, executives said during the conference call.