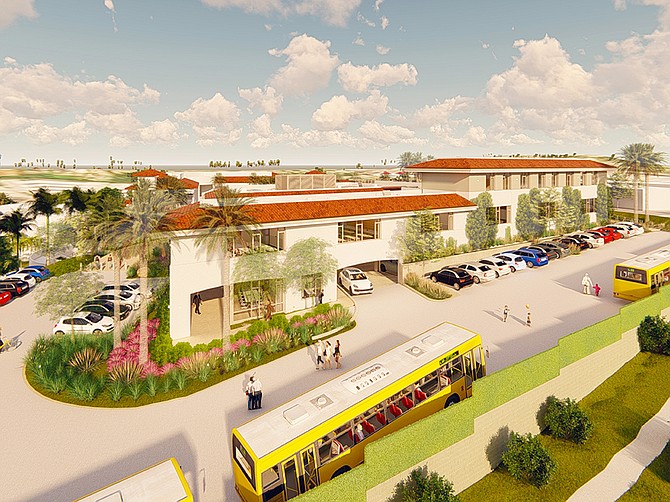 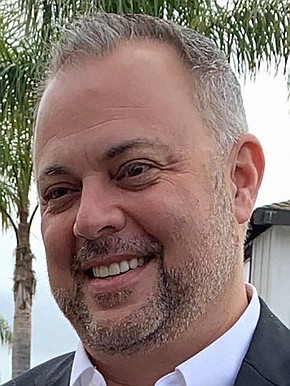 “It’s a lovely moment for a community like this to have something aspiring about the future when for the last year and a half, we’ve had a lot of heartache about COVID,” said Rod Gilbert, head of schools at Santa Fe Christian.

“It’s one of the bright spots, that a better day is coming,” Gilbert said.

According to local lore, Liz Taylor is reputed to have been among the guests and may have even honeymooned in the bungalows that made up the Los Flores Inn with one of her husbands - no word on which one.

Built in the 1930s and 1940s, the Los Flores Inn, also served as a military academy until 1977, when it was converted to a school, said Rod Gilbert, head of schools.

“In the 40s and 50s, the hotel was really a hot spot because of the view,” Gilbert said. “From the bungalows, you had a great view of the (Del Mar) race track and the ocean,” Gilbert said. 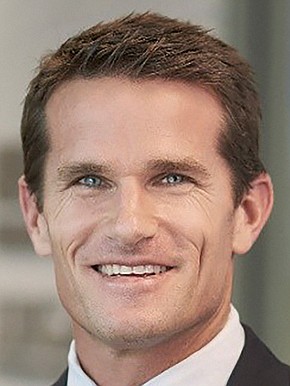 Initially, the school was affiliated with Shadow Mountain Church but within five years, it became a separate entity and has more 90 churches represented among its students,” Gilbert said.

“We were actually running classes in the old trailers and the old bungalows,” Gilbert said.

The five bungalows that made up the old motel and three modular trailers were in use through June 2021, when they were removed to make way for the new classroom building.

“Dempsey (Construction) had to literally rip them up and tow them away,” Gilbert said.

Dempsey Construction of Carlsbad is the general contractor on the classroom building and Safdie Rabines Architects based in Mission Hills designed the project and master development plan.

“It’s a monumental project for the school and their campus and their growth and where they’re headed,” said Nick Alford, vice president of Dempsey Construction.

With a constrained site of about 13 acres, “It’s a great change for them to maximize the area they have,” Alford said. 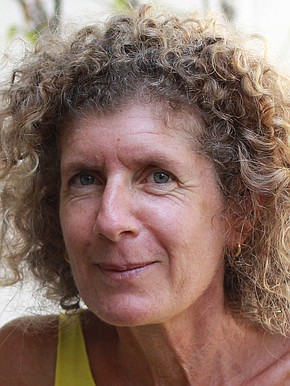 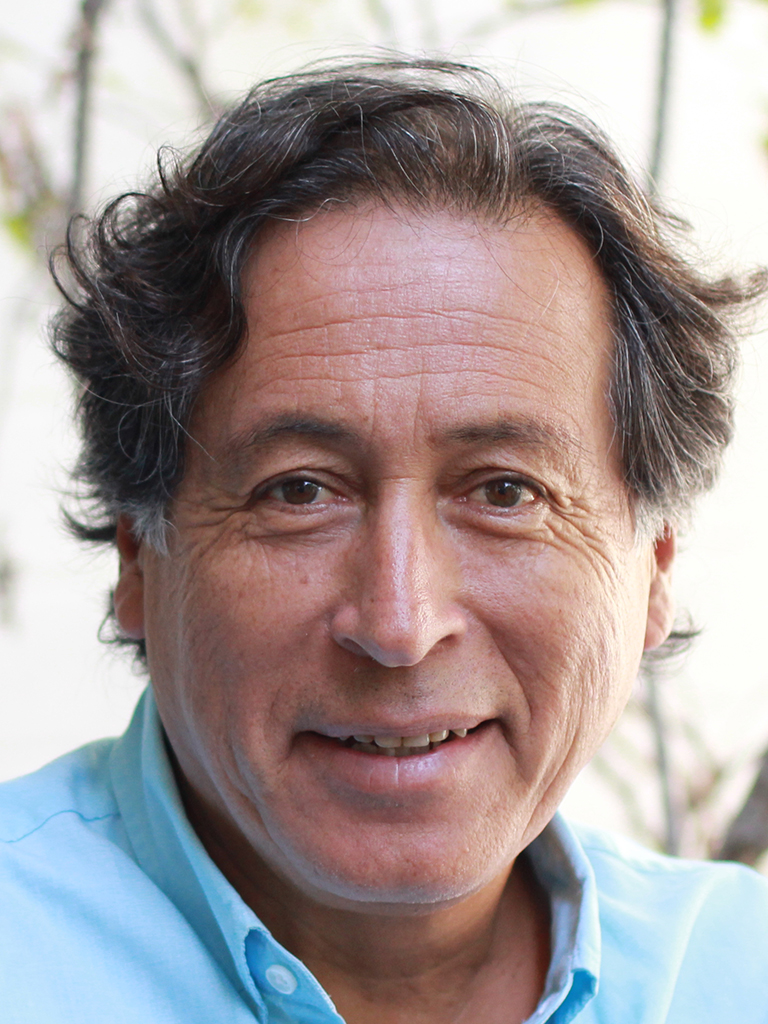 Along with the celebrity history of the hotel, Alford said there was a mystery surrounding a swimming pool that had been on the grounds.

“There were all these urban myths with the school as to what was buried in there,” Alford said. “People said they threw a bunch of the furniture from the hotel and covered it. We didn’t find anything there.”

Urban myths aside, Taal Safdie and Ricardo Rabines, co-founders of Safdie Rabines Architects, said the new three-story building follows that natural hilly topography of the site, stepping up a hill and opening out to a large courtyard.

“The hillside is extremely challenging, it is a challenge but in the end, it really added to the character of the building, Rabines said.

The 30,000 square-foot new building will include 20 classrooms, a robotics maker’s space, two large art studios and a student café.

“The kids seem to be really excited about the café,” Gilbert said.

The building will have large porches with places to visit and sit to give it a living room feel, Gilbert said.

“We wanted them (students) to feel comfortable because we’re challenging them every day,” Gilbert said.

The design of the building is meant to blend in with the existing structures on campus.
The materials are similar to those of the older buildings, “such as stucco, red tile roofs and more decorative guard rails,” Safdie said.

“There is a lot of glass, a lot of transparency,” Rabines said. “We have roof overhangs to protect from the sun, but we felt and so did the school that it was really important to have a lot of light, a lot of cross ventilation in every classroom. Almost all of the classrooms have at least two exposures and cross ventilation.”

Construction of the new classroom building is scheduled to be finished in 2022 and is the first part of a master planned redevelopment of the campus that will include a new chapel and a combination sports and arts center, Gilbert said.

Once the classroom building is finished, the school plans to move on to the next phase of the master plan.

“We’re prayerful and hopeful that soon after we open this one, we can go on with the next one,” Gilbert said.

The arts/sports complex will replace portable classrooms on the backside of the campus, Gilbert said.

Santa Fe Christian has an enrollment of 1,097 students for the upcoming school year, Gilbert said.

He said the school had a boost in enrollment in September 2020 when it reopened for in-person classes while most public schools were limited to online teaching because of the COVID-19 pandemic.

There’s a waiting list for every level but Gilbert said that under an agreement that the school has with the city of Solana Beach, enrollment can never exceed 1.100 students.

“We’re a small entity. We’re a canoe in the water compared to a (public) school district that has tens of thousands of kids,” Gilbert said.